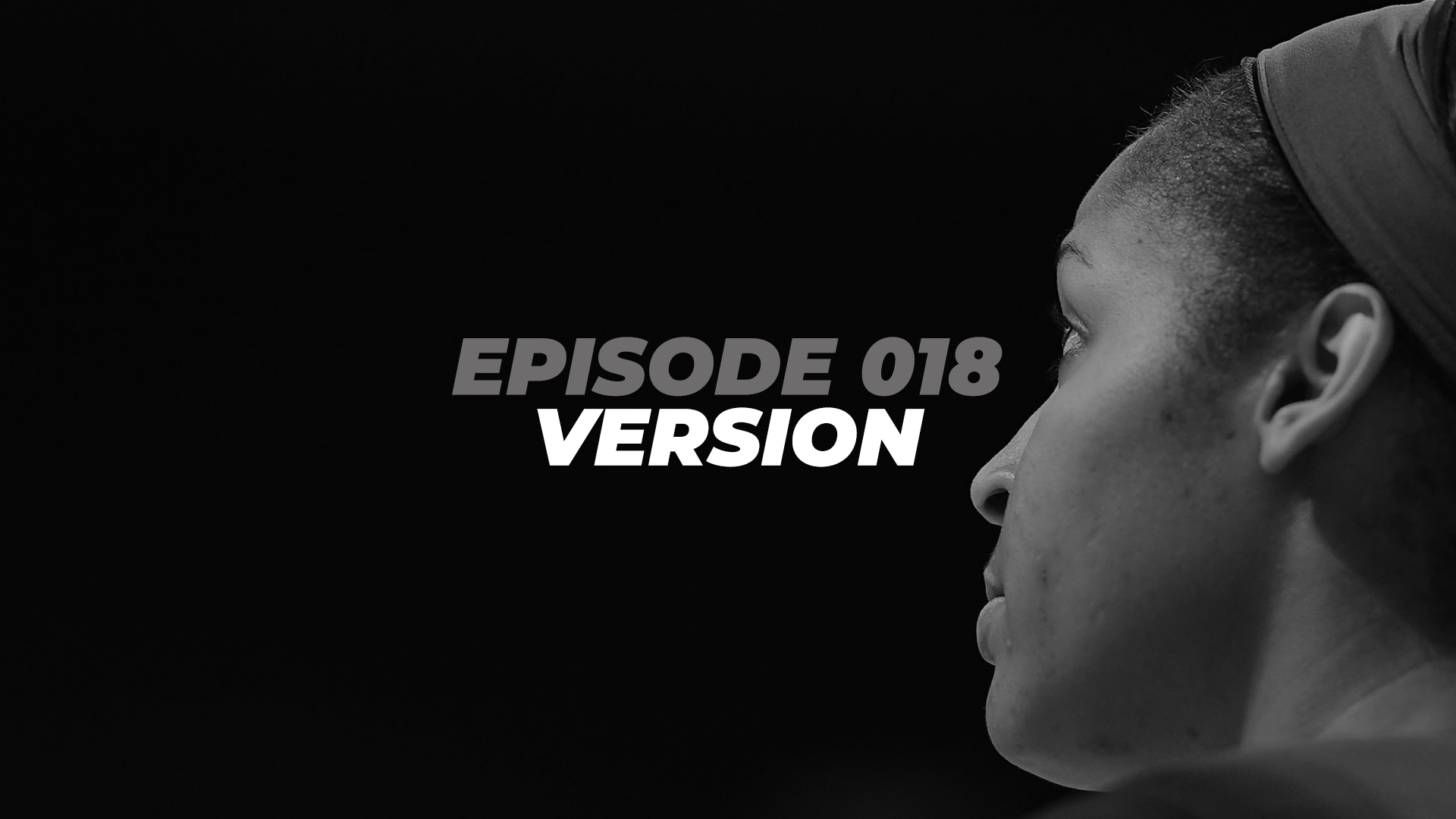 This past Monday, March 9, 2020, a Missouri inmate whose appeal of his 50-year sentence for burglary and assault has been backed by WNBA superstar Maya Moore had his conviction overturned by a state judge.

Before a packed courtroom in Jefferson City, Judge Daniel Green capped months of review by issuing a ruling that vacated the guilty verdict of the victim, Jonathan Irons, and ordered that he be released from the maximum security prison where he has been behind bars for the last 23 years.

This is the genesis of that story…

It is a little over a month into the WNBA’s 23rd season, but Maya Moore is not with her team, the Minnesota Lynx. She is sitting out for the year, perhaps longer. At 30, healthy and in her prime, she is doing something virtually unthinkable for an athlete of her stature: taking a sabbatical, a journey far from the chase for championships.

She is answering what she says is a call from God. For most of her life, others have defined her: “the Invincible Queen” and “the Perfect Superstar.” Now she believes that God wants her to step away from the fray and consider what is truly important.

When Moore announced her departure in February, she stunned the WNBA, its fans and many who are close to her.

“We were all taken aback,” said Geno Auriemma, who was her coach at the University of Connecticut. “I thought, ‘Hey, what is wrong? Is there something Maya is trying to be private about? Is it personal?’ I am still just really, really surprised.” 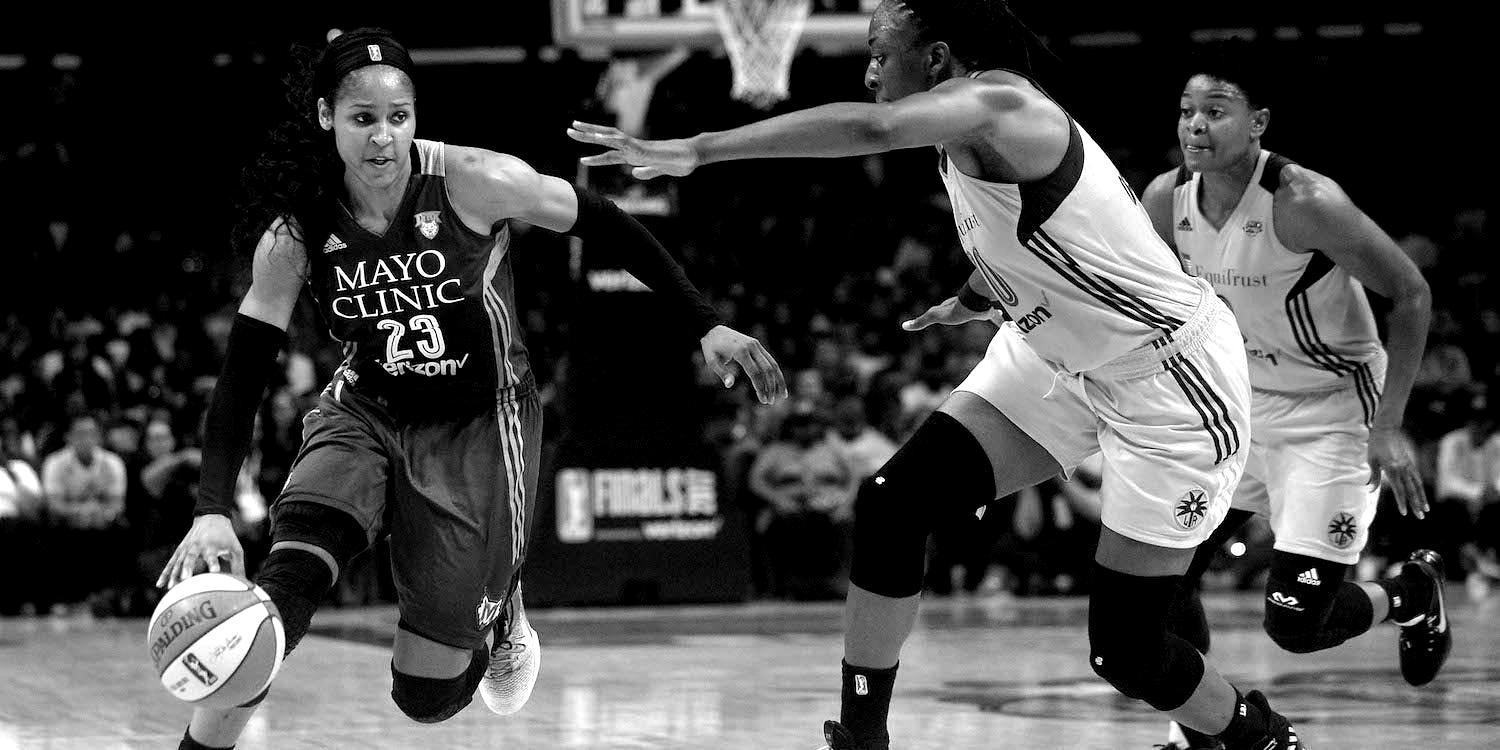 Basketball wants her back. She told The New York Times, however, that a return was uncertain. “I don’t know what the future is going to look like,” she said. “We are just going to sit in this uncomfortable tension for a year and see.”

Her reasons are complex. Burnout is one. Even the best players in professional women’s basketball make far less than their male counterparts. To maximize earnings, she has played in leagues all over the world, with few breaks. The grind, she said, has taken a toll.

But to appreciate what she describes as “the call,” one must understand why she visited the Jefferson City prison in May. Athletes are speaking with increasing urgency about social issues, but few are as engaged as Moore. Convinced that Irons has been victimized by a racist justice system, she has given money and time toward a last-gasp bid for his release.

Making a difference in just one case, Moore said, could animate a growing movement to overhaul American jurisprudence.

The day after her prison trip, Moore drove to the nearby Cole County Courthouse, where a judge would consider Irons’s request to reopen his case. Moore would be in the courtroom with members of her family. They have grown so close to Irons that they call him “Big J” and treat him as one of their own.

Together, Moore said, they will “make right a terrible wrong.”

It seems fitting that, during a search for her future, Moore has come to Jefferson City.

It is where she was born — where she discovered basketball at age 3, when her mother, Kathryn Moore, attached a plastic hoop to a door in their small apartment.

“She couldn’t get enough of it,” Kathryn Moore said.

When Kathryn was pregnant with Maya, she moved from sprawling Los Angeles to Jefferson City, which had fewer than 45,000 residents. Kathryn was single, but a strong network of cousins lived in town. Two pillars were Reggie Williams and his wife, Cherilyn. They became Maya’s godparents, on hand for her baptism at a little church downtown and for her basketball games in elementary school and junior high.

The grind began. Top teams. Expectations. The pressure that comes with always being the best.

Moore moved with her mother to Atlanta and led her high school team to three state championships. She rapidly grew to 6 feet. Her polished game won comparisons to Michael Jordan’s. Back in Jefferson City her cousins had come to know Irons through a prison ministry. They were impressed by his friendliness, wit and eagerness to learn. “There was something about him,” Reggie Williams said. “Just a peace.”

During her senior year, Moore and her cousins vacationed at a lake near Jefferson City. Williams had developed such an interest in Irons’s case that he spent months investigating it. One day at the lake, he spread court files on a table and studied them.

“What’s this all about?” Moore asked. “Why are you doing this?”

She was shocked by the bare-bones facts. Irons was a poor African-American teenager who had been tried as an adult and convicted by an all-white jury. The crime was violent and involved a gun, but no weapon was found. No blood evidence, no footprints and no fingerprints tied Irons to the crime. His 50-year sentence was handed down at a trial that ended when he was 18 — Moore’s age.

Moore recalls the day she met Irons, starting with the clang of the prison doors behind her. It made her flinch. This was a dozen years ago, just before she headed off to star at UConn.

Irons was skeptical. He was still getting used to the fact that Moore’s family was becoming a fixture in his life. He thought the teenage Moore was there for a token visit.

She sat in front of him. She said she wanted to hear his story. Where was he from? What had growing up been like?

He fought back tears.

They played checkers. Moore won. “I don’t think he realized just how competitive I really am,” she said, laughing at the memory. “I took my win, and that’s it. Not going to give him another chance.”

Then her voice softened. “Not until he gets out.”

Irons is adamant: He did not commit the crime for which he is imprisoned.

It took place in O’Fallon, Mo., a predominantly white, working-class suburb of St. Louis, on the evening of Jan. 14, 1997. A 38-year-old man, Stanley Stotler, returned to his home and was confronted by a burglar, court records say. Shots were fired, two by the burglar with a .25-caliber handgun, and one by Stotler in self-defense. The records show he had gone for his own 9-millimeter pistol when he heard someone in his closet.

The burglar fled, but Stotler, who could not be reached for this story, was badly wounded. One of the burglar’s bullets had hit him in the right temple, but he was able to call the police for help.

A week later, Irons was arrested. On the day of the crime, he had been seen in Stotler’s neighborhood with a gun. Although he was 16, an earlier misdemeanor for tampering with a car meant that he would be classified as an adult. 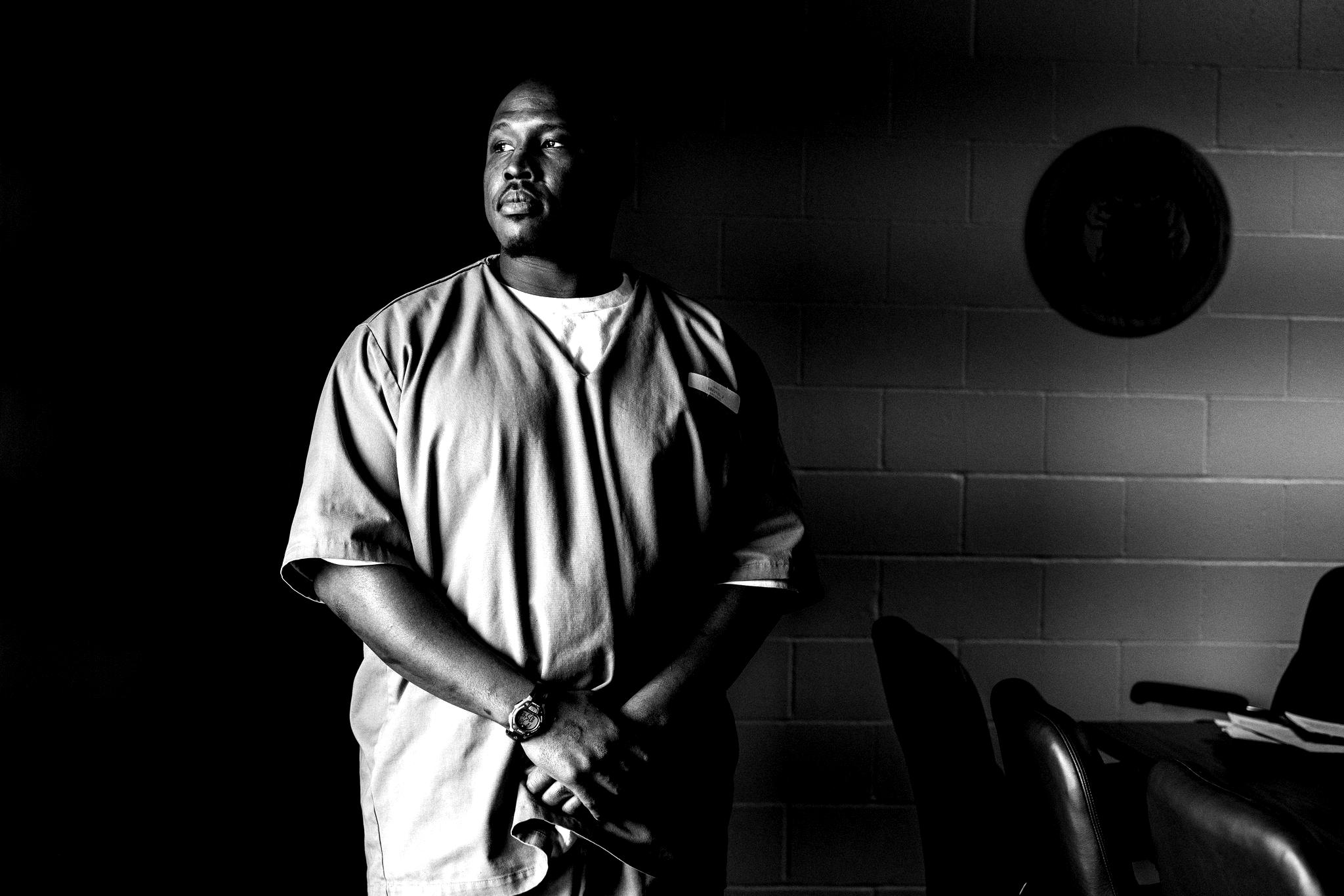 A key piece of evidence was a detective’s testimony at a pretrial hearing: He described an interrogation in which Irons said that he had broken into Stotler’s house but could not remember anything else because he had been drunk.

There were no notes from the interrogation, and no recordings. Irons was questioned without a lawyer or guardian, and no other police officers were present. The detective, who has since died, could not be cross-examined during the trial because he was ill.

Irons has always denied making such a confession. In the isolation room at the prison, he said that he’d had a gun that day, but that it was not a .25-caliber. He said that he was simply in the wrong neighborhood at the wrong time — in the wrong era.

During the 1990s, the White House and Congress encouraged harsh penalties for young offenders, many of them impoverished African-American boys and men swept up by the police, their convictions in some cases overturned years later by forensic testing or other new evidence.

Irons was convicted on Dec. 4, 1998. A series of appeals would be turned away.

What he remembers most about his early years in prison is loneliness and fear.

“I was a kid, around nothing but grown men,” he said. “I thought I would always be on my own. There would never be anybody from the outside who could help.”

Moore had grown up taking justice for granted. But during college, Moore said, she began to consider Irons as she would a sibling.

It was hard to get to Jefferson City for visits, but they kept in touch as best they could. She sent him books by her favorite spiritual writers. Sometimes before her big games, they spoke on the phone.

A bond was forming.

The basketball grind amped up for Moore in 2011, her first year as a professional, when she helped lead the Lynx to the W.N.B.A. championship and was named the best rookie in the league. Three years later, she was named the W.N.B.A.’s most valuable player.

When she wasn’t competing in W.N.B.A. games, she was medaling again at the Olympics or leading championship teams in more lucrative leagues in Europe or China.

Although Moore is a homebody who shares a four-story townhouse in Atlanta with her mother, she could rarely attend her local church or visit her tight-knit extended family. She had little time for rest, for anything but her sport.

At a W.N.B.A. game that summer, Moore and her Lynx teammates wore black T-shirts over their jerseys. On the front were the phrases “Change Starts with Us. Justice & Accountability.” On the back: “Black Lives Matter,” along with the names of Castile and Sterling, plus the Dallas Police shield.

There was backlash, but Moore said, “I’d found my voice.”

With Irons in mind, she began speaking out on a single issue: reforming the criminal justice system, with an emphasis on changing the way prosecutors do their jobs.

Lawyers and judges, she came to believe, needed a better understanding “that black and brown bodies are more vulnerable because of our country’s history, that our justice system has historically operated from a racist spirit.”

“It is true,” she said, “but not an acknowledged truth.”

Her turning point in basketball came in 2018.

Moore remembers calling Cheryl Reeve, the Lynx coach, late in the regular season. She told Reeve that her relentless schedule had sapped her desire to keep playing. She battled feelings that she was letting the team down. She said that Reeve, who declined an interview request for this story, convinced her that she did not have to be perfect all the time.

Hearing this, Moore said, helped her realize that it was OK to step away.

So when will she return to basketball?

“The word ‘uncertain’ is the safest answer, the one I feel most comfortable giving,” she said. Is there a chance you won’t come back? “Right, that is the uncertainty. The uncertainty is another year off, or potentially … ” Retire?

“That is a possibility,” she said, “but I don’t want to speak too soon.”

INFLUNSR defines integrity as choosing to be defined by what is true. Maya Moore’s life is an incredible example of that choice.

What can we bring to the Lord? Should we bring him burnt offerings? Should we bow before God Most High with offerings of yearling calves? Should we offer him thousands of rams and ten thousand rivers of olive oil? Should we sacrifice our firstborn children to pay for our sins? No, O people, the Lord has told you what is good, and this is what he requires of you: to do what is right, to love mercy, and to walk humbly with your God.

Think of a time when you tried to impress another person. What did you do? Did your efforts succeed? In what ways do you often “perform” for other people to make yourself look good? What do you think it means to “do what is right”? To “love mercy?” To “walk humbly with your God?” How is the instruction of verse 8 different from the obligations of verses 6 and 7?