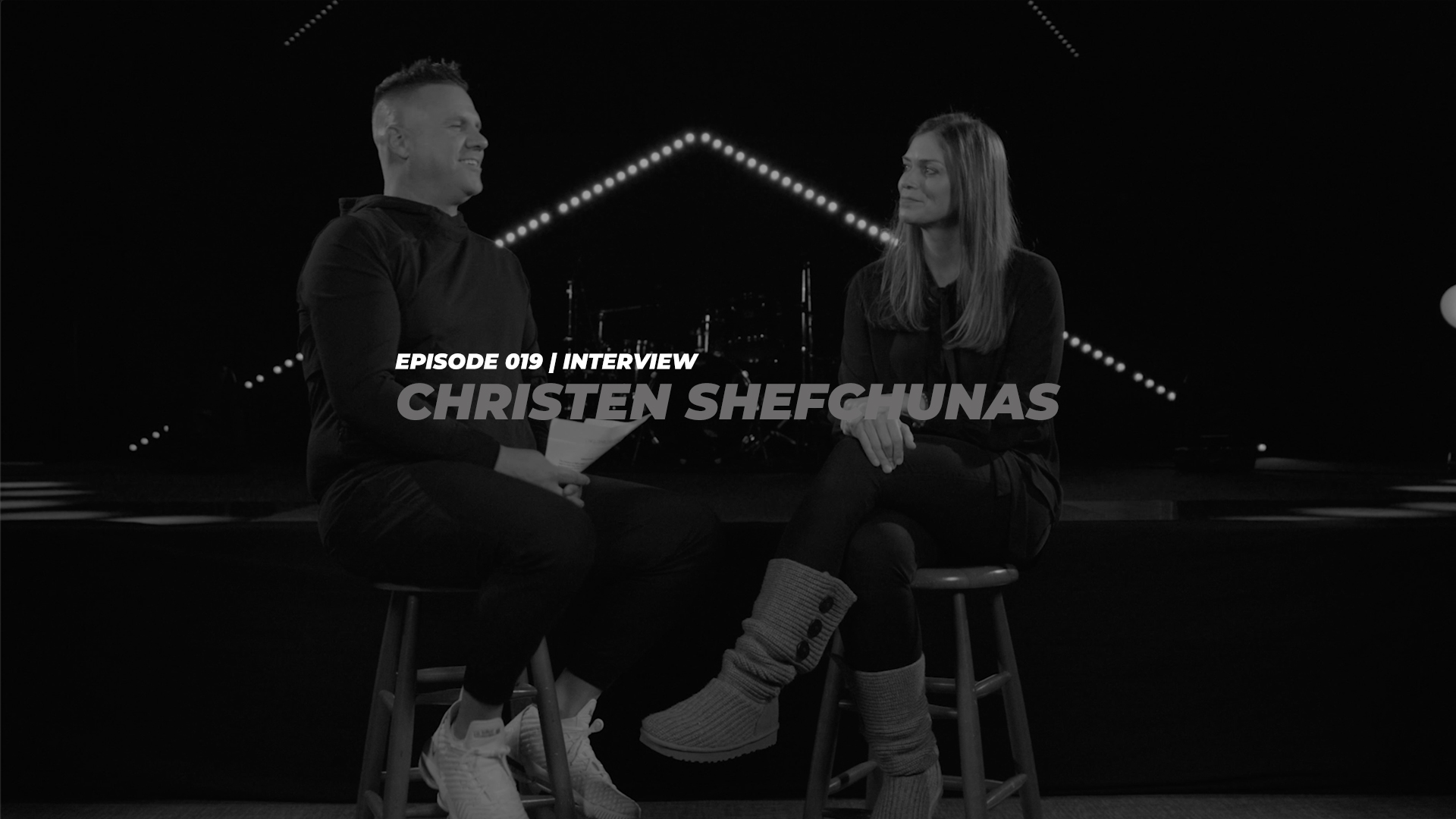 A career in collegiate swimming — both as a student-athlete and coach, including becoming the Head Swim Coach at the University of Miami — has given Christen Shefchunas an up close and personal view of so many women who miss out on their dreams because of fear, doubts and lack of confidence. Christen left her coaching career to start speaking to women about confidence. The author of Naked Confidence, Christen is a Confidence Coach for some of the top female athletes in the world — working with Olympians and National Team members — as well as women’s organizations and women in business about handling those “pressure to perform” moments and building real confidence. Coach Christen and your INFLUNSR host Stuart Hall dive into what it means to live a life of excellence: to choose to create a better future by going the extra mile.

““Comparison is the thief of joy.””

Swimming is a competitive sport that is based around comparing your individual achievements to others. Unfortunately, sometimes this can undermine your confidence and proficiency. While it can be advantageous to swim with others to push you harder than you could yourself, it is necessary to not be overly critical of your skill or speed.

Very few swimmers (and athletes in general) reach every goal they have ever set for themselves. That’s the message Coach Christen Shefchunas shares with world-class swimmers about falling short in pursuit of your swimming dreams. As a confidence coach and former All-American swimmer, Shefchunas has worked with various athletes, namely Olympic-level female athletes, to help them handle fear, doubts and anxiety.

“When you look at swimming, who gets to leave this sport reaching all of their dreams? There are so few,” Shefchunas says. “An Olympian wins a gold medal, goes a best time and retires. For a lot of us, we don’t have that happily ever after.”

An important question to ask oneself is what causes race anxiety? Shouldn’t you be able to believe in your ability after all of the work you put in throughout the season?

Shefchunas explains that even if we do 99 out of 100 things right, we tend to focus on the one thing we did wrong: “I don’t think we can truly move forward until we talk about it. Failure is embarrassing.” She believes that until we start talking about how comparison and missing our goal affects our mindset, a negative outcome will probably happen again. 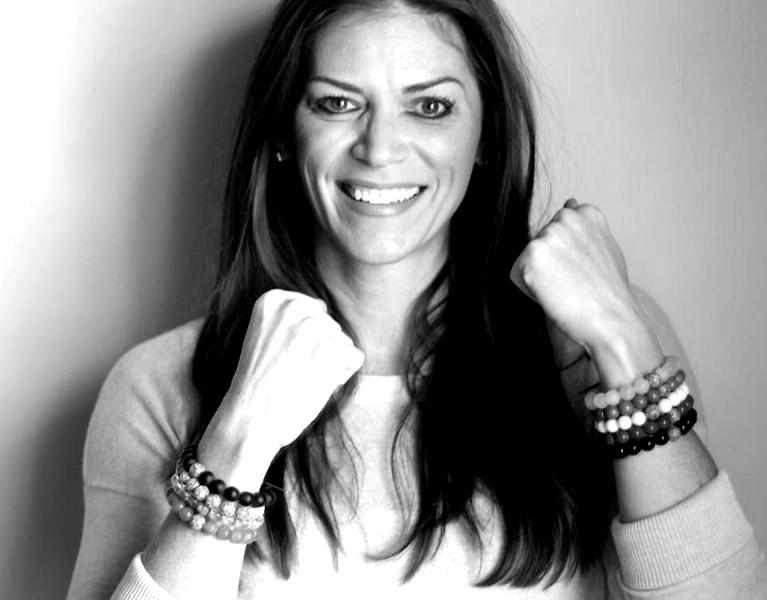 Based on the athletes she has met and worked with, Shefchunas has found that men tend to become more motivated by comparing themselves and their times to other swimmers, while women tend to lose confidence through comparison. “When we compare ourselves to another woman, it’s as if they take something away from us.”

Shefchunas is zealous to understand the difference between men’s and women’s brains when it comes to how they process competition disappointments. When it comes to women, they naturally tend to over-analyze and overthink. In fact, it’s normal. “I am passionate about sharing this information so we don’t sit and think, ‘What is wrong with me?’ any more than we already do,” said Shefchunas.

It is very important for the coach to understand the athlete’s specific personality and areas of self-doubt in order for the athlete to silence the self-defeating thoughts and grow. Sometimes, a coach hands out advice based on how their own brain works but doesn’t consider the perspective of the athlete. The effectiveness of a coach’s advice depends on where the athlete’s fear and doubt is coming from.

Fear – everyone experiences it, but everyone thinks they are the only one struggling, so it’s never talked about. Shefchunas explains: “Until you own it, nothing is going to work. We don’t want to admit that fear because it is scary and embarrassing, so we sit there and try to pretend it’s not there.”

Holding on to fear further inhibits a positive experience. “Often when we have these fears and don’t talk it out, it becomes an anchor inside of us. We go forward to step into our potential, and we can’t move because that anchor is there inside of us.” 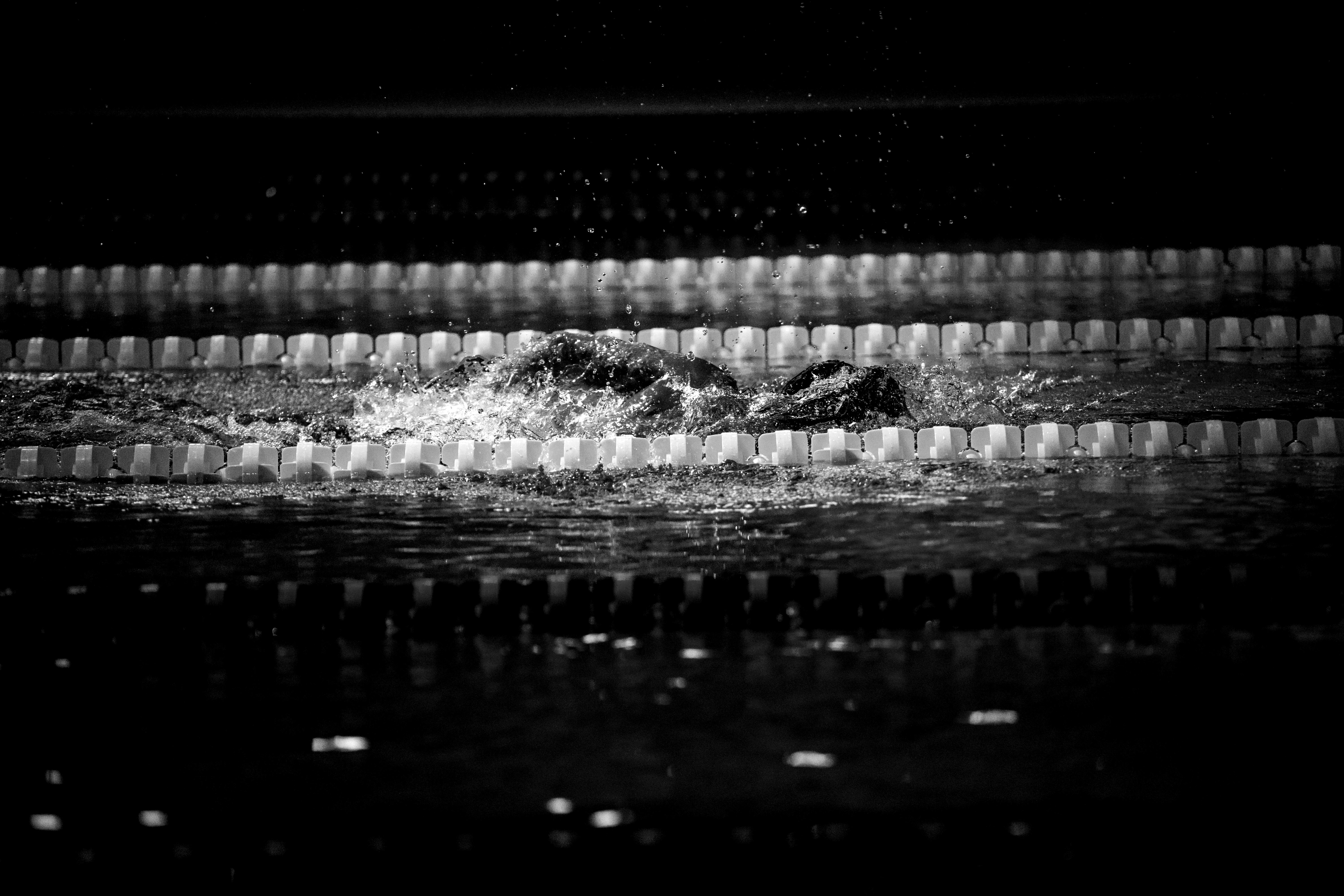 The best way to deal with comparison and self-criticism is different for each individual. When we don’t do as well as someone else in a race, we ask ourselves, “What is wrong with me?” This can lead to a downward spiral in mentality and motivation. So how do we combat that negative voice inside our head?

“I don’t think you can ever get rid of that voice,” said Shefchunas. “I am lucky enough to work with some of the best [athletes] in the world, and they still have that voice. It’s learning how to handle that voice when it comes.”

Shefchunas doesn’t believe in fearlessness; instead, she tries to help athletes understand the fears they have:

To think you can walk into Olympic Trials fearless – I don’t believe it. How do you handle those fears when they come? When those fears and doubts come, it’s like we are shining a flashlight on those things and it paralyzes us. Take that flashlight and move it over onto something more positive, to where you might actually have hope.

Shefchunas says that dwelling on the “what if” moment ruins us. “Let’s figure out what those ‘what ifs’ are and talk them out.” 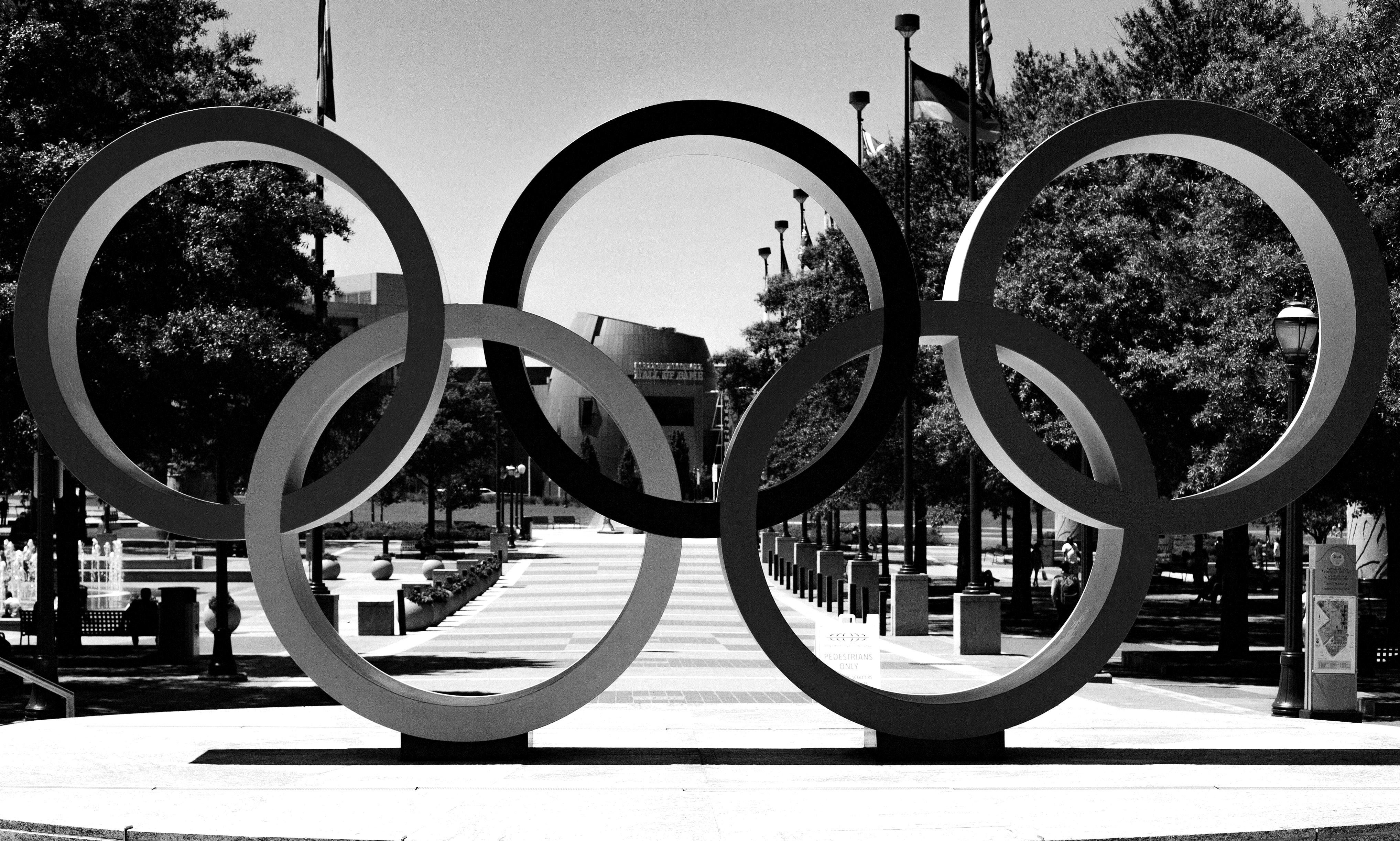 Asking ourselves, “What if?” is us trying to predict the future and going worst case scenario. We are thinking about everything that could go wrong. Athletes need to understand that they can’t predict the future anyway, so they need to step back into the present moment and ask, “What do I know now?”

The equation to improve self-confidence is not the same for everyone. “As you go, you will learn more and more about what works for you,” Shefchunas states. “It’s a constant process.”

The reality is that we are going to compare ourselves, so it’s in those moments that we need to catch ourselves and and notice how comparison makes us feel.

“It’s about being awake in those moments to say, ‘I am comparing myself right now. I need to pull myself back to me, my steps and my journey,’” said Shefchunas. “I don’t believe we will ever get to a point where we stop comparing ourselves. It’s going to have to be you being aware of how your brain works.”

An example she uses to show how athletes discredit themselves through comparison is a swimmer having a great practice but then comparing themselves to someone who they think had a better practice than they did. In this case, she encourages the athlete to bring their focus back to their own improvements.

Shefchunas has her athletes keep a confidence journal and write down at least one thing they did well at practice. They are not allowed to write times; rather, they can only write measurements of effort. By writing down that you didn’t feel great at practice on a particular day but kept fighting validates a truth about yourself – that you will fight no matter what.

Shefchunas believes it’s natural to worry about what other people think of you. Many former athletes she has spoken with say that their greatest regret was not doing what was best for them because they were worried about what other people would think. “Who cares if your teammates will make fun of you for doing extra. You should do it if it feels necessary for you,” she says. 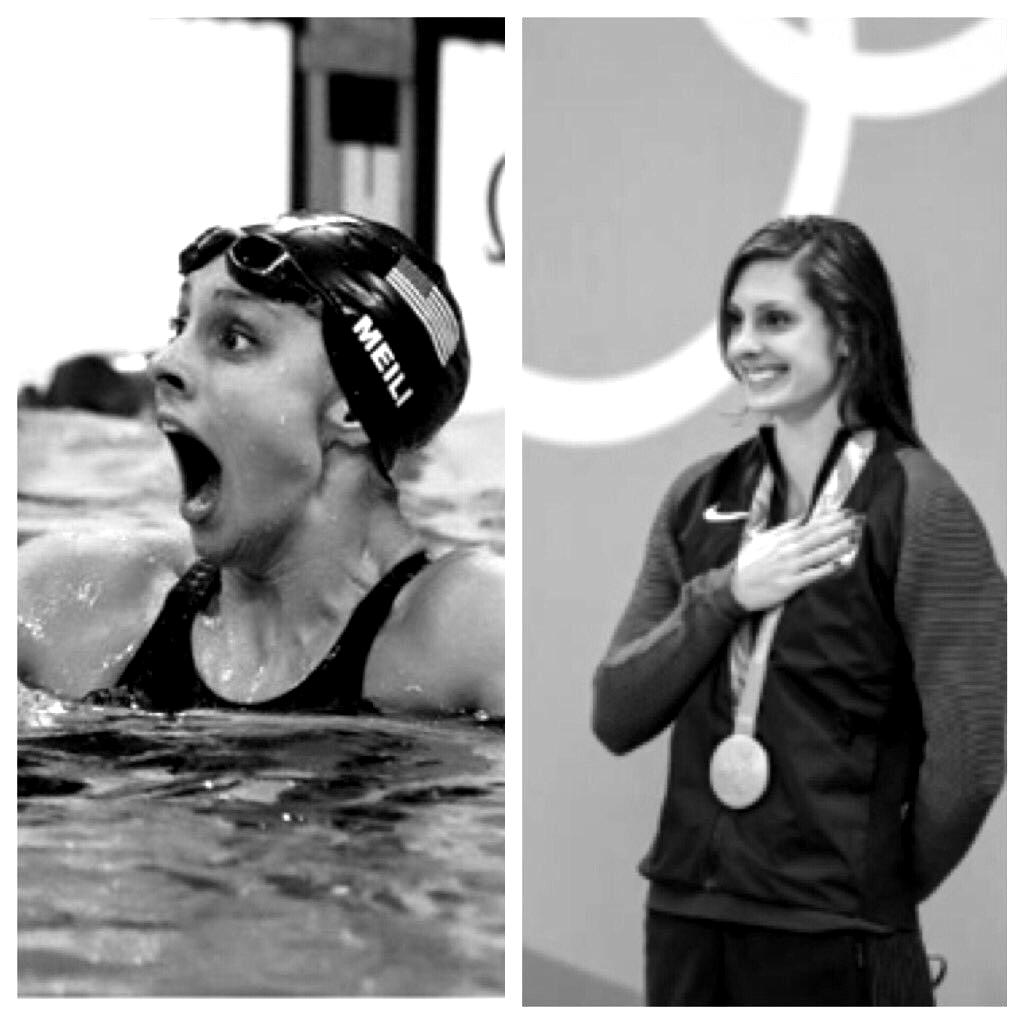 Living your truth isn’t about repeating positive affirmations in your head over and over again. Shefchunas says we are taught to use positive self-talk, but the problem with positive self-talk is that we usually don’t believe in the words we are saying to ourselves.

“We are way too smart to con ourselves into believing something that we don’t believe,” said Shefchunas. “If we are not 100 percent sure, there is no way we can focus on our goal and not let there be doubt. You need to focus on something you truly believe about yourself.”

As a one-on-one coach, Shefchunas’ role is to pull the individual back into perspective: “When we as women are able to speak it out to balance chaos in our mind, the majority of the time we will pull ourselves back to perspective. We have the answer, but we can’t find it unless we talk it out.”

There is no better remedy than communicating to find your truth. Often, speaking out loud helps us solve the problem. “Internalizing it is what causes dysfunction,” said Shefchunas. To silence the inner critic and achieve your goals, you must live your truth.

INFLUNSR defines excellence as choosing to create a better future by going the extra mile. Nothing may freeze us in our tracks more than self-doubt. Living your truth isn’t about repeating positive affirmations in your head over and over again. Shefchunas says we are taught to use positive self-talk, but the problem with positive self-talk is that we usually don’t believe in the words we are saying to ourselves. If we are not 100 percent sure, there is no way we can focus on our goal and not let there be doubt. You need to focus on something you truly believe about yourself.

Spend some time this week determining what the Scriptures and people whose opinion matters to you say is true about you.