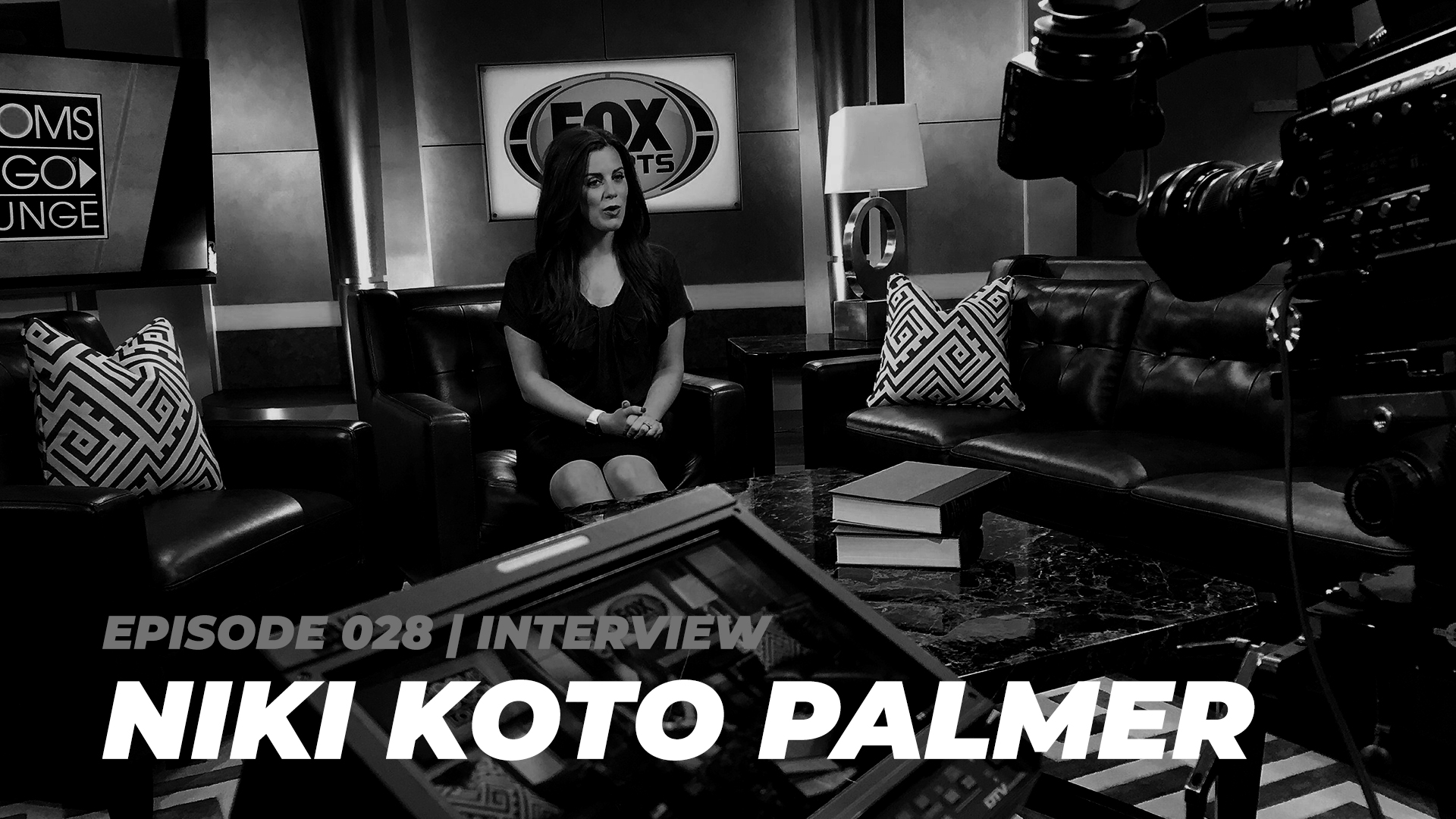 At Oak Mountain High School in Birmingham, Alabama, Niki Koto Palmer talked her way into a Broadcast Journalism class as a sophomore, which was only open for upperclassmen. It was during those three years where she laid the foundation for what she’s always wanted to do. Niki worked three jobs during college at the University of Alabama [class of ’09] to make her dream a reality. Niki has since served as a TV host, reporter, anchor and emcee. She’s worked for various sporting events around the country representing networks such as ESPN, SEC Network, HLN, Atlanta Falcons, Fox Sports South, Georgia Public Broadcasting, NCAA, PGA.com, and more. Additionally, she signed as talent with Vinyard Creative Group in Atlanta and is available for speaking engagements as well as industrial, commercial and print opportunities.

Niki and Stuart have an impassioned conversation about choosing passion over distraction.

I was in Romania exactly one year after dictator Nicolae Ceaușescu was executed and his dictatorial regime toppled. One year removed meant not much had changed: while crossing the border by train from Hungary into Romania — in the middle of the night and a torrential snowstorm — we were interrogated for hours by heavily armed (and very drunk) Romanian border guards.

It is one of the few times I have honestly feared for my life.

Days later I stood with thousands of Romanians in a Timișoara square during a rally protesting their government and commemorating the fall of Ceaușescu’s regime. Among the massive throngs of thousands yelling and chanting in protest, I met an eight year old Romanian boy — wildly waving a Romanian flag — who through a translator told us that he was protesting because, and I quote, “I just want bread and chocolate for my family.”

In 1989, when the revolution began in Timișoara, protesters began waving Romanian flags with the Communist coat of arms cut out of the middle. The coat of arms was perceived as a symbol of Nicolae Ceaușescu’s dictatorship. These flags were called “the flag with the hole” (drapelul cu gaură). That was the flag that little boy and hundreds of others were waving that day.

I can still close my eyes and see and hear hundreds of those flags fluttering against a dark, snow-clouded sky in Timișoara.

I have one of those flags.

Given to me that day in Libertatii Square in Timișoara by that eight year old boy.

In exchange for chocolate.

That frenetic scene — a year removed from the execution of a dictator in a Communist country — is innocent playground child’s play in comparison to what we witnessed in Washington DC on January 6, 2021. 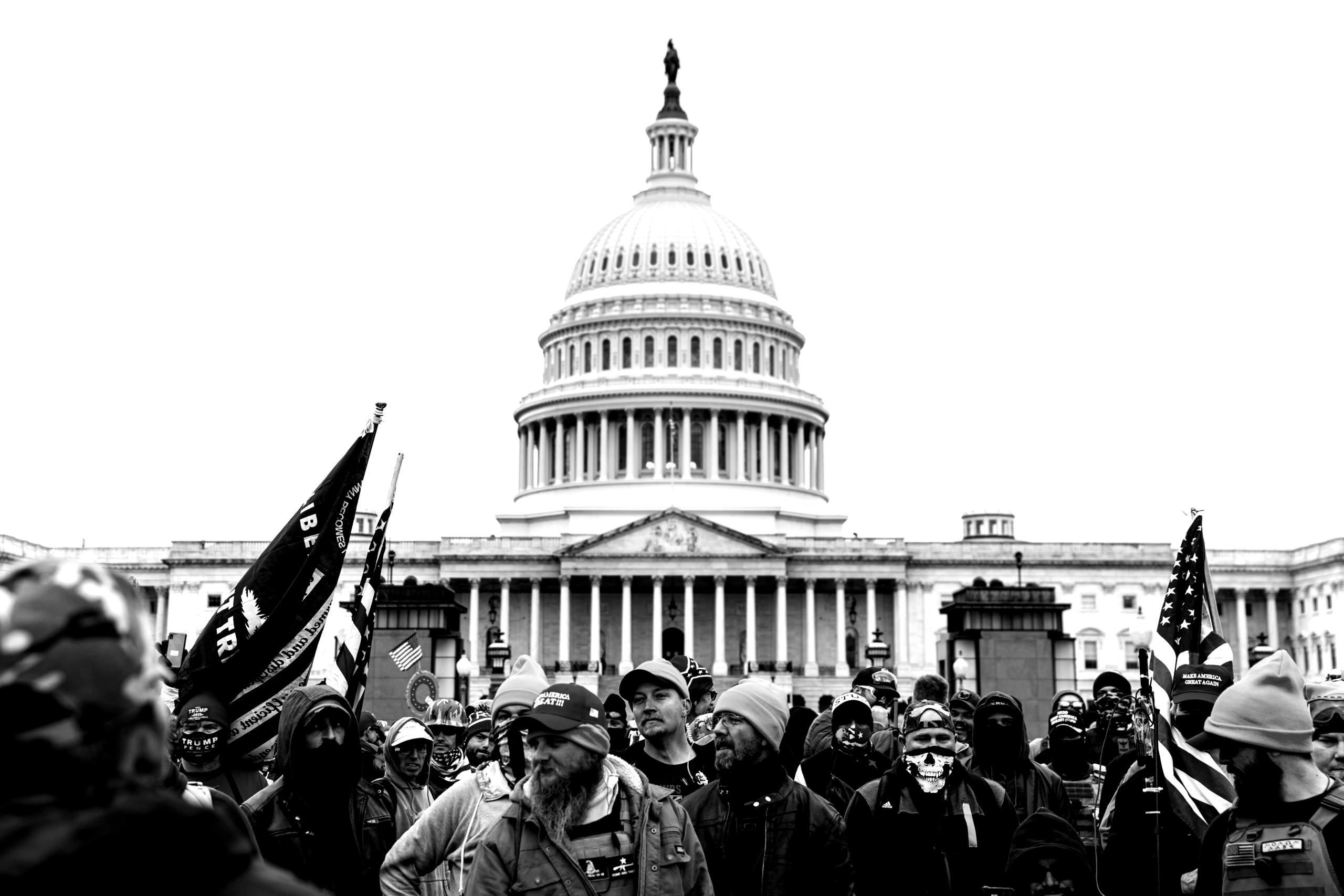 I spent all day yesterday and this morning shifting from uncontrollable tears to unimaginable rage. I threw my cell phone at least three times on Wednesday. I am angry. I am heartbroken.

Wednesday night I listened as Senator Cory Booker addressed Congress. He talked about two flags that have been carried into the Capitol building by tyrants and flown in hopes of defiling our “temple of Liberty.” One was in 1812 by the British.

There is parallel between the two flags that were flown: both were waving flags, to quote Senator Booker, “to a sole sovereign, to an individual, surrendering democratic principles to a cult of personality.”

One was to a monarch in England.

The other was to a single person: Donald Trump. 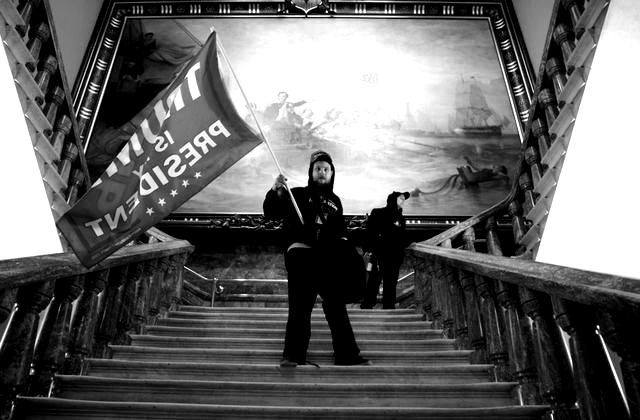 All throughout history we see armies carrying symbols at the forefront of their lines.  This idea evolved in medieval times with flags (also known as standards or banners), and eventually flags were used in maritime and adopted onto ships. A ship would fly its colors to denote whose it belonged to. To this day, international maritime law dictates that a ship in wartime must “fly their colors.” When we say things like “you came through with flying colors,” we are borrowing from this tradition as a way to emphasize that someone went through a hardship and came through unscathed or unchanged.

Interestingly enough, pirates determined how to use the idea of flying colors to deceive. Pirates would fly the colors of the enemy ships around them, drawing them in close so that they could easily attack them. The really evil, deceptive pirates would fly their flag and the one they wanted to attack and pillage.

And do you know what it meant if you flew a white flag?  We immediately think surrender. But actually it doesn’t. White flags meant a desire for cease-fire so terms could be negotiated.

And I also won’t forget the image of one of those insurrectionists gleefully carrying the Confederate flag through the halls of the Capitol.

I am very fearful that I cannot and will not forget the complicit silence of spiritual leaders across this country, who long ago cast their lot and persuaded their people to follow and support this ideology. Who deceptively offered the white flag of compromise. Who decided to fly two flags.

Or better stated, one flag.

All in exchange for imaginary power.

Be anxious to matter.