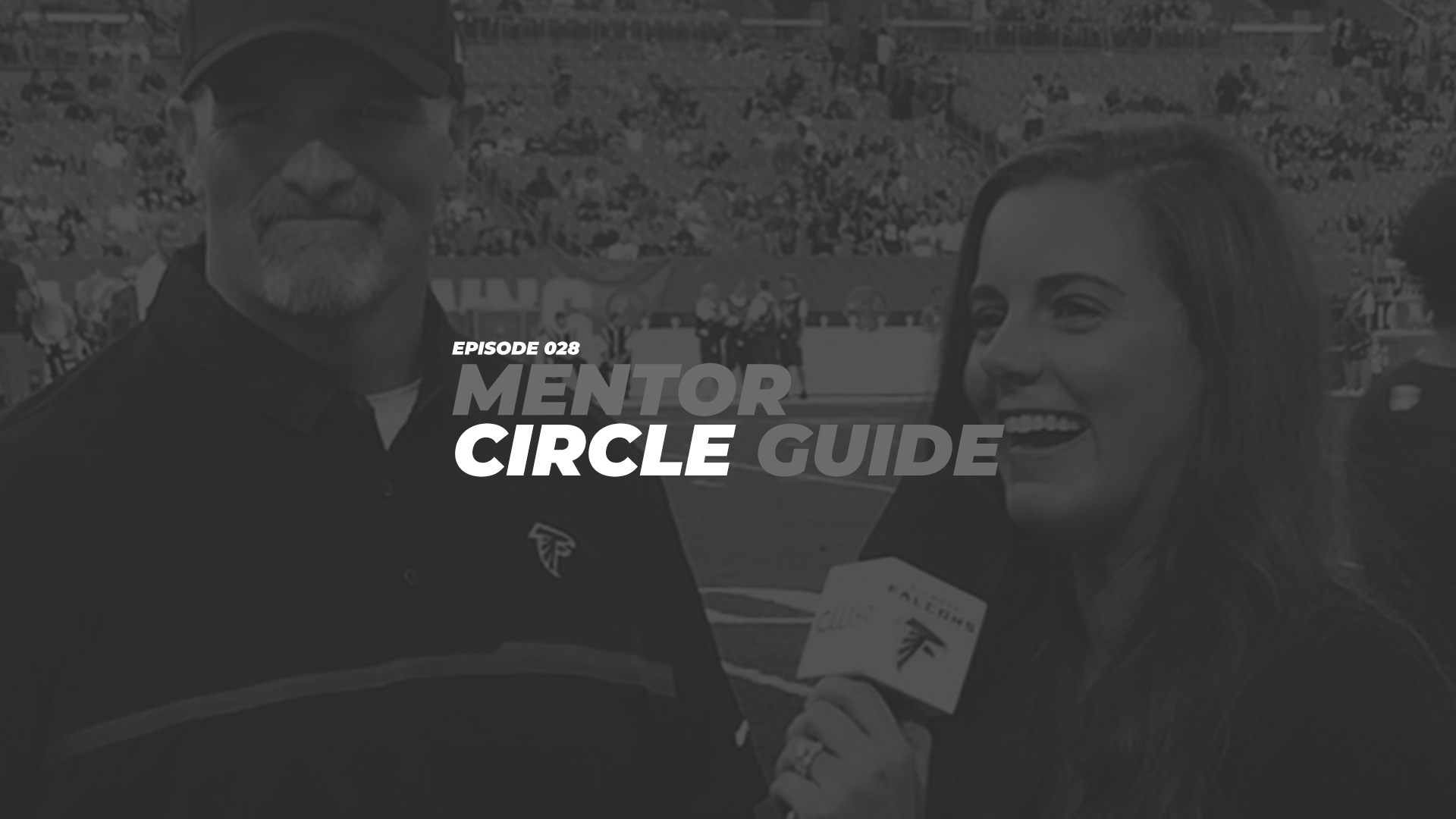 At Oak Mountain High School in Birmingham, Alabama, Niki Noto Palmer talked her way into a Broadcast Journalism class as a sophomore, which was only open for upperclassmen. It was during those three years where she laid the foundation for what she’s always wanted to do. Niki worked three jobs during college at the University of Alabama [class of ’09] to make her dream a reality. Niki has since served as a TV host, reporter, anchor and emcee. She’s worked for various sporting events around the country representing networks such as ESPN, SEC Network, HLN, Atlanta Falcons, Fox Sports South, Georgia Public Broadcasting, NCAA, PGA.com, and more. Additionally, she signed as talent with Vinyard Creative Group in Atlanta and is available for speaking engagements as well as industrial, commercial and print opportunities. 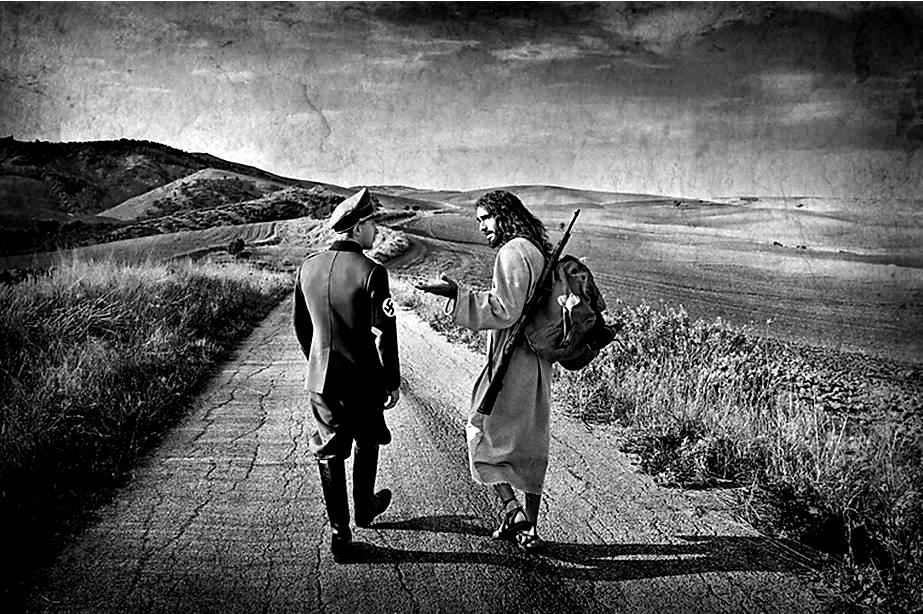 INFLUNSR. defines grit as choosing to create a better future by going the extra mile. The extra mile idea is taken directly from Jesus’ Sermon on the Mount in Matthew 5:41 where He said “If anyone forces you to go one mile, go with them two miles.” These words of Jesus would have been profoundly disturbing to his first-century audience. The “second mile” that Jesus was referring to was not just a nice platitude that he made up on the spot. Rather, it would have struck a very real and painful nerve.

Soldiers of the Roman Army, who in certain aspects we might consider the “Nazis” of their day, had the legal right to force any subject of an occupied territory to carry their heavy packs and gear for them. However, the legal limit was 1,000 paces — that is, one Roman mile (approximately half a mile today).

Thus, the “subject” was actually turned into an object to be used as a pack mule. But by offering to exceed the limit, the silenced and oppressed human object would be regaining status as a subject. By making this free choice, he would not only be demonstrating the extravagant generosity of God; he would also be placing the soldier into an embarrassing situation, because to allow the extra mile would actually be breaking the law.

And if you think about, that is exactly what Richard Montañez, the son of a Mexican immigrant, did with creating the recipe for Flaming Hot Cheetos. He moved from an object to a subject.

It’s unfortunate that we’ve adopted this phrase into our culture and completely misappropriated it. Many say “he went the extra mile” to only indicate someone working extra hard on a project or staying late at practice.

It’s also unfortunate that the historical and cultural weight of this passage is missed. This verse comes right smack dab in the middle of the most explicitly nonviolent teachings of Jesus in Matthew 5. Here we have the classics: love your enemy, give to those who ask of you, and turn the other cheek.

The offer of the “second mile” was actually a way to unmask the power play, to nonviolently subvert the system by playing right into the ridiculousness of it all. And this is not cowardly. It takes great courage. This subversive act flips the power dynamic. The soldier’s attempt to intimidate and humiliate the peasant now leads to uncomfortable embarrassment. The oppressive system has been caught with its pants down, and it doesn’t know what to do.

Wouldn’t the events of this past Wednesday, January 6 been different if people in Washington DC had “gone the extra mile?”

It is in these moments that the opportunity for influence is opened up. This is why the picture of Jesus and the Nazi is so powerful. Jesus isn’t just passively walking with the soldier; he is sharing with him and even teaching him. For added effect, remember that Jesus was a Jew. And even though Jesus is clearly the one without any power at all in the situation, the soldier is captivated by what he has to say, because Jesus speaks from the unique wisdom that exists only in the hearts of the oppressed.

There is a reason why the greatest example of the heart of God was precisely God himself becoming a servant — accepting death at the hands of the oppressors to overturn not only the system of empire, but also sin, death, and oppression everywhere.

Grit — choosing the extra mile — is more than just determination.

It’s much deeper than that.

We asked you ask for your parents or guardian’s permission, connect to Amazon Prime, Apple TV or Google Play and watch the brand-new film News of the World. Five years after the end of the Civil War, Captain Jefferson Kyle Kidd (Tom Hanks), a veteran of three wars, now moves from town to town as a non-fiction storyteller, sharing the news of presidents and queens, glorious feuds, devastating catastrophes, and gripping adventures from the far reaches of the globe. On the plains of Texas, he crosses paths with Johanna (Helena Zengel), a 10-year-old taken in by the Kiowa people six years earlier and raised as one of their own. Johanna, hostile to a world she’s never experienced, is being returned to her biological aunt and uncle against her will. Kidd agrees to deliver the child where the law says she belongs. As they travel hundreds of miles into the unforgiving wilderness, the two will face tremendous challenges of both human and natural forces as they search for a place that either can call home.

News of the World is based on a 2016 novel of the same name written by Paulette Jiles, who received a National Book Award nomination under the category of fiction in the same year. In the book, Captain Kidd says ”Maybe life is just carrying news. Surviving to carry the news. Maybe we have just one message, and it is delivered to us when we are born and we are never sure what it says; it may have nothing to do with us personally but it must be carried by hand through a life, all the way, and at the end handed over, sealed.” What a powerful sentiment about the meaning of life. How does this idea and the arch of this film — with all Capt. Kidd and Johanna face — connect to the idea of grit: choosing to create a better future by going the second mile?

We asked you to watch youth poet laureate Amanda Gorman recite her poem The Hill We Climb at the inauguration of the President of the United States.

The youngest inaugural poet in U.S. history read “The Hill We Climb,” which she finished after the riot at the Capitol. “I’m not going to in any way gloss over what we’ve seen,” she says.

Two things that stands out about Amanda Gorman’s story is that she spent enormous time trying to correct a speech impediment and the exhaustive research and study that went into her five-minute poem recitation at the Inauguration. How does this move you regarding the second mile and creating a better future? How does this contradict our current culture of instant success?

We asked you to read the AP News article titled Amid Cacophony Since Capitol Siege, Key Officer Stays Silent by Jeffrey Collins.

In the two weeks since a mob laid siege to the U.S. Capitol, the House has impeached President Donald Trump. Dozens of people have been arrested nationwide over participation in the riots. Politicians and business leaders are loudly condemning the violence. Twitter and other social media sites have banned Trump and thousands of other accounts.

Yet amid all the noise, a Capitol Police officer hailed as a hero for confronting the insurrectionists and leading them away from Senate chambers has remained silent.

INFLUNSR. believes that maybe Jesus wants the next generation to be secretly incredible. How does Officer Goodman’s actions on January 6 — and before and after — speak to the second mile and being “secretly incredible?” How does this mesh with the current culture of personal branding and marketing yourself?

We asked you to read the NBC News article Behind the Viral Photo of Rep. Andy Kim Cleaning Up at Midnight After Riots by Claire Wang.

Congressman Kim’s words are profound: “I feel blessed to have this opportunity as a son of immigrants to be able to serve in Congress,” he said. “Democracy to me is this place of opportunity that is affording me a chance to do something extraordinary.” What are your initial thoughts about seeing and reading about Congressman Kim’s actions hours after the events of January 6? How does this mesh with going the second mile and creating a better future?