Reed and Stuart have an impassioned conversation about choosing passion over distraction and what it means to be a next generation leader worth following.

When a call for peaceful protests in support of Korean independence came in spring 1919, a 16-year-old girl named Yu Gwan-sun became the face of a nation’s collective yearning for freedom.

Yu was a student at Ewha Haktang in Seoul, which was established by American missionaries as the first modern educational institution for women in Korea. On March 1, 1919, Yu and four classmates joined others taking to the streets with cries of “Mansei!” (“Long live Korean independence!”) in one of the earliest protests against Japanese colonial rule. Amid the demonstration, the Declaration of Independence — written by the publisher Choe Nam-seon  and signed by 33 Korean cultural and religious leaders — was recited at Seoul’s Pagoda Park.

The next day, protest organizers came to Ewha Haktang and encouraged Yu and her peers to join a student demonstration to be staged in three days. On March 5, she and her classmates marched at Namdaemun, a gate in central Seoul. They were detained by the Japanese authorities, but missionaries from the school negotiated their release.

The colonial government retaliated quickly, ordering all schools closed on March 10. A few days later, Yu returned to her hometown, Cheonan, about 53 miles south of Seoul in South Chungcheong Province, with a smuggled copy of the Declaration of Independence. She went from village to village spreading word of the Samil (literally “three-one,” or March 1) Movement and rallying local residents to organize their own protests. 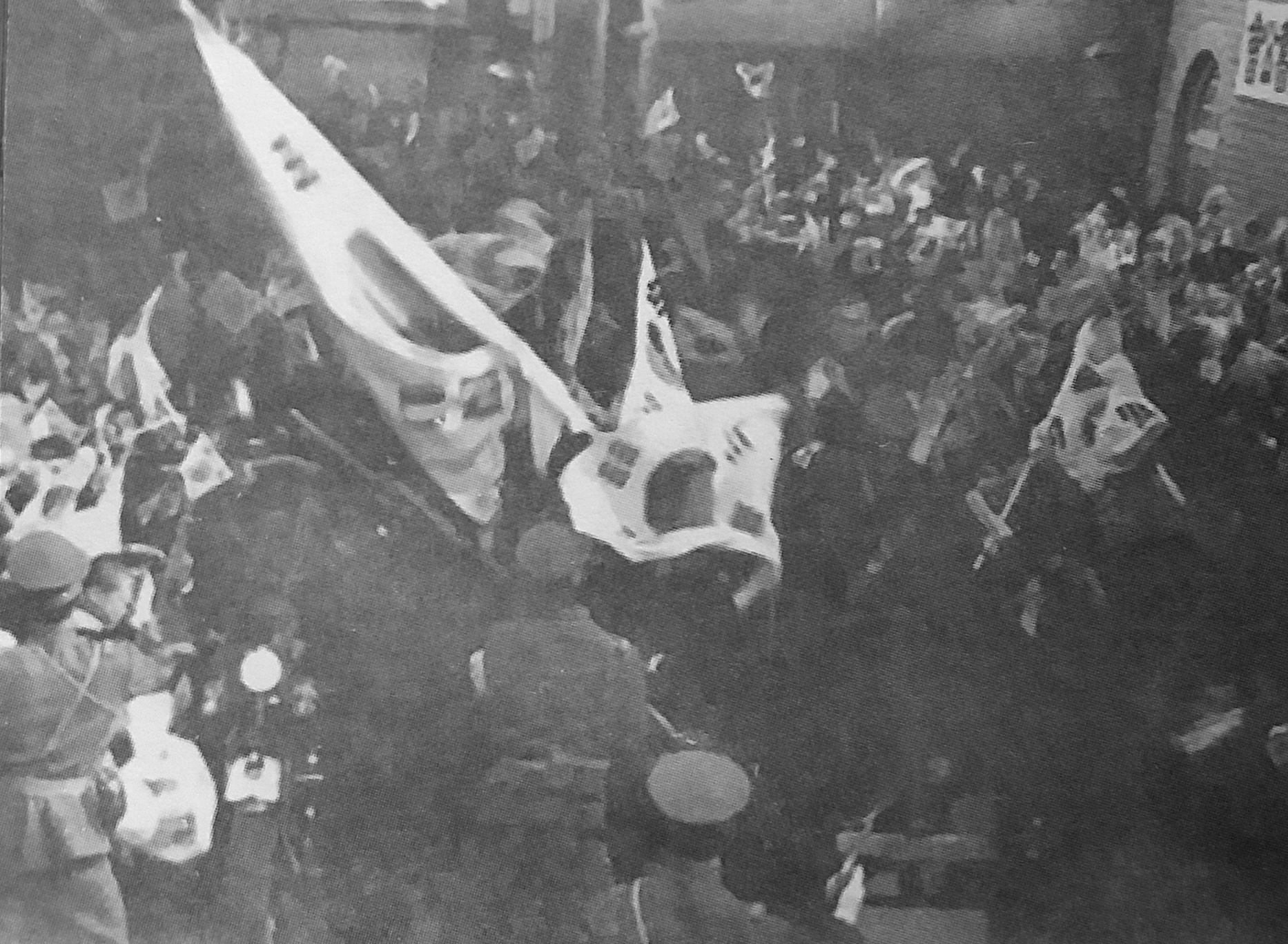 The movement quickly took hold. Early on April 1, 3,000 people gathered at Aunae, a marketplace in Cheonan. Yu was there, distributing homemade taegeukgi, or Korean national flags, and giving speeches calling for independence. The Japanese military police arrived and fired on the crowd, killing 19 people. Yu’s parents were among the dead.

By the time the authorities quashed the protests a few weeks later, an estimated two million people out of a population of 20 million had participated in 1,542 pro-independence marches, according to Djun Kil Kim, author of “The History of Korea.” More than 7,000 people had been killed, and about 46,000, including Yu, had been jailed. After being convicted of sedition, she was sent to Seodaemun Prison in Seoul.

At Seodaemun, Yu demanded the release of other prisoners and continued to express her support for Korean independence. She shouted at her Japanese captors and, with other inmates, organized a large-scale protest on the first anniversary of the March 1 Movement.

“Even if my fingernails are torn out, my nose and ears are ripped apart, and my legs and arms are crushed, this physical pain does not compare to the pain of losing my nation,” she wrote in prison. “My only remorse is not being able to do more than dedicating my life to my country.”

She was eventually transferred to an underground cell, where she was repeatedly beaten and tortured for speaking out. “Japan will fall,” she wrote shortly before dying of her injuries on Sept. 28, 1920, at 17.

Yu was arrested and convicted of sedition for her part in the resistance to Japanese rule. 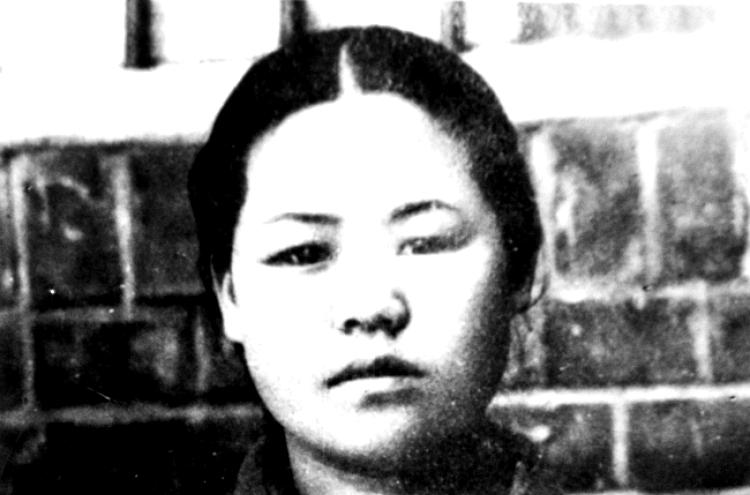 Yu was born on Dec. 16, 1902, the second daughter of five children to Christian parents near Cheonan, in what became South Korea when the peninsula was divided in 1945, after World War II.

She was influenced by her father, who taught her about Christianity and instilled traditional Confucian values of nationalism and civic awareness. Nine members of the Yu family — spanning three generations — were involved in the independence movement.

Yu was an intelligent child who attended a nearby Methodist church and memorized Bible verses easily, according to curators at the Ewha Museum in Seoul. An American missionary, Alice J. Hammond Sharp, encouraged Yu to attend the Ewha school to advance her education, something few Korean women did at that time.

The Korean Peninsula came under Japanese military rule three years after Yu was born. It was formally annexed in 1910, the start of a 35-year struggle for independence. Yu would not have remembered a free Korea, and she died long before liberation in August 1945.

The March 1 Movement did not immediately result in Korea’s independence, but it crystallized a sense of national unity and was a catalyst for the resistance. Today, March 1 is a national holiday in South Korea, where the 100th anniversary of the movement will be commemorated next year. 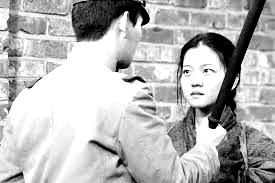 In August 2015, Yukio Hatoyama, a onetime leader of Japan, visited Seodaemun, which is now a national museum.

“As a former prime minister, as a Japanese citizen and as a human being,” Hatoyama said, “I am here today to offer my sincere apologies, from the bottom of my heart, to those who were tortured and were killed here.”

Hatoyama knelt and observed a moment of silence before a monument to colonial-era independence activists. He also visited a prison cell where Yu had been held. It was the first time a former Japanese prime minister had visited the site.

Yu was also honored by the former United Nations secretary general Ban Ki-moon, who received an honorary doctorate from Ewha in 2015.

“I want to speak about a great young Korean woman who lost her own freedom so that others could be free,” Ban said at a ceremony at the university, likening Yu to Joan of Arc. “This is proof that violence can kill a person, but not their memory, not their ideals. Her patriotism demonstrates the great way she lived and died.”

Paul encourages the Church in Colosse to be “strengthened with all power according to His glorious might so that you may have great endurance and patience.”

Grit sometimes is the strength to endure successfully over the long haul of life. Anyone can see themself accomplishing and finishing well when life is viewed from the starting line. But when difficulty arises and reserves are running low, in the middle of the race, crossing the finish line can seem unattainable. Do you possess that necessary strength? Not the exhaustive strength when the going gets tough, but the strength that comes from living in the strength Jesus provides.

Paul encourages Jesus followers not only endure but also to be fully confident that the Holy Spirit fills us with His glorious might to endure the unendurable with patience and great joy. Grit is what sets you apart, gets you to the finish line well. Grit is not directly attached to talent, accomplishment, EQ or IQ. The amount of grit we possess is not determined at birth and grit will not expire over time. Our Grit capacity can be developed and grow in amount and intensity throughout our life time. The formula for increasing your reserve of grit is a simple one, yet one that requires time and determination.

The New Testament paints a picture of Jesus as a man of grit. Throughout his time on earth He prepared Himself for the inevitable sacrifice of his life on the cross. He stayed in the fight, finishing His Father’s will for Him to pay a ransom for our lives. Proper and sustained preparation grants the ability to “stay in the fight” when inevitable struggles arise. Are you preparing to finish well in all areas of your life, spiritually, physically, and mentally? Are you fully committed to finishing well with determination in order to live out all God has planned for you with perseverance and patience?