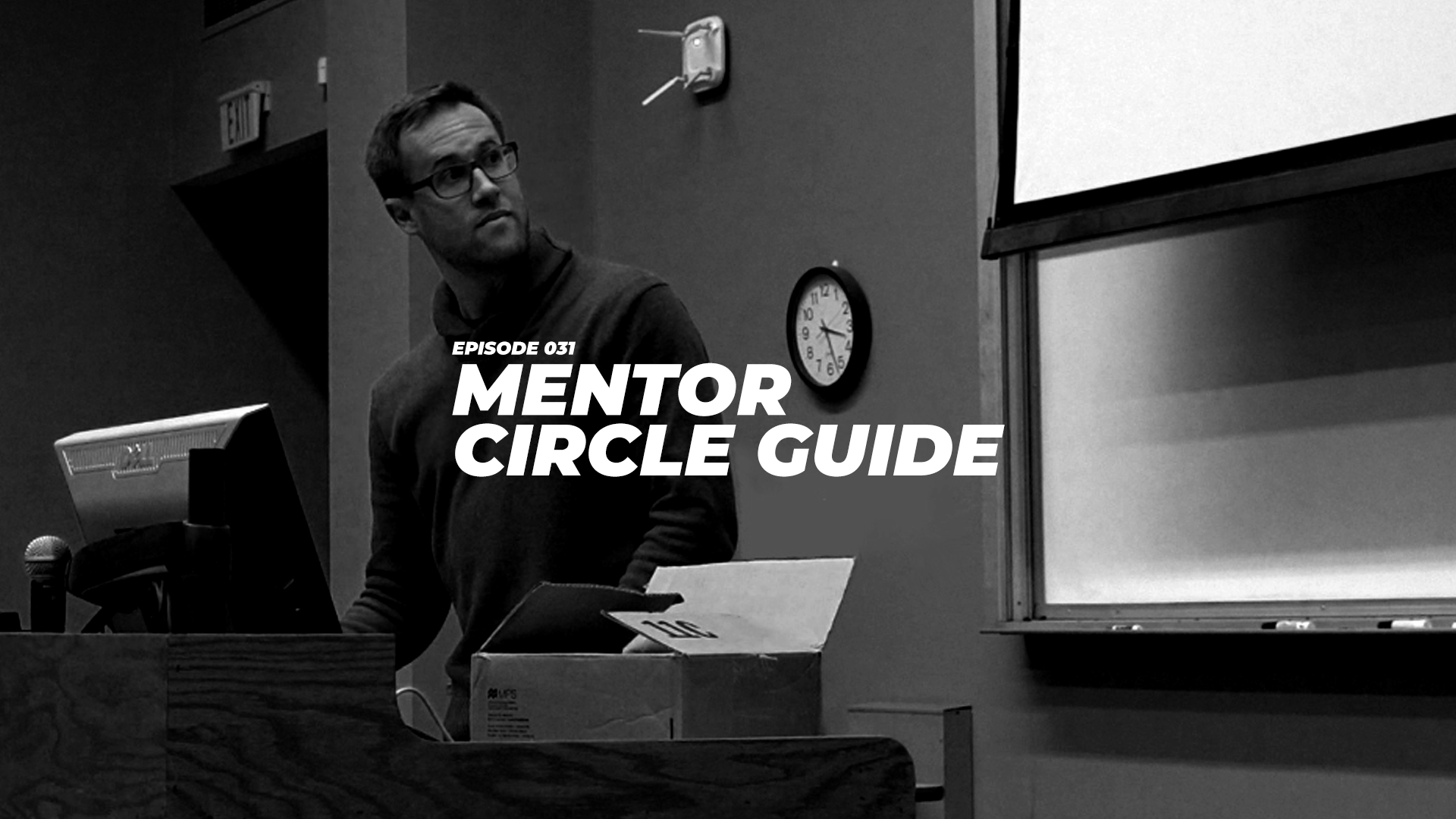 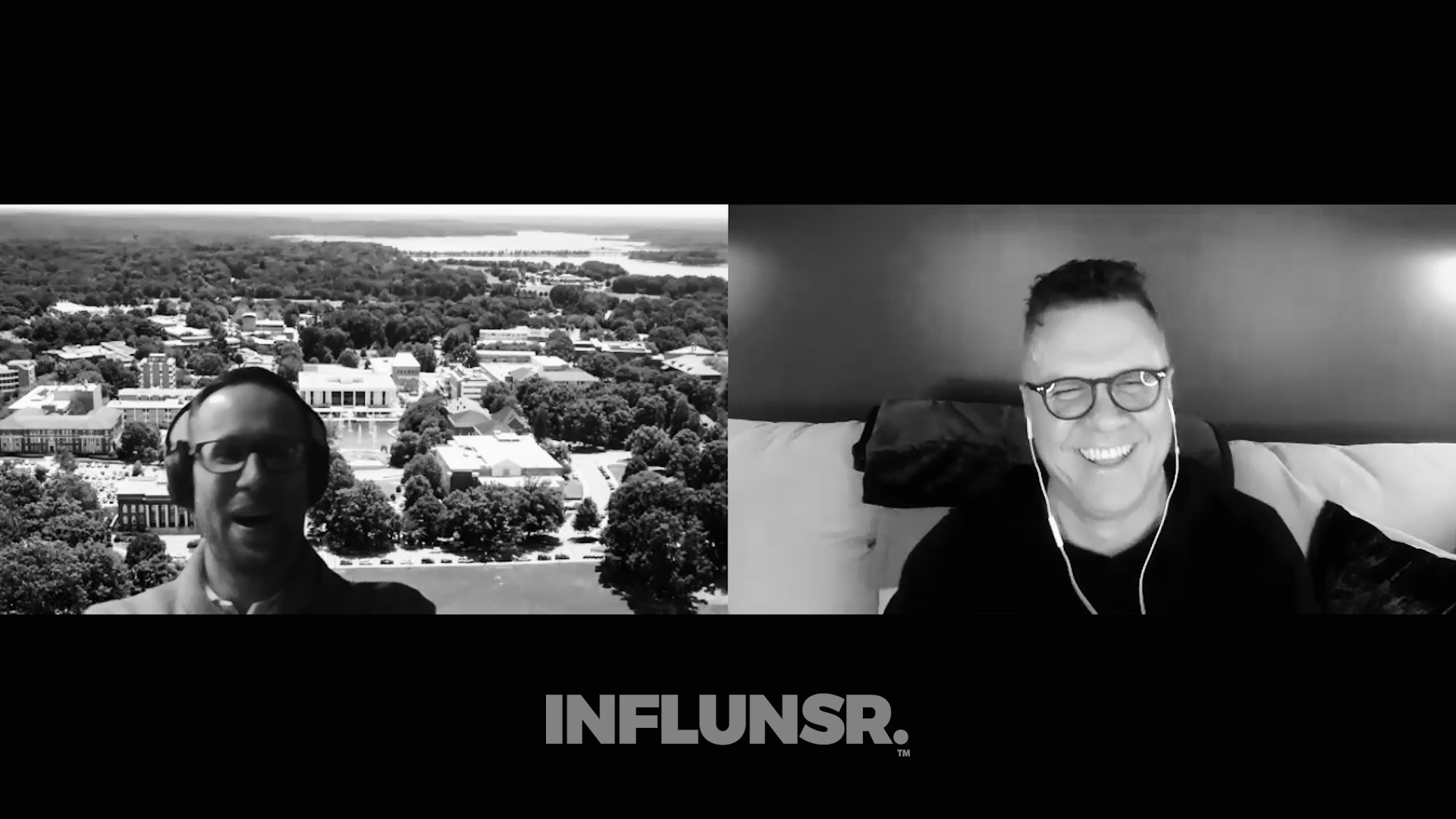 Andrew Mannheimer is a Lecturer in the Department of Sociology and Anthropology at Clemson University. Dr. Mannheimer received his Ph.D. from Florida State University in 2016. His research interests include education, race, ethnicity, and culture. His dissertation examined secondary teachers’ views and uses of Hip Hop culture. Dr. Mannheimer helped develop and teach a Sociology of Hip Hop Culture course which received positive media attention from USA Today in 2013 and uses hip hop to creatively communicate concepts in his classes.

Andrew and Stuart have an impassioned conversation about choosing to be responsible to what is true and what it means to be a next generation leader worth following.

We asked you to read an excerpt from The Day the Revolution Began by NT Wright regarding the National Gallery in London putting on a millennial exhibition entitled “Seeing Salvation” in 2000.  It consisted mostly of artists’ depictions of Jesus’s crucifixion. Many critics sneered. All those old paintings about someone being tortured to death! Why did we need to look at rooms full of such stuff? Fortunately, the general public ignored the critics and turned up in droves to see works of art, which, like the crucifixion itself, seem to carry a power beyond theory and beyond suspicion.

INFLUNSR. defines integrity as choosing to be responsible to what is true.

So in the interest of being responsible to what is true on Good Friday, let’s wrestle with a question that few high school students who are following Jesus ask…

Why did Jesus have to die?

Why couldn’t Jesus just forgive the people that offended him, stole his glory from him, sinned against him? We do that every day: we forgive people that have wronged us…but we don’t die for them.

This question is bothersome if you really wrestle with it. The Sunday school answer is that Jesus had to die to pay for our sins: When we sinned, we robbed God of His glory and somebody had to die for sin. But if you are going to be intellectually honest, you have to press further: What kind of God would come up with a system that required that of His Son? He is God…He can do whatever He wants. Thinking that way puts God in a box; it’s as if God were a victim of His own system.

Why can’t God change the rules? Have a big All Skate? If humanly someone can forgive that kind of sin, surely God can forgive us.

God presented Christ as a sacrifice of atonement, through the shedding of his blood—to be received by faith. He did this to demonstrate his righteousness, because in his forbearance he had left the sins committed beforehand unpunished— he did it to demonstrate his righteousness at the present time, so as to be just and the one who justifies those who have faith in Jesus.

What character traits does God show through these verses?

INFLUNSR. asked you to read an interesting excerpt from the book Loonshots detailing how Steve Jobs had learned to mind the system, not manage the project, at Pixar. Jobs had a role in the system — he was a brilliant dealmaker and financier. It was Jobs, for example, who insisted on timing the Pixar IPO with the Toy Story release, and Jobs who negotiated the Pixar deals with Disney. But he was asked to stay out of the early feedback loop on films. The gravity of his presence could crush the delicate candor needed to nurture early-stage, fragile projects. On those occasions he was invited to help near-finished films, Jobs would preface his remarks: “I’m not a filmmaker. You can ignore everything I say.”

The Scriptures are full of imperatives, or commands, from God. Most of us feel like the Bible is nothing more than a rulebook. However, the Scriptures have more principles than it does commands. Principles are cause and effect. If you do this, this will happen. The Scriptures are loaded with cause and effect principles. One way to compare the difference is road signs. Let’s say that a speed limit sign on the road home says Speed Limit 55 MPH. That is a command. It is the law. Now I’m not going to dive into how we generally disobey that law…

On that same road you come to curve that is marked with those yellow signs with arrows indicating a sharp left curve. Preceding the curve signs is a sign that says Slow Down. Now, there is no law that you must slow down or curve left. But if you don’t slow down and curve left, you may no longer exist. The curve and Slow Down signs are great illustrations of principles.

Wisdom is a combination of two things: knowledge plus action. We have all seen the consequences of one without the other. The Scriptures warn us of being imbalanced in this regard. James challenges us to “not merely listen to the word, and so deceive yourselves. Do what it says.” In other words, knowledge without action is deceptive and foolish. On the other hand, the Wisdom writer tells us “it is not good to have zeal without knowledge, nor to be hasty and miss the way.” In other words, to act without knowledge is equally as foolish. Wisdom is the melting of these two together.

When the gun was fired, the engineers stood shocked as the chicken hurled out of the barrel, crashed into the shatterproof shield, smashed it to smithereens, blasted through the control console, snapped the engineer’s backrest in two and embedded itself in the back wall of the cabin…like an arrow shot from a bow.

The horrified Brits sent NASA the disastrous results of the experiment, along with the designs of the windshield and begged the US scientists for suggestions.

NASA responded with a one-line memo:

Integrity is the “frozen chicken” of becoming an influential student.

We asked you ask for your parents or guardian’s permission and watch the critically acclaimed movie Land. From acclaimed actress Robin Wright comes her directorial debut LAND, the poignant story of one woman’s search for meaning in the vast and harsh American wilderness. Edee (Wright), in the aftermath of an unfathomable event, finds herself unable to stay connected to the world she once knew and in the face of that uncertainty, retreats to the magnificent, but unforgiving, wilds of the Rockies. After a local hunter (Demián Bichir) brings her back from the brink of death, she must find a way to live again.

Wright’s film is a lyrical character study about two deeply pained people who find purpose in one another. Even as the vast landscape around them seems to recall the insignificance of one person against the beauty of Mother Nature, Land suggests that isolation isn’t the answer and connection is what matters. And here is how that connects to influence and Jesus: to follow Jesus means carrying in fellowship the responsibilities of friendship that Jesus carried. In the context of community, being friends with Jesus is hard work. For when followers of Jesus actually follow Jesus, He leads them in directions they would rather not go, into neighborhoods they would rather avoid, and to meet other friends of Jesus they might not normally know. As the Scriptures and history show, to be a friend of Jesus means loving others just as he does. Read Romans 12:4-5. A big question: do you find yourself isolated spiritually? As in you aren’t well known at your soul level?

We asked you to watch the Ted Talk Technology, Teens and Taking Responsibility.

Unlike many of her peers, Indigo uses a flip phone. When she first got it, she was horrified and disappointed. Since then, her low-tech phone has helped her gain insight into the role of mobile phones in the lives of students. In her talk, Indigo combines her experiences and available research to explore the impact of mobile phone usage on students.

What about Indigo’s presentation strikes you as the most profound? What is the truth about smart phone use? Do a deep dive this week about the evidence and data.

We asked you to read philosophy professor Christian B. Miller’s article in The New York Times titled Just How Dishonest Are Most Students?

Studies of honor codes and cheating have typically been conducted in face-to-face environments. But as we settle into the routine of online instruction, we should consider trying to extend the impact of an honor code virtually as well. Honor codes won’t eliminate cheating. Deeply dishonest students will not be deterred. But fortunately, the research confirms what experience suggests: Most students are not deeply dishonest.

Professor Miller implies that “What a moral reminder does… is help to place our values front and center in our minds.” How does this idea mesh with what Paul encourages the church in Philippi to do in Philippians 4:8 when he says, “Fix your thoughts on what is true, and honorable, and right, and pure, and lovely, and admirable. Think about things that are excellent and worthy of praise.”

We asked you to watch Andy Stanley’s Taking Responsibility for Your Life.

Andy Stanley explores what it means to take responsibility for your life instead of pointing the fingers at others. Responsibilities. We all have them. But we don’t all take them as seriously as we ought to. Wouldn’t it be great, though, if we all took responsibility for the things we are responsible for? It’s time to stop the finger-pointing and excuse-making and to remove the “ir” in “irresponsible.”

INFLUNSR. defines integrity as choosing to be responsible to what is true. Read Genesis 3:8-13. Where are Adam and Eve shirking responsibility? Responsibility, Andy says, breeds less rules. Do you think that is true? Andy also makes a very interesting statement; he has never met a happy irresponsible person. What about you? Are you the most content when you are irresponsible or responsible?

We asked you to read Stephen Rose’s (Phd.) post Why Responsibility Is So Important.

Imagine you adopted a tiger cub into your home. It is cute, cuddly, and harmless. You notice it begins to purr loudly, and the only way you can make it stop is to feed it red meat. Over the months and years, you keep doing this, but the tiger is now several hundred pounds, requiring whole sides of beef. Rather than a cute purr, the tiger roars ferociously for its meat. You are terrified, so you keep giving him the meat so he will leave you alone. The more you feed it, the larger it gets, and the more trapped you become. In this metaphor, feeding the tiger symbolizes sidestepping your responsibilities. There is temporary relief, but a long term cost. Each time you avoid responsibility, you are feeding the tiger, making the problem larger, giving up long term freedom and control.