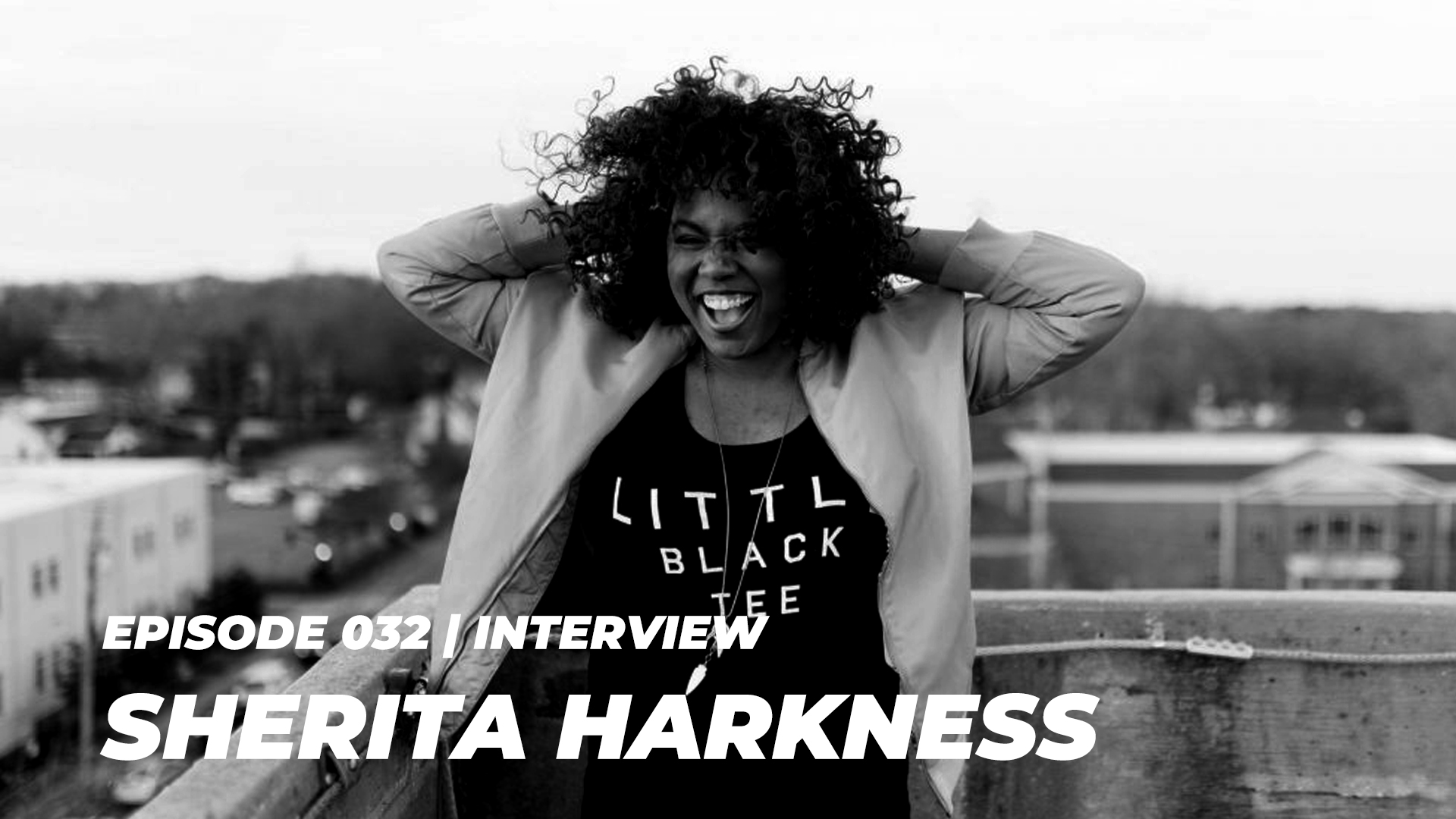 Sherita Harkness is simply a force of nature. Five years ago, Sherita was living in Dubai in the UAE teaching Emirati girls ESL. She was pulled out six months in by the Sheik (the president of the UAE) and the Ministry of Education to create and design a Creative Media Production Diploma and Education for girls.

During her last two years in Dubai, Sherita was hired by a church to help build up their production, communications and marketing teams. That experience — along with her unmistakable leadership capacity and experience at such a young age — prompted her to create Trading Fourz. Trading Fourz produces digital and live experiential events and environments tailored to help brands and companies capitalize on customer experience. Trading Fourz trade-off between strategy, experience design, event production, and content creation to seamlessly bring a brand story and culture to life.

Sherita and Stuart have a fascinating conversation regarding leadership, influence, humility, and perseverance. Make sure to listen!

Harris returned to the Greater Richmond Interfaith Program on Thursday as one of its greatest success stories, coming home to a draft party held in his honor.

“There was a time I needed a helping hand. They gave us an opportunity to get back on our feet,” Harris told reporters. “So it is my job to give back.”

The former Alabama running back did just that, bringing with him a donation of food for the shelter’s residents, just hours before he was selected by the Pittsburgh Steelers with the 24th overall pick in the 2021 NFL draft. 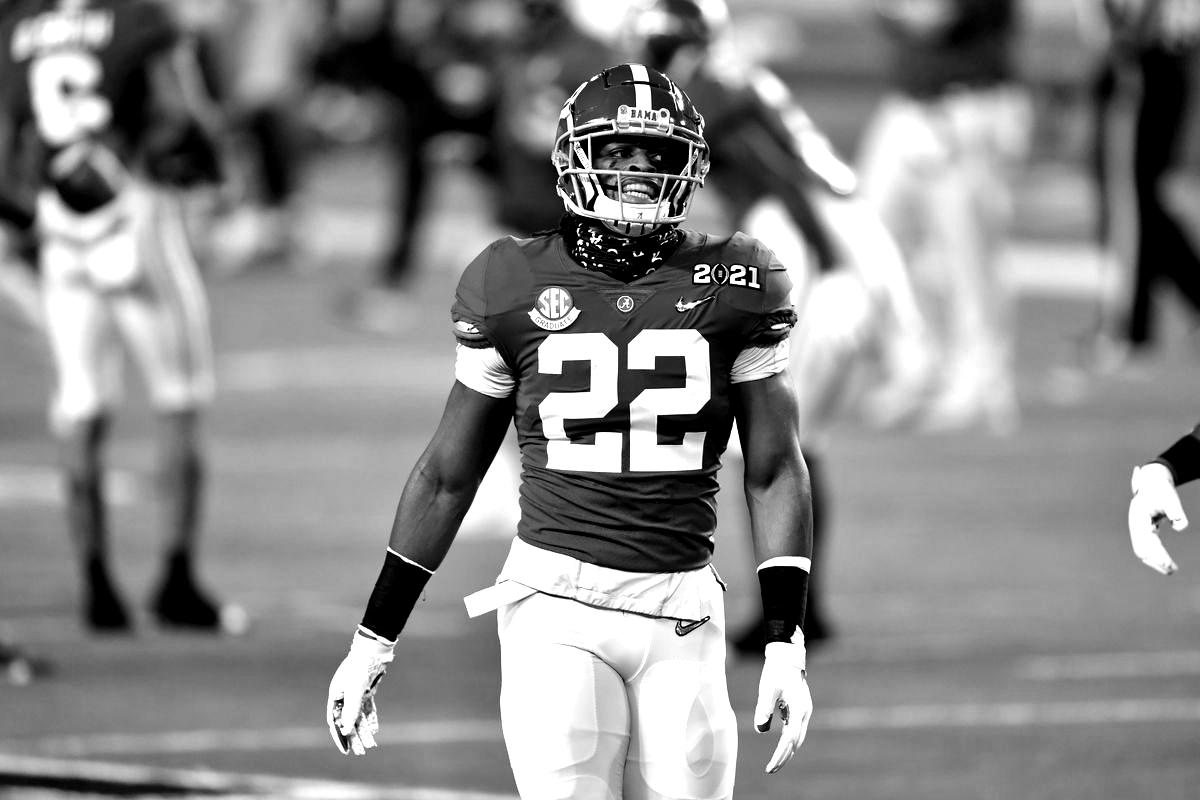 Najee Harris has spent the past three months living outside Dallas, preparing for this week’s NFL draft. After he completed an invariably busy day — workouts with his speed trainer, meetings with his agent, Zoom calls with prospective teams — he often retreated to the Jacuzzi at LA Fitness in Plano.

Harris usually arrived about 9 p.m., an hour before closing time, so he could sit in solitude. As the hot water soothed his body, his mind occasionally wandered to the long journey he and his family endured: always poor, at times homeless, perpetually bouncing around the Bay Area.

“There were times I’d think about sleeping in cars, or when we didn’t have enough to eat,” Harris said last week. “And now I’m in position to have my own business, my own nonprofit and be a real role model. … Do I think about all that? Yes.”

Harris, an Antioch High alum and the leading rusher in Bay Area prep history, stands on the brink of a life-changing moment. He’s widely expected to become the first running back chosen, potentially in the lower half of Thursday night’s first round.

That would translate to a four-year contract worth between $10 million and $12 million, based on recent draft history. And suddenly the young man who lived in a crime-ridden neighborhood during his high school years — while blossoming into the nation’s top recruit — will find himself in an entirely new realm.

With the 24th pick in the #NFLDraft, we select RB Najee Harris. #SteelersDraft pic.twitter.com/uKyA7FqK0e

Harris, 23, already has tasted the trappings of turning pro in the wake of his record-setting college career at Alabama. He signed an endorsement contract with Nike and a merchandise deal with Fanatics. He launched his own clothing line, complete with a sleek “NH” logo and an Air Jordan-like silhouette of himself in mid-flight, hurdling defenders.

Still, the glitz and glamour do not erase the memory of those hard times. Not at all. Harris remains driven by his turbulent path, which explains why he reached out to the Greater Richmond Interfaith Program to help the shelter where he, his four siblings and their single mom, Tianna Hicks, once stayed.

Another reminder: Two of Harris’ friends were killed in East Bay shootings during his time at Alabama. So he’s all too aware that life could have led him to a different place.

“I’m just happy for him,” said Fela Harris, one of Najee’s three older brothers. “Wherever he goes (in the NFL), he made it. I’m just grateful he’s out of the struggle.”

Najee Harris is close with Fela, but he’s especially close with their mom. Hicks moved to Birmingham, Ala., in 2017, after Harris completed high school, and attended nearly all of his college games at Alabama, a picture of exuberance in her No. 22 jersey with “Najee’s Mom” stripped across the back.

Hicks returned to Northern California earlier this year and lives in Rancho Cordova, outside Sacramento, near Fela and his baby son. Najee Harris paid for Hicks’ new apartment, a striking contrast to their past accommodations.

The apartment overlooks a park filled with trees, alongside refreshingly clean streets. Hicks prays every morning, she said, grateful she has time for yoga and the hot tub on most days. (Hicks, who worked for Kaiser when Harris was in high school and at a plastic surgeon’s office in Birmingham, is working for Instacart while she seeks a new job.)

Much like her son, Hicks finds herself reflecting on their past as the draft approaches — including the “grimy” hotel where they stayed in Antioch in 2013 while trying to find a place to live. She joked about Harris’ fondness for rap songs, and one verse he recently shared: “I bought my mama a house and I stayed out.”

All along, that was the goal. 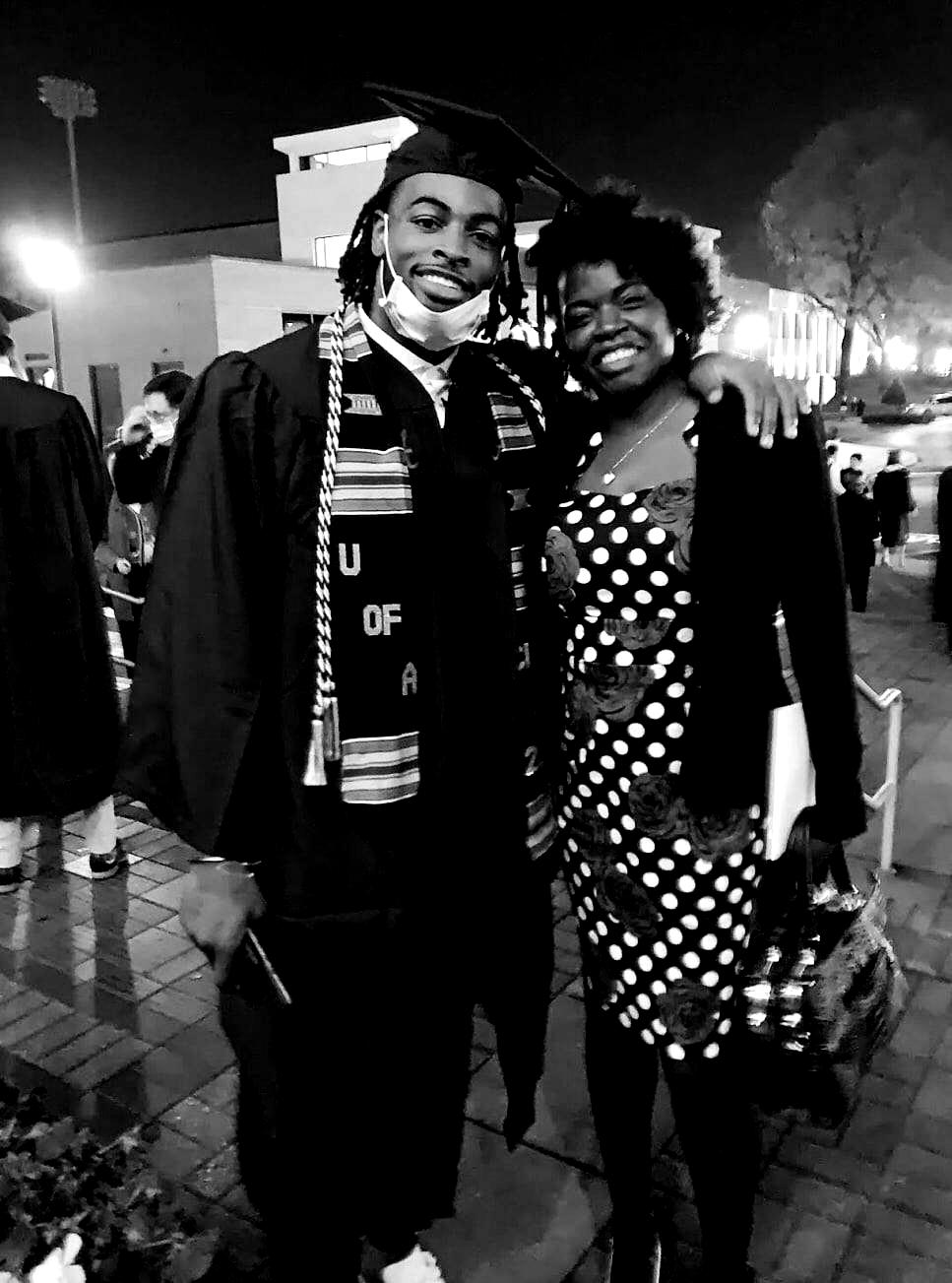 “That’s 99% of this, making sure his mom doesn’t have to worry about anything anymore,” said Marcus Malu, Harris’ longtime trainer and a family friend. “It’s peace for both of them. They don’t ever have to worry about sleeping on the floor, or not having food.”

Or, as Hicks said, “Najee’s always talking about taking care of me. I tell him he doesn’t have to do this, but I’m proud of him for chasing his dreams.”

Harris and Hicks returned to the Richmond homeless shelter earlier this month, visiting the small room where the family stayed “for a while” when Harris was in middle school before moving to Antioch. Harris, who will have food catered there for a draft watch party Thursday night, is working on long-term ways to help the facility.

As he forms his nonprofit and crystallizes other off-field endeavors, Harris eyes the draft with a mixture of excitement, happiness and relief. He could have turned pro last year, after gaining 1,224 rushing yards and scoring 20 touchdowns as a junior, but he came back and gained 1,466 rushing yards and scored 30 touchdowns while leading Alabama to the national championship and earning his degree.

Maybe most importantly, he did not get hurt.

Harris’ size (6-foot-2, 230 pounds), durability and pass-catching make him an appealing choice for a team seeking help at running back. That could happen as early as the No. 16 pick (Cardinals), though some mock drafts link him to the Steelers at No. 24 and others have him falling to the second round.

He insisted he doesn’t care which team selects him, because he feels like he can play in any offense. But he does want to become a first-round choice — and that’s no guarantee, mostly because NFL teams don’t value running backs as much as most other positions.

And, yes, that rankles Harris.

“I’m bothered 100% by it,” he said. “People don’t realize how important it is to have a good running back. They say you can get one in any round, but if you really want one who can do everything, it’s hard to find. The way they abuse running backs, it’s annoying.”

Doug Hendrickson, Harris’ agent, still projects him to come off the board in the middle or late part of the first round. Harris talked to more than 20 teams via Zoom calls, according to Hendrickson, who estimated six or seven are realistic destinations.

At some point, when Commissioner Roger Goodell steps to the podium and announces Harris’ name, one team will acquire a big, bruising back with distinctive dreadlocks, a magnetic smile and a difficult upbringing that shaped his work ethic.

“It’s going to be a big relief,” Hicks said. “I might be all teeth and gums when he’s drafted — and I might cry to myself later that night, because my son did it.”

No one can proclaim themselves humble. We would laugh at the person who won a humility contest and bragged of their victory. Humility is a misunderstood mystery to most, yet God considers it a trait to be desired and longed for.

Jesus became completely human inside and out. Paul states in Philippians that Jesus was “like” a human and says He took on the actual outward characteristics of a man — all part of the process of Jesus becoming nothing. He took the form He needed to take so that He could help the people He considered of utmost worth.

Jesus is our example as it relates to putting others first. He considered humanity— you and me — of the utmost worth. He began the process of making Himself nothing to gain what was of worth. He considered equality with God something He could live without. He took the very nature of a servant. He was made in human likeness, both inside and out. He became obedient to death. That was Christ’s process to humility.

People have to be our goal. It’s the distinction of “You are worth it to me.”

Is someone else worth it to you?