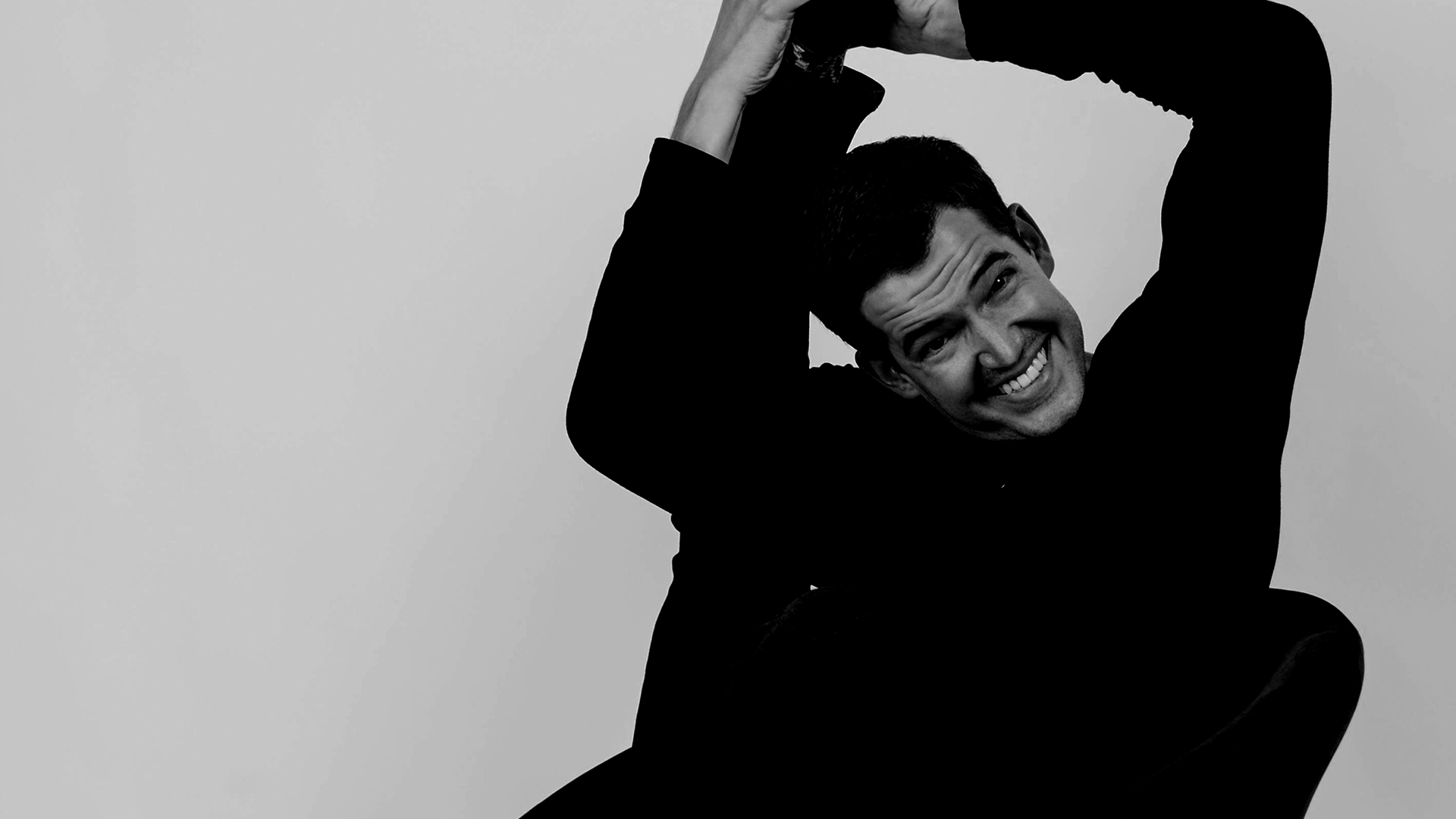 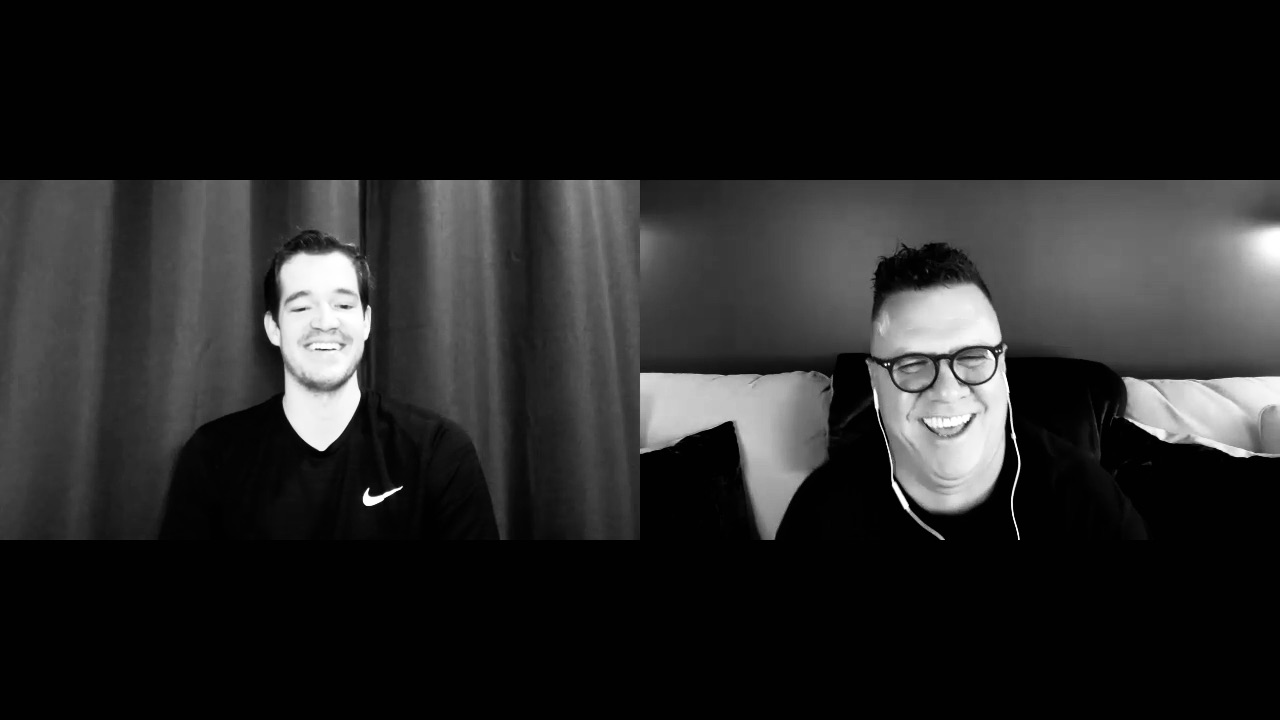 Homeschooled preacher’s kids with finance degrees don’t usually quit their Budget Analyst jobs that provide health insurance to be stand-up comedians, but Andrew Stanley didn’t know that. He is now touring all over the country (as well as internationally) performing at clubs, festivals, fundraisers, churches, corporate events, bars with 4 people in them that “didn’t know there would be comedy tonight…”

Andrew possesses a unique perspective that pairs well with his dry delivery and observational nature.   He was the winner of the 2017 Search for the South’s Funniest Accountant and in 2019, he was selected as a New Face of Comedy at Montreal’s prestigious Just For Laughs Comedy Festival.  Andrew’s parents are still alive so he works clean.

Andrew and Stuart have a fascinating conversation regarding leadership, excellence and courage. This is going to be a great listen!

Acclaimed author James Fenimore Cooper once quipped that “History, like love, is so apt to surround her heroes with an atmosphere of imaginary brightness.” It’s true. The older we get, the better we were. The more time passes, the larger the conquest, the more significant the victory. It is the nature of history. But what now stands as epic and historical was frightening and intimidating in real time. Heroes in their prime weren’t heroes. They were common, ordinary people with a resolve to do something hard… because that something hard was the right thing to do.

The Scriptures have much to say about being brave. David encouraged readers in Psalm 31:24 to “Be strong and take heart, all you who hope in the LORD.” The phrase take heart translates have courage in Hebrew. And David qualifies who should be strong and full of courage – people who have placed their hope in God. So here is what I want to ask you: In what area of your life do you need to be brave?

One day someone may cite a decision you made in the prime of your life, a decision that you never considered within the realm of heroism. A choice you made that was hard at the time but the right thing to do…

You have no idea how far your courage in that moment will stretch.

And sometimes that courage looks like facing your own biases.

We are often told not to judge a book by its cover, but that is exactly what you need to do with the new diversity quiz from the Human Library. The methodology is simple, look, judge, swipe and reflect. The purpose of the quiz is to help our readers better understand how our bias influences the way we engage with other groups in our community.

“We recognize that it is part of human nature to navigate diversity by way of our unconscious bias and the quiz will help us understand that,” says HLO founder Ronni Abergel.

It takes less than five minutes to test your unconscious bias and complete a set of the questions. In short you are presented with an image of one or more of our books and a statement along with the choices you have.

You then swipe your answers according to your first instincts. The exercise ends with an opportunity to reflect on the judgements passed and mirror in how others judged.

The content of the online diversity quiz is based in part on the experiences of our volunteer books from around the world. This means many of the stereotypes and prejudices included in the quiz are faced by real people everyday.

The quiz is available in English and Danish for now, but more versions are in the pipeline. The quiz will primarily be used as part of preparing our coming readers from schools, colleges, universities and workplaces, for their visit to the Human Library.

Follow the link below to try the new quiz.

In this Episode’s Version, INFLUNSR. asked you to read the riveting story of the moments and hours after the Titanic struck an iceberg and the ensuing chaos. It was the midnight decision that sealed the fate of more than 1500 who died within hours, but its significance is little known in the dramatic retelling of this tragedy.

Just after midnight on April 15, 1912, two boats some way from the Titanic received an unbelievable message. The “unsinkable” ship was going down.

When saving even one life matters, imagine having saved hundreds of lives just because you had the courage to do the right thing instead of the easy.

This is the story of a ship in the middle of shipwreck and a lifeboat that reached in time.

Sometimes, courage is not about insane bravery. It’s just simply about having the guts to let go of what’s important to you because someone else is in dire need.

Obviously, the crew of the Sampson did not possess this royal quality.

There was another ship approximately fourteen miles away from the sinking Titanic. The Californian saw the distress signals — it was within eyeshot — but they were surrounded by ice and it was night time; and it wasn’t comfortable for them to move. They decided to wait until the morning for the conditions to improve.

The third ship was approximately fifty-eight miles away and was already moving in the other direction but when they heard the cries over radio, they decided to be the lifeboat. The captain of this ship just prayed to God for direction and turned the boat. They waded ice fields in the dark but kept going.

The lifeboat was the Carpathia. The Caparthia saved seven hundred and five lives that night. Those 705 lives were saved because one man chose love over fear, the right thing over the easy thing. That one man had the courage to look beyond his comfort.

He is Captain Arthur Rostron, the man who simply said, “Mr Dean. Turn the ship around.”

Paul wrote Timothy and said that

We asked you ask for your parents or guardian’s permission and watch the the heartwarming film We Bought A Zoo. Acclaimed filmmaker Cameron Crowe (Jerry Maguire, Almost Famous) directs an amazing and true story about a single dad who decides his family needs a fresh start, so he and his two children move to the most unlikely of places: a zoo. With the help of an eclectic staff, and with many misadventures along the way, the family works to return the dilapidated zoo to its former wonder and glory.

Rated PG for language and some thematic elements.

Dylan and Rosie have very different viewpoints about facing the challenges of moving to a new place. How does each child’s perspective about their current home affect their feelings about their new home? How do you think you would react to such a dramatic move? Losing their mother impacts their lives drastically. How do Dylan and Rosie respond to the death? How does Benjamin respond to losing his wife? How do they each grieve in their own way? Is there a right way to grieve? If courage is choosing love over fear, how is each character (Dylan, Rosie, Benjamin) an example a courage?

We asked you to read When Christian Eriksen Was in Trouble, Teammate Simon Kjaer Became a Perfect Leader Fox Sports article by Martin Rogers.

When Christian Eriksen was in trouble, teammate Simon Kjaer became a perfect leader.

Andy Robertson said, “For me, no matter what happens in this tournament, that picture (of the Denmark squad around Christian Eriksen) is what everyone should remember. They protected him from the world, the cameras – gave him the privacy he needed.” How does this story resonate with you regarding courage? How should courage be leveraged for the sake of others?

We asked you to watch and read the UT News article titled Adm. McRaven Urges Graduates to Find Courage to Change the World.

We asked you to read the article The Amazing, Touching Story Behind “Creed” by Kelley L. Carter.

Director Ryan Coogler first fell in love with filmmaking while watching the Rocky franchise as a kid. Now, he’s giving it new life — and a lot of feeling — with Creed. Here’s how the 29-year-old channeled his family’s tragedy to make it happen…with Sylvester Stallone’s blessing.

Ryan Coogler is an incredible example of being available…. God is not concerned with your ability but with your availability. Do you agree with that? Is that good news? Why do you think God’s “qualifications” work that way? Are you available to God right now? Or are you as available as you want to be? Why? What do you want to do about it?

We asked you to read the Relevant magazine article entitled Biblical Servanthood Is Not What You Think.

Conformity was as much of an issue in the first century as it is today. The intellectual elite in Corinth had certain ideas about how everyone should behave. Not only did they set the standard for normative behavior and practices, they also expected people to cater to their personal expressions…These leaders want Paul to speak like they do, thereby reflecting their status and cultural identity, and Paul refuses to have any part of this. He will not appease the wealthy and the powerful. That is his freedom and his right.

The word win in 1 Corinthians 9:19 is the only place where Paul uses the verb win in this way. The only other occurrence of the word in his writings is in Philippians 3:8 where he writes of gaining Christ. It’s a word used primarily in the context of conversion. Someone is won for Christ from darkness or from the world. The Greek word for “win” means “to gain or acquire by investment,” and this definition provides us a useful lens for understanding why Paul enslaves himself to achieve this kind of acquisition. What are you that invested in? For what end?