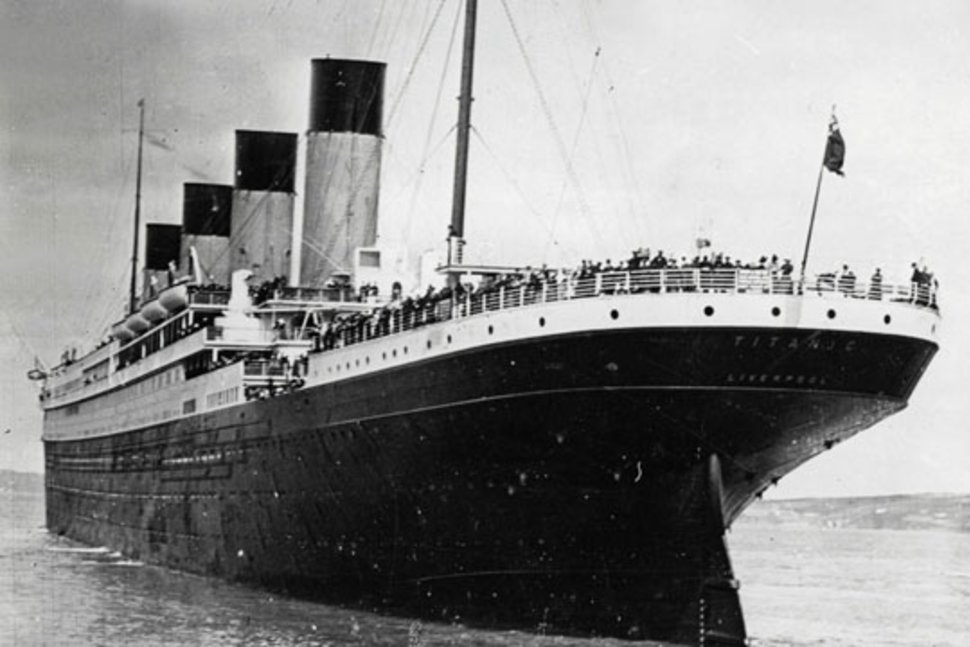 It was the midnight decision that sealed the fate of more than 1500 who died within hours, but its significance is little known in the dramatic retelling of this tragedy.

Just after midnight on April 15, 1912, two boats some way from the Titanic received an unbelievable message. The “unsinkable” ship was going down.

The nearest boat to the great cruise liner, the Californian, was less than 20 kilometers away, within eyeshot — and a crew member informed Captain Stanley Lord that the Titanic was sending up distress rockets.

Yet, surrounded by icebergs, he decided not to act. He didn’t wake his wireless operator, he didn’t try to contact the ship and he didn’t head towards it.

“The hazard to himself and his command was too great to risk responding,” Titanic researcher Daniel Allen Butler told news.com.au. “The Californian did nothing.”

As the Titanic hit an iceberg off Newfoundland and sank, a story possibly even more dramatic was happening elsewhere.

Captain Lord later maintained he did not realize the rockets were a distress signal, and was further away than 20 kilometers, but a British inquiry concluded that if he had pushed through the ice to the troubled ship, the Californian “might have saved many, if not all, of the lives that were lost”.

“Such conduct, whether arising from indifference or gross carelessness, is most reprehensible, and places upon the commander of the Californian a grave responsibility,” a United States Senate inquiry concurred.

It was only thanks to the heroism and unbelievable luck of another man that as many as 705 survived the monumental disaster. 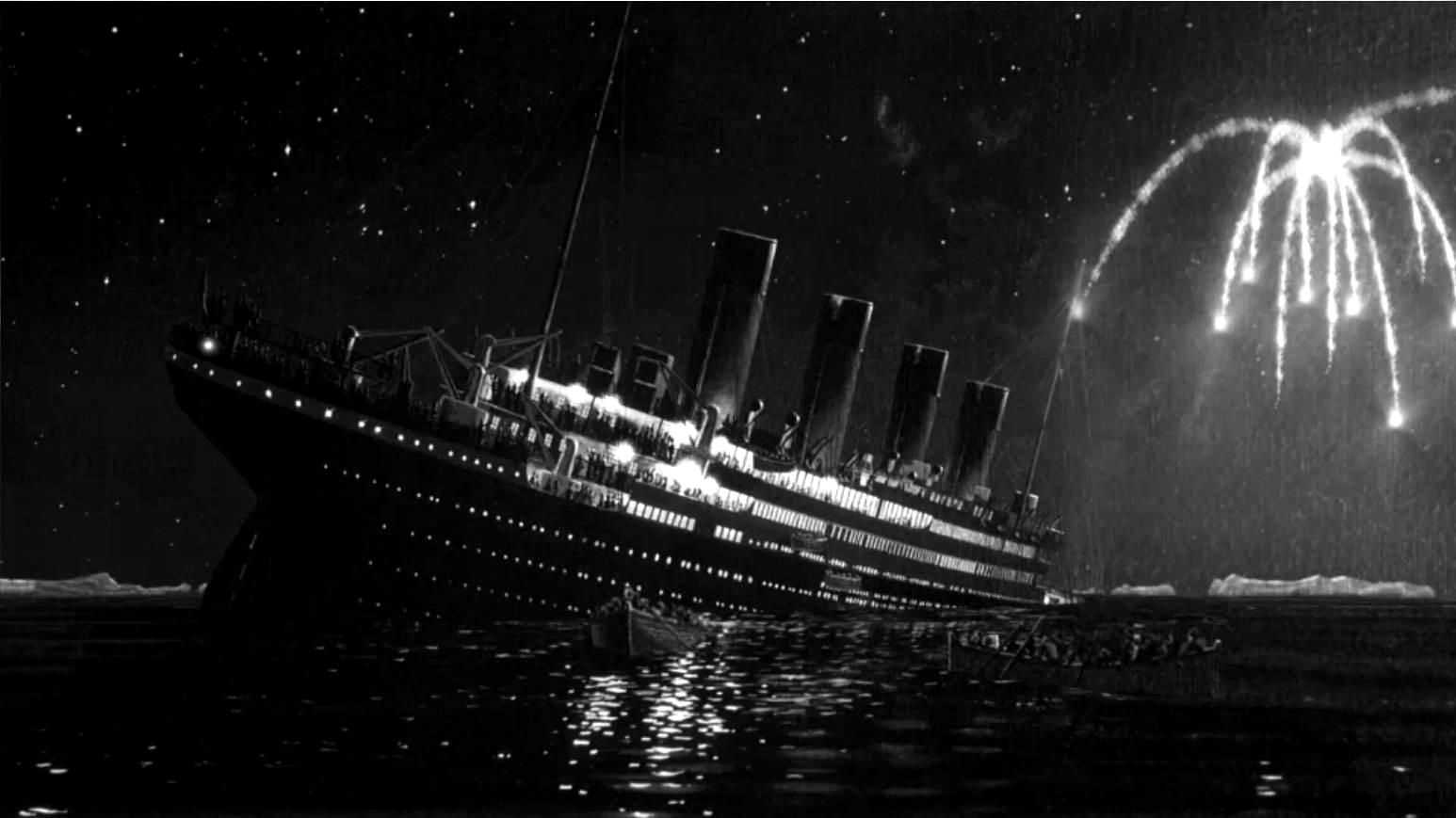 ‘MR DEAN, TURN THIS SHIP AROUND’

At the same moment Captain Stanley was ignoring the strange activity on the horizon, another captain more than 100 kilometers away made a split-second choice that saved those lives.

The Carpathia’s wireless operator, Harold Cottam, had just sent a message to his counterpart on the Titanic to let him know there was a backlog of messages from shore waiting for his passengers. The response “literally made Cottam’s blood run cold”, Butler said.

“CQ” is a call-out, “D” means distress, “MGY” was the Titanic’s call letters, followed by the coordinates. He also mixed in the newer “SOS” signal for one of the first times in history, but it would have been CQD that stood out to Cottam.

The operator raced up to Captain Arthur Rostron’s cabin, ignoring the first officer and flinging open the door, in a clear breach of protocol. “The Titanic has sent out a distress call, she needs our assistance immediately,” he said.

But a boat less than 20 kilometers away, the Californian, overlooked the Titanic’s distress signals, arriving the next morning, when only dead bodies remained.

The first words out of the captain’s mouth were directed at first officer Horace Dean, who had followed Cottam in: “Mr Dean, turn this ship around. I’ll work out the course for you in a moment. Now, Cottam, are you sure it’s the Titanic and are you sure she needs our assistance?”

Butler — who wrote a book called The Other Side of the Night about what happened outside the sinking Titanic — believes this says it all about who Captain Rostron was.

“He wasn’t going to waste the seconds necessary to confirm before he acted,” Butler said. “So when he heard the word ‘distress’ he reacted, I think, instinctively.” 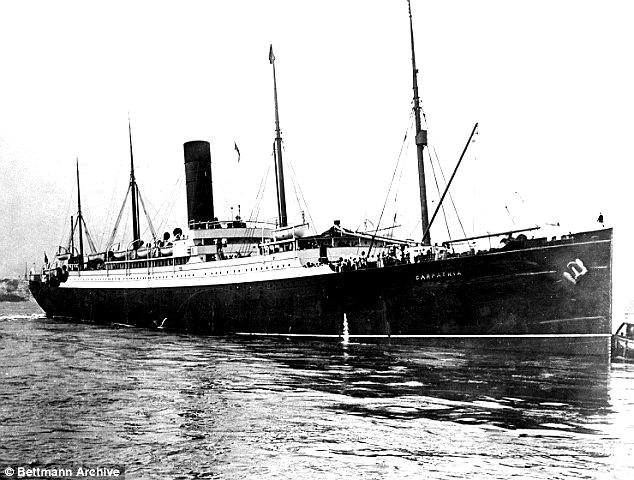 ‘THE TITANIC IS SINKING’

As Captain Rostron began the race towards the Titanic, he instructed his officers to prepare the ship to take on as many as 2000 extra people, with passengers moved into new cabins and the pump rooms converted to temporary dormitories.

Luckily, the boat had been heading eastbound from New York to Hungary, rather than in the busier opposite direction, so was only carrying a quarter to a third of its capacity.

When the boat finally arrived at the scene it was about 4:00 am, nearly an hour and a half after the Titanic sank at 2:20 am. “He never slows down until he reaches the point where he’s estimated that the Titanic should be. ‘This is the position that the Titanic may be, where’s the Titanic?’,” Butler said.

The unsinkable ship was gone.

The temperature on board plummeted as the captain shut off steam to any part of the ship except the engines in order to travel faster, realizing he was three or four hours away.

“Every time Phillips sends out new information, Cottam is sending it to the bridge and it quickly becomes obvious that the Titanic is not just in trouble, the Titanic is sinking,” Butler said. “This is unthinkable, but it’s happening.”

The Carpathia, designed for speeds of 14.5 to 15 knots maximum, was traveling about 16 knots, with extra lookouts posted about the ship to call out if they saw ice.

It was an extremely dangerous undertaking, and the captain later said he believed “some other hand than mine was on the helm that night.”

If it were not for the Carpathia, every one of the great vessel’s passengers would most probably have died from hyperthermia in the freezing conditions. 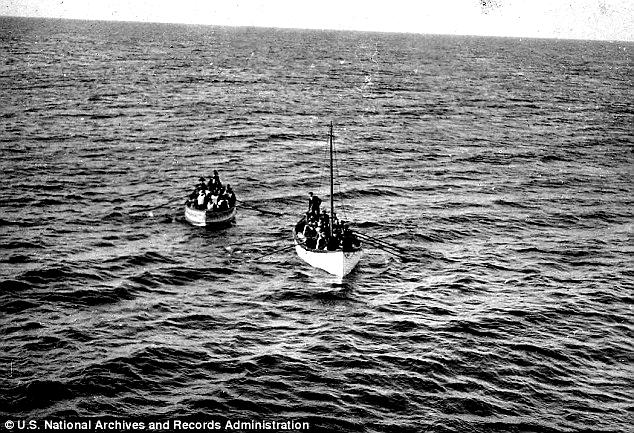 Captain Rostron spotted a green flare from a lifeboat and realized the only survivors would be in lifeboats. For the next four hours, he rushed back and forth collecting the boats.

Most were hauled up into the Carpathia because they hadn’t the strength to climb the ropes.

They were lucky. There were no other boats close to them enough to get to them before they would have started freezing to death.

The Californian eventually headed to the scene after daybreak, when it was confirmed the Titanic had sunk, arriving about 10:00 am.

“By the time the captain of the Californian had decided to act and arrived on the scene, passengers would have been dying of hypothermia,” Butler said. “Most, if not all, would have died.

“He would have been collecting boats full of corpses.”

As it was, the boat searched for more survivors as the Carpathia prepared to depart, but found only wreckage, empty lifeboats and bodies. “There were bodies everywhere, in some cases for three weeks after the disaster,” Butler said. Crews arrived later for the macabre task of collecting up the corpses frozen in the steamer’s life vests.

Captain Rostron counted the 705 survivors he had found and decided to return to New York, unsure the boat would make it to England.

As it headed back, the Carpathia’s passengers tried to help the shell-shocked survivors, giving them clothes and toiletries and replacing their soaked, cracked shoes.

One woman, Augusta Ogden, recalled trying to bring tea to a group huddled on deck.

“Go away,” one said. “We’ve just watched our husbands drown.” 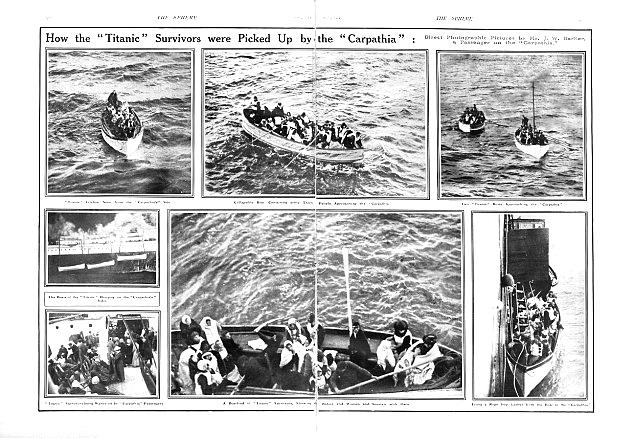 MORE DRAMATIC THAN THE TITANIC ITSELF

The Carpathia arrived in New York to utter pandemonium. The Titanic’s final destination was supposed to be Pier 59 on the Hudson River, owned by the White Star Line.

An estimated 30,000 people were crowded on both banks shouting to survivors, with loved ones looking anxiously for their relatives and journalists waving fistfuls of dollar bills, begging the men to jump into the freezing river and swim to shore to tell their story.

Captain Rostron stopped at Pier 59 to drop off the Titanic’s lifeboats, then sailed back to dock at the Cunard-owned pier Pier 54.

The rusting pier is set to become the gateway to a new $250 million dollar park stretching out on to Pier 55.

For some, it will always remain the place where the star-crossed ship’s survivors made it back to land after their terrible ordeal.

For those who know more, it is symbolic of Captain Rostron’s courageous triumph and Captain Lord’s equally spectacular failure — although a later inquiry in 1922 concluded that the Californian most probably would not have saved any more people than the Carpathia.

We may never know what could have been.

But Pier 54 will remain for insiders, the central location in the unforgettable tale of the Titanic.

When saving even one life matters, imagine having saved hundreds of lives just because you had the courage to do the right thing instead of the easy.

This is the story of a ship in the middle of shipwreck and a lifeboat that reached in time.

Sometimes, courage is not about insane bravery. It’s just simply about having the guts to let go of what’s important to you because someone else is in dire need.

Obviously, the crew of the Sampson did not possess this royal quality.

There was another ship approximately fourteen miles away from the sinking Titanic. The Californian saw the distress signals — it was within eyeshot — but they were surrounded by ice and it was night time; and it wasn’t comfortable for them to move. They decided to wait until the morning for the conditions to improve.

The third ship was approximately fifty-eight miles away and was already moving in the other direction but when they heard the cries over radio, they decided to be the lifeboat. The captain of this ship just prayed to God for direction and turned the boat. They waded ice fields in the dark but kept going.

The lifeboat was the Carpathia. The Caparthia saved seven hundred and five lives that night. Those 705 lives were saved because one man chose love over fear, the right thing over the easy thing. That one man had the courage to look beyond his comfort.

He is Captain Arthur Rostron, the man who simply said, “Mr Dean. Turn the ship around.”