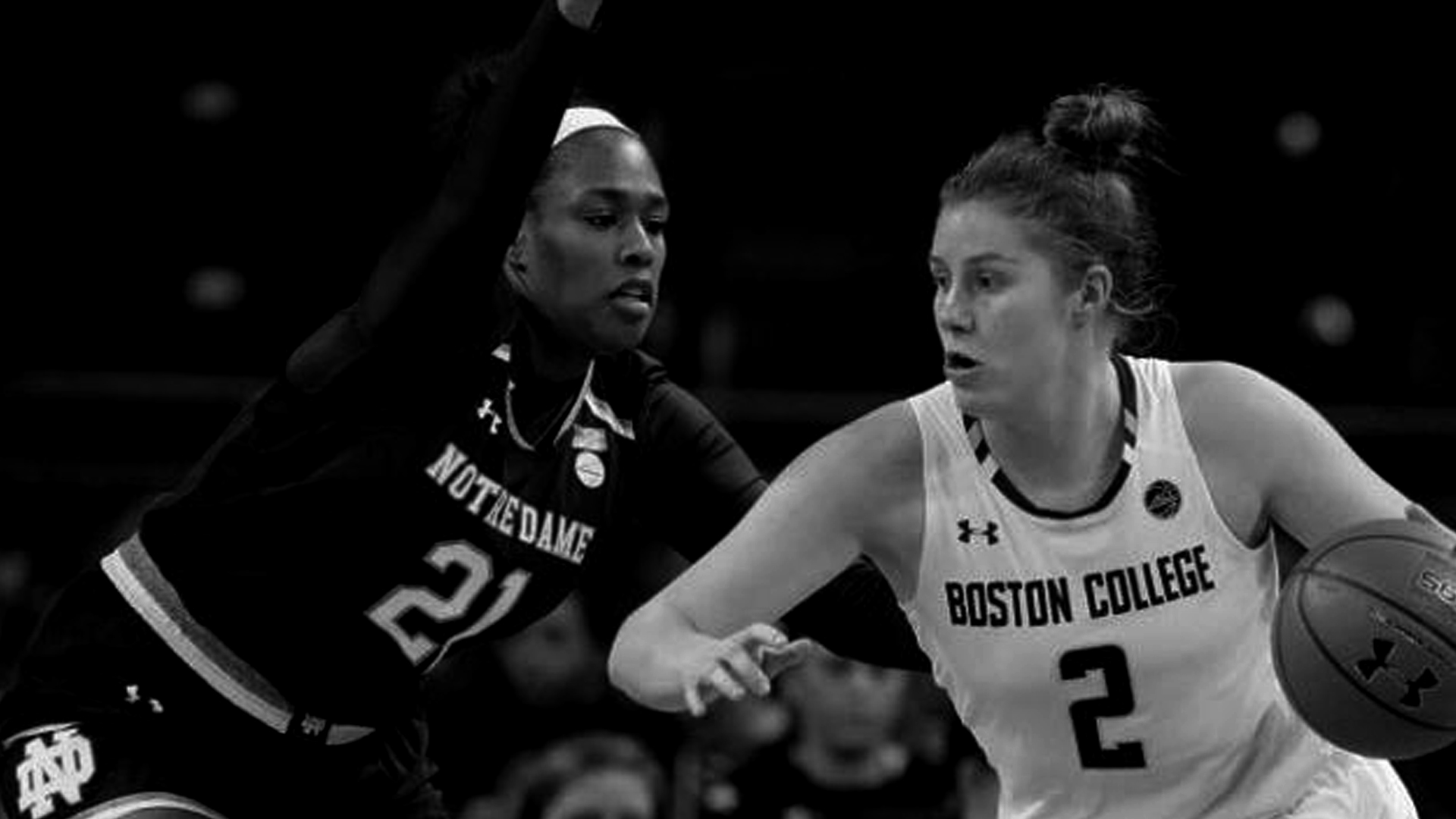 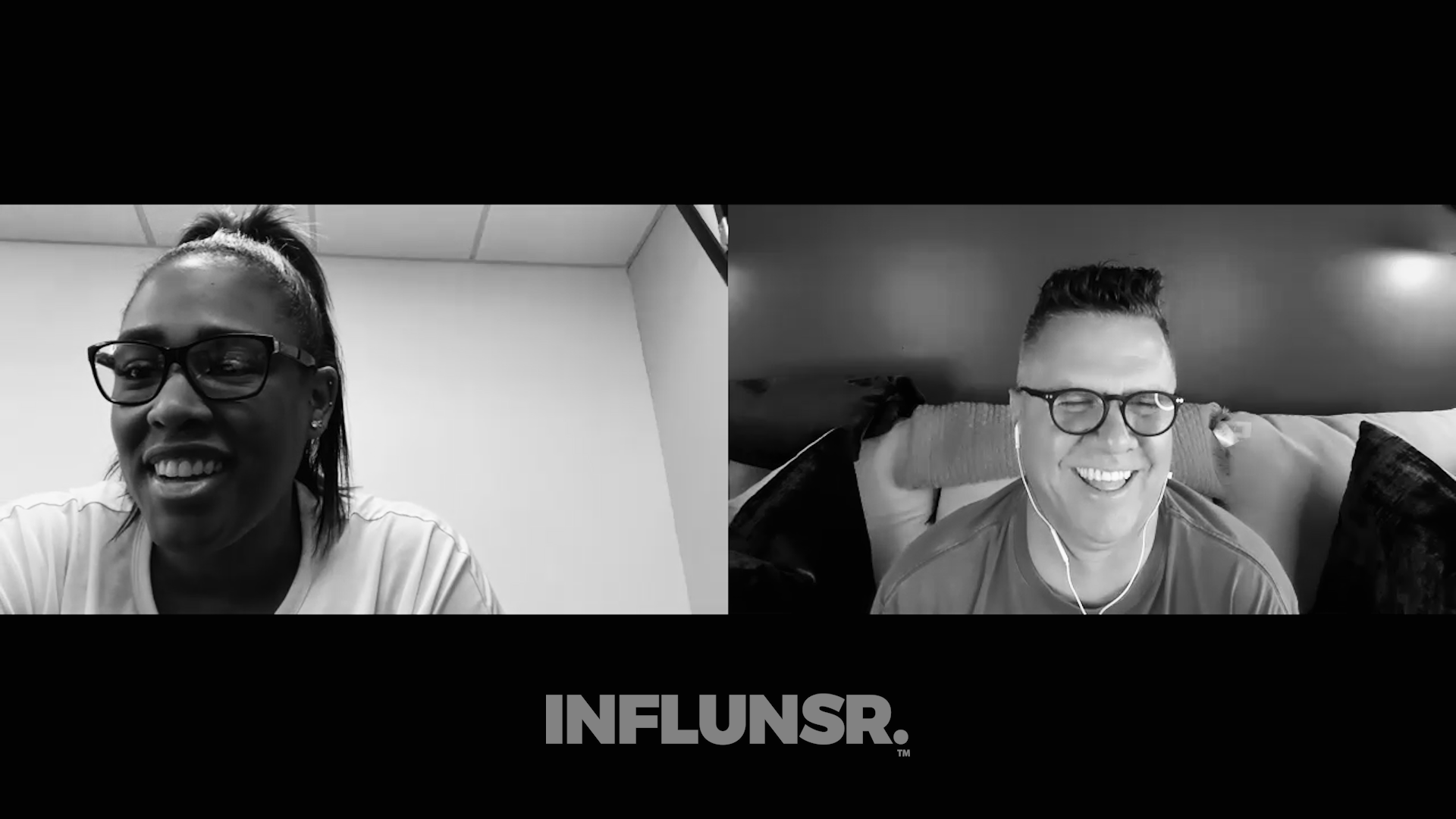 Kristina KoKo Nelson, who joined the football staff at Vanderbilt University in February, 2021, serves as the recruiting operations coordinator. She began her Commodore tenure as the assistant on-campus recruiting coordinator before taking on her current role in May, 2021.

Nelson spent the 2019 and 2020 two seasons with the Minnesota football program as a recruiting and graphics design assistant. During her time with the Golden Gophers the team went 14-6 and captured the 2019 Outback Bowl with a 31-34 victory against Auburn.

A Notre Dame graduate, Nelson was a 2018 NCAA national champion with the women’s basketball program. As a fifth-year senior in 2018, she led the team in field goal percentage at 62.0 percent (85-137). She was a student-athlete from 2013-18 and a two-time ACC All-Academic honoree.

KoKo and Stuart have an inspiring conversation regarding leadership, excellence and courage. This is a very insightful listen!

What if that woman had gotten an angry driver, or one who was impatient to end his shift? What if I had refused to take the run, or had honked once, then driven away? On a quick review, I don’t think that I have done anything more important in my life. We’re conditioned to think that our lives revolve around great moments. But great moments often catch us unaware… Beautifully wrapped in what others may consider a small one.

As Jesus was walking along, he saw a man who had been blind from birth. “Rabbi,” his disciples asked him, “why was this man born blind? Was it because of his own sins or his parents’ sins?”

“It was not because of his sins or his parents’ sins,” Jesus answered. “This happened so the power of God could be seen in him. We must quickly carry out the tasks assigned us by the one who sent us. The night is coming, and then no one can work. But while I am here in the world, I am the light of the world.”

Then he spit on the ground, made mud with the saliva, and spread the mud over the blind man’s eyes. He told him, “Go wash yourself in the pool of Siloam” (Siloam means “sent”). So the man went and washed and came back seeing!

His neighbors and others who knew him as a blind beggar asked each other, “Isn’t this the man who used to sit and beg?” Some said he was, and others said, “No, he just looks like him!”

But the beggar kept saying, “Yes, I am the same one!”

They asked, “Who healed you? What happened?”

He told them, “The man they call Jesus made mud and spread it over my eyes and told me, ‘Go to the pool of Siloam and wash yourself.’ So I went and washed, and now I can see!”

“Where is he now?” they asked.

I recently had a conversation with an incredible leader who relayed a fascinating, incredible insight into the depth of this healing by Jesus….

Many eye surgeons believe Jesus’ healing of the man born blind was one of His greatest miracles.

Each eye has around 1.2 million nerve endings behind each eye. 53% of those nerve endings crisscross and then run to the back of the brain to connect with another million or so nerves that deal with balance, equilibrium, etc.

If you were to sew shut the eyes of one-day old infant — which you would never do — and open them one year later, the baby would be “brain blind.”

That child would never have normal eyesight.

Jesus had to heal the man’s brain and all those never endings before he healed his eyes.

Perhaps we need to pray that Jesus would heal our minds first.

In this Episode’s Version, INFLUNSR. asked you to read the backstory of the filming of the epic award winning film Saving Private Ryan. By the end of Saving Private Ryan, the cast looks completely physically and mentally drained, and it’s not just because they’re really good actors. Before Ryan, Spielberg hadn’t shot a film in order since E.T. (1982). He explained that he filmed in that unconventional style for E.T. because he wanted the child actors, many of whom had never appeared in a movie before, to understand exactly where they were going in the story.  For Saving Private Ryan, he decided to once again film the movie in order.

Steven Spielberg has always wanted to make films about important questions of history. He made the film Schindler’s List about the Nazi extermination of Jews, Amistad about slavery, and many others. He has been praised for making films about key questions, and criticized for trivializing or being sentimental about important human experiences.

Leadership is a gift from those who follow. You can’t do leadership well and do people wrong. Saving Private Ryan is about the heroism of soldiers doing what they believe is their duty in wartime, but as the plot develops readers and audiences are reminded that the physical combat of war is hell; that battlefield decisions made on the spur of the moment are often brutal; and that orders from the top can be absurd.

It says in the book, “Boys became men as they crossed the killing zone of Omaha Beach.” Can you support the idea that military battles make boys into real men? Or do you think such situations brutalize men and make them more like animals?

We asked you ask for your parents or guardian’s permission and watch the heartwarming film Peanut Butter Falcon, an adventure story set in the world of a modern Mark Twain that begins when Zak, a young man with Down syndrome, runs away from the nursing home where he lives to chase his dream of becoming a professional wrestler by attending the wrestling school The Salt Water Redneck. Through circumstances beyond their control Tyler, a small-time outlaw on the run, becomes Zak’s unlikely coach and ally. Together they wind through deltas, elude capture, drink whisky, find God, catch fish, and convince Eleanor, a kind nursing home employee with a story of her own, to join them on their journey.

There is a powerful scene on the raft where Tyler (played by Shia LeBeouf) scolds Eleanor (played by Dakota Johnson) for the way she treats Zak, highlighting the limitations that people have projected on to him. How does Tyler help him break free of those limitations throughout their friendship? Does his belief in Zak change the way others view him? And how does the way you love and lead another have this same sort of impact?

We asked you to read How To Be a Good Ancestor Vox article by Sigal Samuel.

Don’t get trapped in the now. You can help future generations survive risks like climate change, pandemics, and artificial intelligence.

There’s a story in the Talmud that Wallach likes to tell participants: “One day, a man named Honi was walking along and saw a man planting a carob tree. Honi asked him, ‘How many years will it take until it will bear fruit?’ He said, ‘Not for 70 years.’ Honi said, ‘Do you really believe you’ll live another 70 years?’ The man answered, ‘I found this world provided with carob trees, and as my ancestors planted them for me, so I too plant them for my descendants.’”

What the man expresses in the story is gratitude toward his ancestors, and it’s that emotion that propels him to look out for his future descendants. The story captures a truth about human psychology that has since been validated in scientific studies: Eliciting gratitude in people is an effective behavioral nudge for getting them to act in the best interests of future generations.

What are you leaving for those who come behind you?

We asked you to read The Atlantic article titled The False Promise of Morning Routines.

Why everyone’s mornings seem more productive than yours.

This is a very telling snippet from this brilliant read: “… being productive in the morning is not simply a matter of strength and determination. While everyone has the same 24 hours in a day, not everyone has the wealth to make time for an hour on the treadmill by delegating tasks to personal assistants, nannies, and chefs. Nor does everyone benefit from making morning saintliness a part of their public image.” How are you most productive? Can you articulate the best daily rhythms for you?

We asked you to read the LA Times article Zack Gottsagen has Down syndrome. And a movie role. And a best bud named Shia LaBeouf by Lisa Rosen.

Costar Dakota Johnson says, “Before working with Zack, I had become slightly solitary as some form of a protection mechanism. The way Zack operates on set and in the world is just completely pure. He does not judge people, criticize or assess them. He does not compare himself to others, or hold any person to any sort of standard. He just accepts unconditionally, and it is the most powerful way I’ve ever seen a human be.” Would you say you accept others unconditionally, or are you extremely judgmental, holding others to a very high standard? How does this impact your influence?

We asked you to watch the Hey Guys interview with Shia LaBeouf and Zack Gottsagen for their movie The Peanut Butter Falcon which also stars Dakota Johnson.

Shia LaBeouf says that Zack Gottsagen “softened me. I was raised on Nirvana and ‘The Simpsons’, and I have a real cynical gene in me that sort of overwhelms the naïve-cutesy side of me… then you get around Zack long enough and you start feeling the effects…. Zack has an effect on everyone he’s around, and it’s a softening effect.” What do you need to do to be more like Zack? How can you have a softening effect on others? How was Jesus like Zack Gottsagen? Explain your answer.