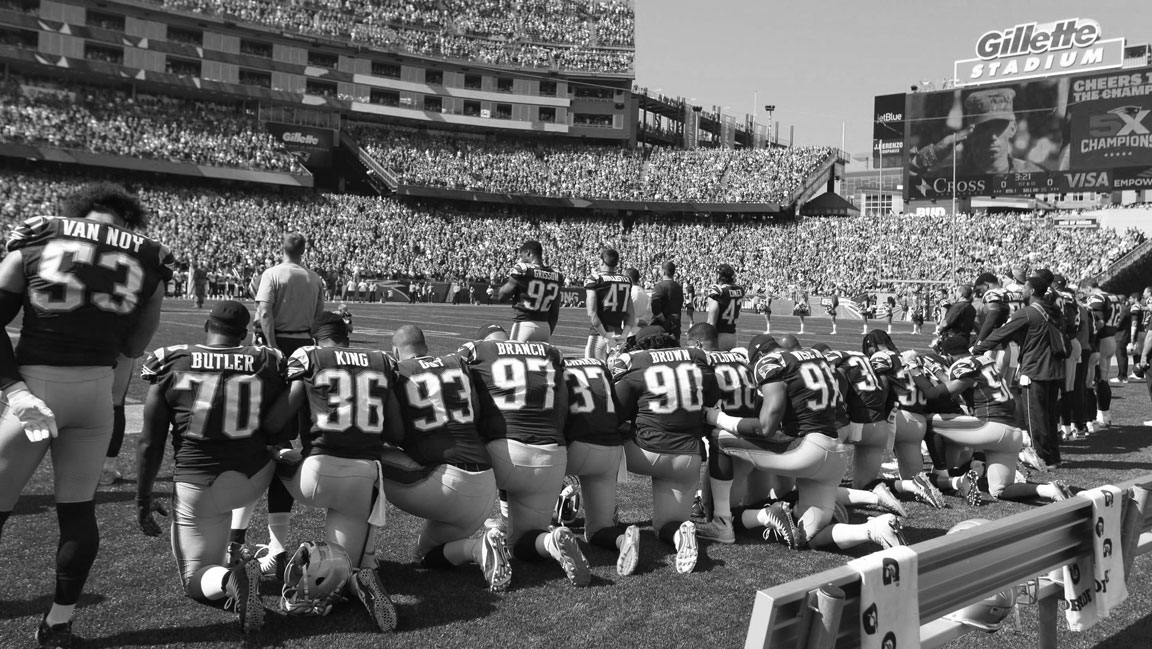 When I was a senior in high school I took a leadership class, where part way through the year we had to do a presentation before the class on a leader that we respected. I was active in our Fellowship of Christian athletes club, a leader in my youth group and a host of a weekly prayer breakfast at my house. So of course, I did my report on Jesus.

It seemed like the best way to show my Christian witness. It seemed like the most effective approach to share my faith. It felt like I was a real revolutionary—standing up in my public high school to talk about the Son of God.

It isn’t that it was a bad decision, but I wonder now, looking back if it was as courageous as I thought it was.

For a lot of my life it thought courage was doing what got the most attention, what stood out, what was going against the flow of culture and everyone around me. And it can be that. There are plenty examples of courageous people doing just that in culture. Be it wit the stands they are taking due to their faith or their ethics, or their convictions.

Colin Kaepernick takes a knee during the national anthem. Because he believes it’s right to do. That takes courage. 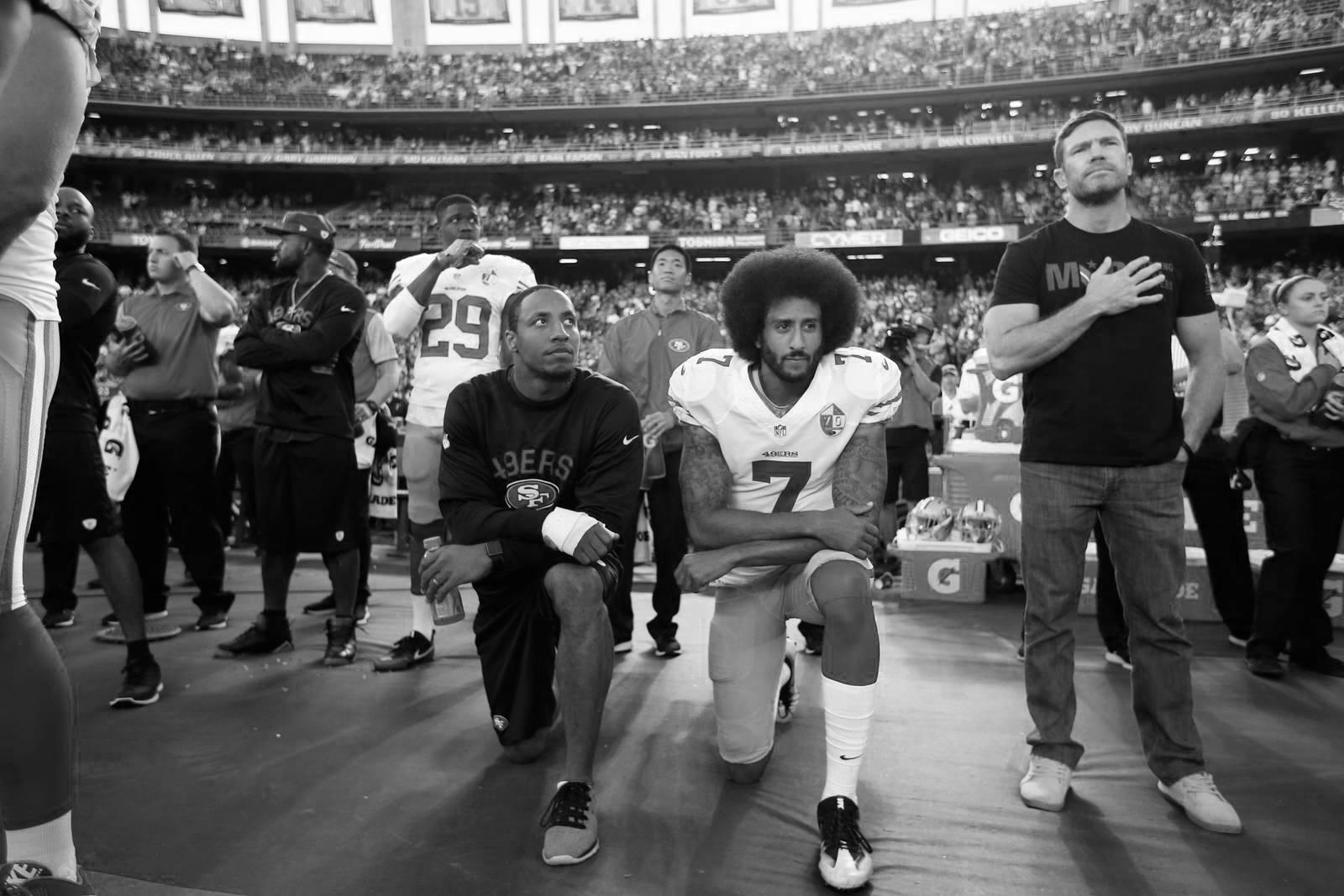 Vice President Mike Pence walks out of the football game when players take a knee. Because he thinks it’s right to do so. That takes courage. 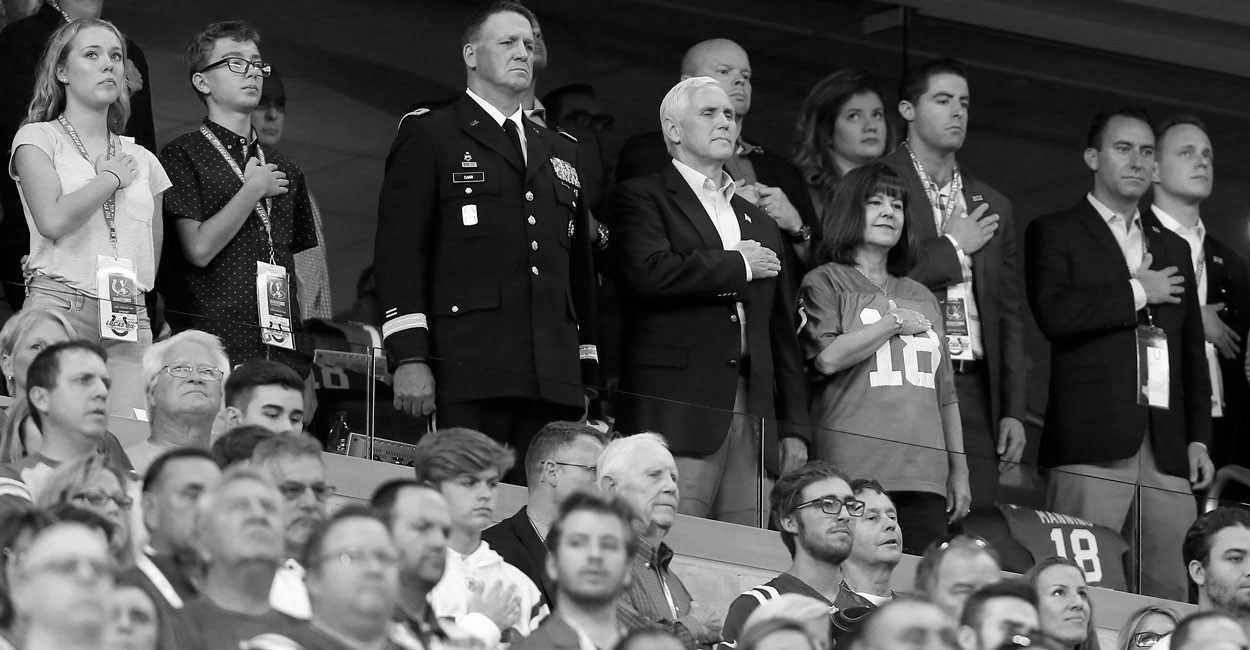 Courage is doing something that may not be popular to everyone watching, but going through with it anyway. It’s deciding to stay true to our morals and our convictions even if those watching don’t understand. But that’s not all courage is.

Courage isn’t just doing a leadership talk on Jesus at a public school.

It isn’t just taking a knee or walking out.

It isn’t only protesting something or speaking up.

Courage is a million little things people who will never sign a contract with the NFL or hold an elected office, or speak in front of a crowd, or have a national platform do too. Who behave courageously, not because the stakes are lower and they have nothing to lose. But because the stakes are lower and they have nothing to gain, but do it anyway. They don’t get the affirmation from a crowd or the attention of the media, or a Nike ad, or a dozen different articles written in their defense. They get…well, I don’t know what they get. Most of us don’t. Because even though they did the courageous thing, we haven’t heard of them. But that doesn’t make them less courageous.

See, I think the halls of our high schools are filled with people who possess everyday courage. And I think you could be one of them. Maybe you already are. Or maybe you are waiting for the chance for a bigger stage, to really make a point in front of more watching eyes, to pick Jesus as your example for a leader in front of your whole class because you have everyone’s undivided attention. Or maybe you are waiting for your Colin Kaepernick moment, or your Mike Pence moment, for the bigger scale. If that’s you, it’s possible there are thousand small opportunities you missed to be courageous because you were waiting for your big one.

But what if you didn’t have to wait? What if courage was yours for the taking right now?

What if courage was leaving the lunch table of your friends and sitting with the new kid?

What if it was asking for help from a teacher in a class you are on the verge of failing and need to pass?

What if it was telling your parents you’re struggling with a depression that isn’t getting better?

What if it was letting your small group leader know you have an addiction you can’t kick?

Courage is a muscle that needs exercising. So don’t wait for the chance to make a big splash. Look for the chance to make any splash at all. Because the world needs your courage, you need your courage, now. And who knows. Practicing the courage muscle may be just what you need should you ever be given a bigger stage. But if not? It still matters now. When no one’s watching. When no one notices. When you have nothing to lose and nothing to gain. But you do it anyway.