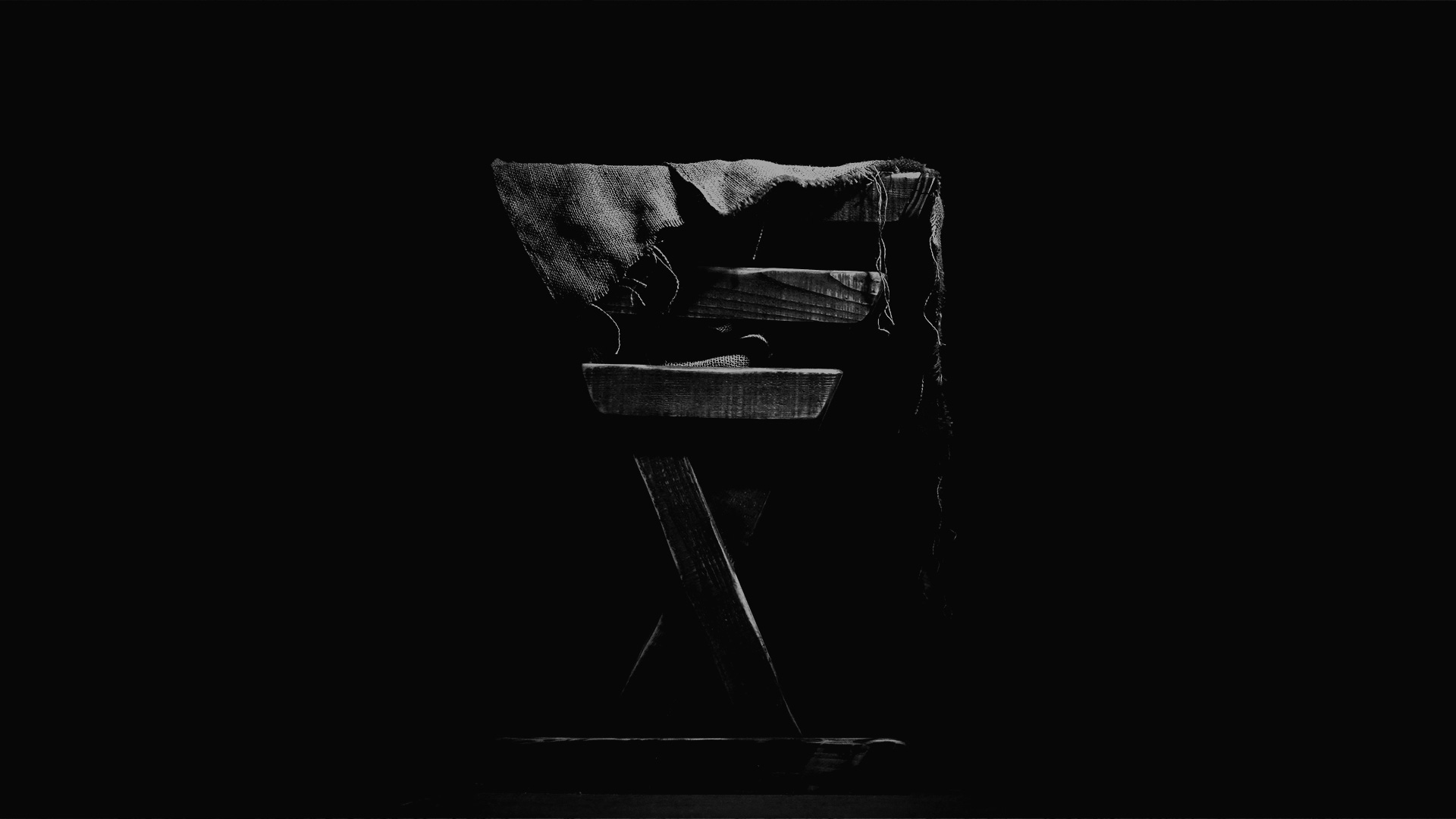 The Greatest Story Ever Told?

In America alone, there are more than 220 million professing Christians, and virtually all celebrate Christmas. Two-thirds of them see it as a religious holiday. During the month of December, more than 100 million Americans will gather in church buildings and around coffee tables to hear the story of Jesus’s birth as recorded in the New Testament. They do this year after year after year, and somehow it never gets old. 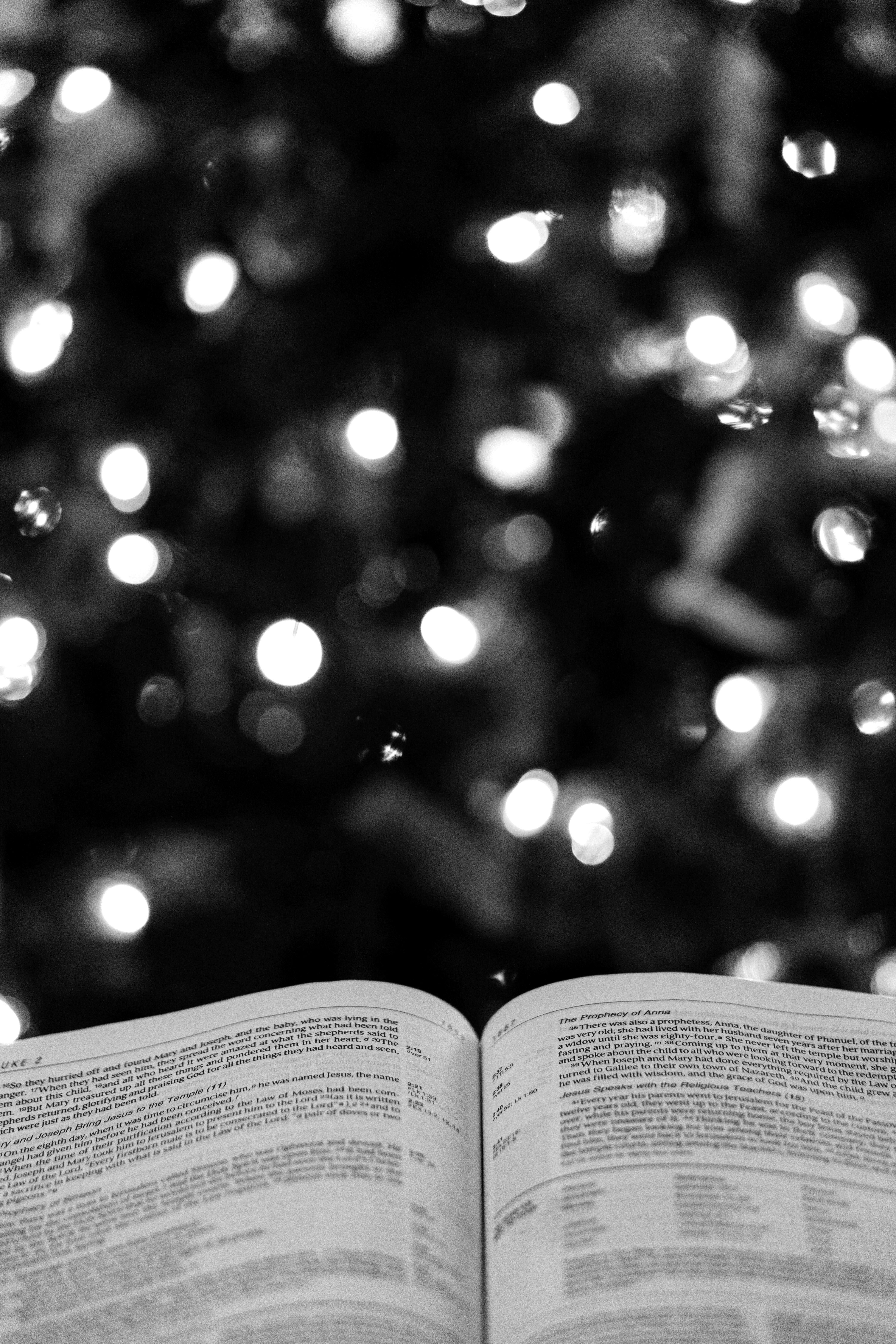 For many Christians, the story’s power derives from its spiritual nature and the implications of its events for their lives. Recount this tale to a crowd of Christians, or lead them to sing about it, and they tell you it warms their hearts. Some may be moved to tears. While non-believers may find such reactions difficult to fathom, the real reactions of the faithful cannot be dismissed out of hand. And yet, there is more to this timelessness of this tale than just its spiritual value. It’s also a helluva yarn.

Bobette Buster teaches storytelling at the University of Southern California’s film school. When asked to analyze the Bible’s Christmas narrative, she found it contained many of the time-tested elements of good storytelling.

Stories are built upon a strong premise, and according to Buster, the best premises contain audacity. The premise must be so daring or risky or illogical that it jolts the audience awake and makes it pay attention. Jesus’s birth narrative, as recorded in the Gospel of Matthew begins, “This is how the birth of Jesus the Messiah came about.” The word Messiah or “savior” is like a storytelling slap in the face. From its opening, the story claims to chronicle how the Son of God was born in an infant body and in a peasant town in order to save the world. It’s nothing if not audacious.

Of course, even the boldest premise can falter in its execution. Yet with Jesus’s birth, the story plays out through a series of incredible events, which must all collide at the right moments in order for the story to progress. The execution is masterful. 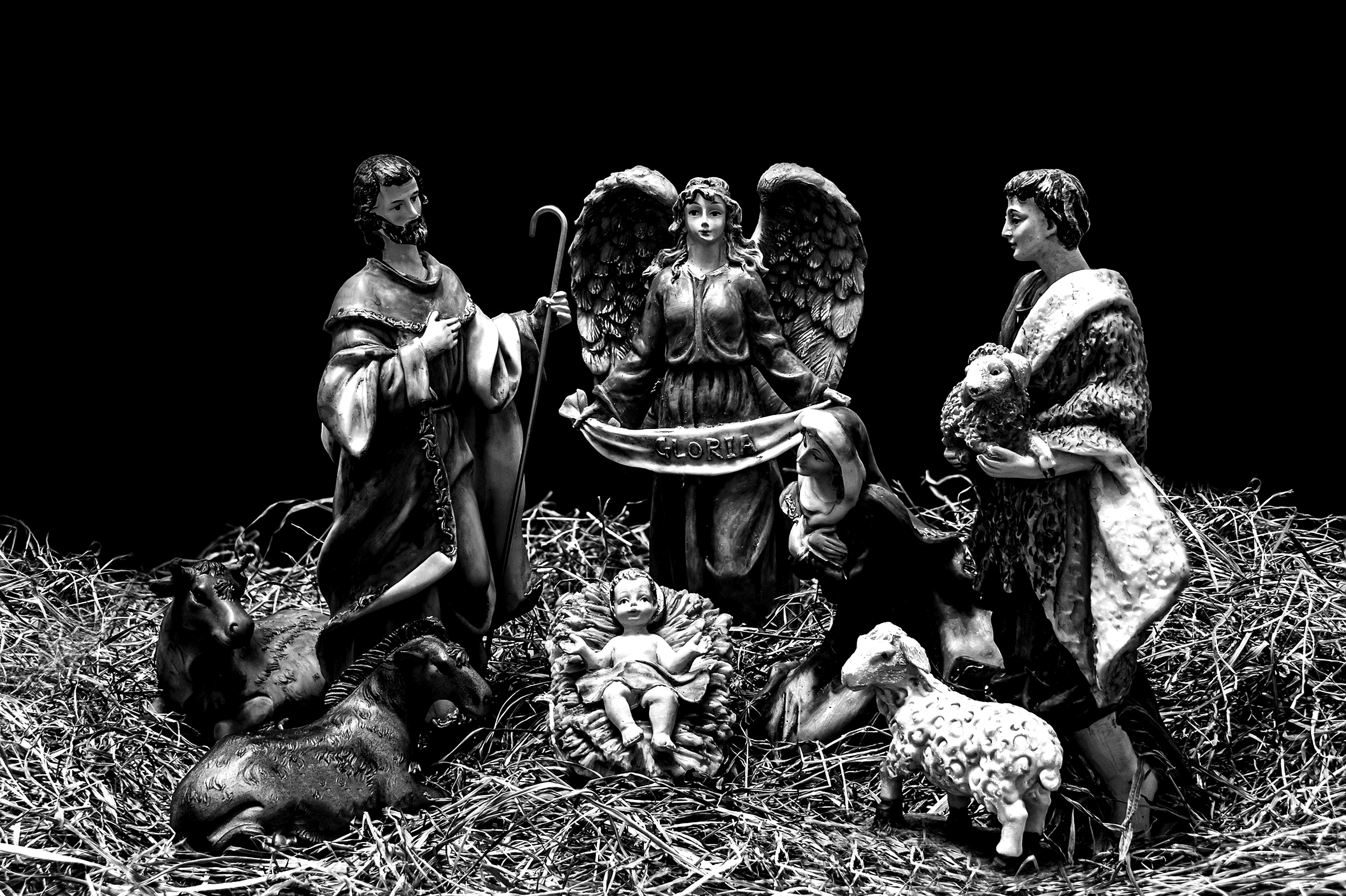 The Gospel According to Luke may be the most familiar account of Jesus’s birth to contemporary American audiences (in part because Linus recites this version in “Charlie Brown Christmas”). It opens thusly: “In those days Caesar Augustus issued a decree that a census should be taken of the entire Roman world…and everyone went to their town to register.” This census forces Mary and Joseph to travel to Bethlehem where Jesus is born, laid in a manger, and visited by shepherds and gift-bearing wise men that followed a star from far away lands.

“The synchronicity of various events that had to align at this time in history generates a sense of awe,” Buster said. “And awe is something you want to create in any story.”

The story is also shot through with tension. An angel visits the Virgin Mary to tell her she will become pregnant with the Christ-child before she is officially wedded. An out-of-wedlock pregnancy is somewhat scandalous today, but it was social suicide for a first century woman. This places Mary in a precarious predicament, but as Buster said, “good stories dare to show a character in a vulnerable, even embarrassing, light.”

While the situation itself produces suspense, Mary’s fearless response upon hearing the news also grips the audience. “I am the Lord’s servant,” Mary says. “May your word to me be fulfilled.” Joseph chooses to wed her in order to shield her from shame, but Mary has no way of knowing he will make this choice. So her decision to embrace God’s request both foreshadows Jesus’s own humility prior to his crucifixion — “Not my will, but yours be done,” he prays later in the story—and also displays a heavy dose of courage.

“Mary becomes completely vulnerable, but she was fierce in her desire to take it on,” Buster said. “Being courageous and vulnerable all at the same time is one of the ultimate character traits.”

There are countless stories of people who struggle and are even shamed by society, yet somehow muster enough bravery to achieve great things. And audiences love when character is revealed under pressure. It forces them to open their hearts and consider the implications of such a response for their own lives.

It’s also no small detail that Mary is merely a peasant girl and that Joseph is a peasant carpenter and that Jesus is born in a peasant town in a time when “there is no room for them in the inn.” That the Son of God enters the world to join such a family, setting, and moment upsets the audience’s expectations.

“The story of Christ’s birth is turned inside-out. God’s son — who will offer the world eternal paradise — is born to as poor family and into an inhospitable, modest, ordinary environment and laid in a hay bed or manger,” Buster said.

But Buster said good stories often take the ordinary and make it extraordinary or vice versa. She cites, for example, the Oscar-winning film, The King’s Speech, which tells of a monarch who struggles with a speech impediment — an ordinary problem that humanizes the character. He is saved by an ordinary speech therapist, who trains the king to give an extraordinary radio address to a nation.

A contemporary author, Buster said, might have the newborn king born in a palace, possibly accompanied by angels, as he sets up a peaceable kingdom. “The illogical elements of this story are the opposite of what the audience would expect,” Buster said. “Good storytelling creates intrigue and reverses the audience’s expectations, forcing them to lean in and ask, ‘How can this be?’” 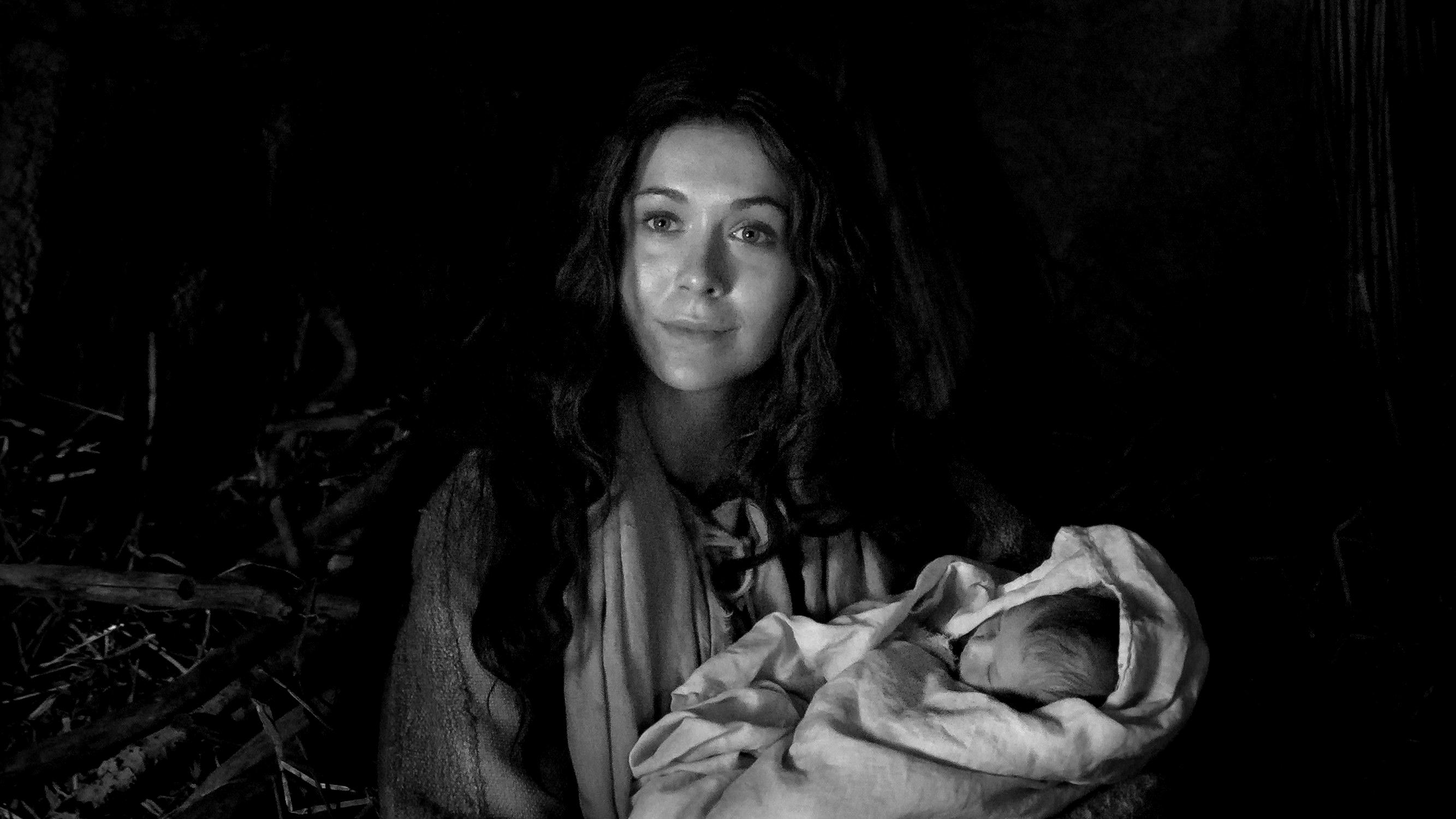 After Jesus is born, the holy family is visited both by shepherds and “magi,” or wise men, who present the family with lavish gifts of gold, frankincense, and myrrh. By contrasting the lowest with the highest the scene brings together a wide swath of class and society through a juxtaposition, which, as Buster explains in her book Do Story, “wakes up the audience and is the root of all successful stories.”

Angels appear in multiple scenes, and the presence of otherworldly phenomenon creates wonder in audiences. Buster recalled the number of books and films that feature vampires, demons, aliens, ghosts, and creatures from alternate realities. The angels in this narrative are not minor characters. In fact, the story falls apart without the angelic messenger visiting Mary and Joseph, or announcing the birth to the shepherds, or warning the magi in a dream not to return to Herod and reveal the family’s whereabouts.

And to believe in a divinely inspired Bible — a book chock full of all sorts of narratives — is also to believe that God loves telling stories.

In the 21st century, stories are often accompanied by booms and bangs and computer-generated galaxies far, far away. But as George Lucas once remarked, “A special effect without a story is a pretty boring thing.” While otherworldly phenomena alone won’t make or break a narrative, they can make a good story great.

Buster said that transformation is perhaps the most critical element of a good story. Tales with lasting appeal often utilize a template in which characters choose to either “discover their best selves” or make a tragic choice and “become the living dead.” In this case, Mary, Joseph, the magi, and the shepherds take the former path. Herod chooses the latter.

Herod’s response to the news that a new king has been born in his province is a lesser-recalled detail in this narrative for obvious reasons. In order to avoid a potential uprising, Herod, a Roman governor, orders his soldiers to murder all male children who are two years old and younger. The details of this event, known in Christian history as “massacre of the innocents,” rivals the violence of many modern films and won’t generate warm fuzzies in kids gathered around grandpa reading the Bible on Christmas Eve. But it does make the story more thrilling, because it summons a powerful emotion in audiences: sorrow. It provides a contrast to the lighter, more romantic elements, giving the narrative depth.

“This story has everything — audacity, wonder, awe, journey, vulnerability, courage, tragedy — and they all collide in a single narrative,” she says. “If you were to direct this as a Hollywood movie, all the typical elements of great storytelling are there.” 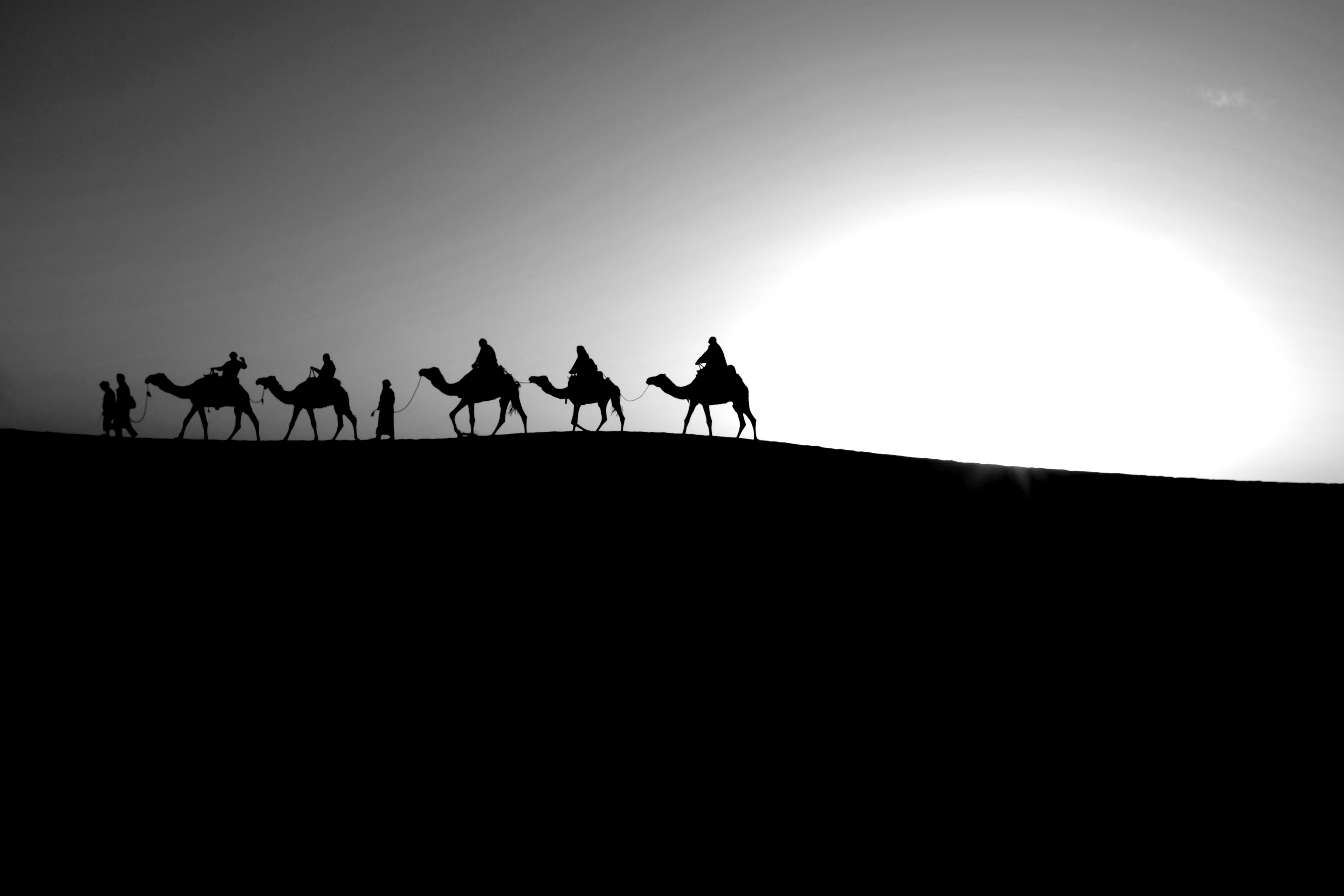 Buster compared the story’s components to beloved American films. She said it has the audacity of Schindler’s List, the transformation of Shawshank Redemption, the complexity of It’s A Wonderful Life, and the depth of the Star Wars franchise, which she adds, borrows the full template of the Christ story.

Religious skeptics will see this as proof that the Bible is merely the crafty creation of ancient writers who assembled a story too perfect to be accepted as fact. But billions of Christians will say that this is evidence of a great storyteller who, in a stroke of sovereignty, crafted a historical event that humans could not forget — and one that with the power to change those who encounter it.

“This is a giant seizure of a story from history that we still ponder to this day because it is about shepherds and wise men and a newlywed couple and the entire world being transformed by a constellation of events full of signs and wonders and illogic,” Buster said. “The story tells of the transformation of characters, but then it transforms us and awakens us to ponder it too.”

Some believers may find these comparisons blasphemous, or the attempt to analyze the narrative of the Gospels sacrilegious. But if God created everything, then God created storytelling. And to believe in a divinely inspired Bible — a book chock full of all sorts of narratives — is also to believe that God loves telling stories.

Indeed, generations of people have been enraptured by this story—not just because of what happens in the narrative itself, but also because of what happens inside many of them when they hear it. It stokes the fires of belief, opening their minds to the possibility of transcendence and supernaturalism. It generates faith in humanity’s ability to endure bravely amid difficulty and God’s ability to save humanity when their efforts are not sufficient to save themselves. No wonder the Christmas story has persisted for two millennium.

“The best stories endure through the ages,” Buster says, “and in the end, that’s how you know if it is really a great story or not.”

A 2015 article by Jonathan Merritt for The Atlantic.

The Christmas story is full of God’s use of the unexpected to change our world, beginning with the fact that God came to us. That Christmas is now such a long-standing tradition can make it difficult to remember all that is unusual or surprising about it. Yet when we take time to explore the story in more detail, there are many surprising features, the primary one being that God became man.

What’s your favorite “unexpected” detail in the Christmas story?

What’s one unexpected way God has worked in your life lately?

Why did the Son of God have to come to earth?