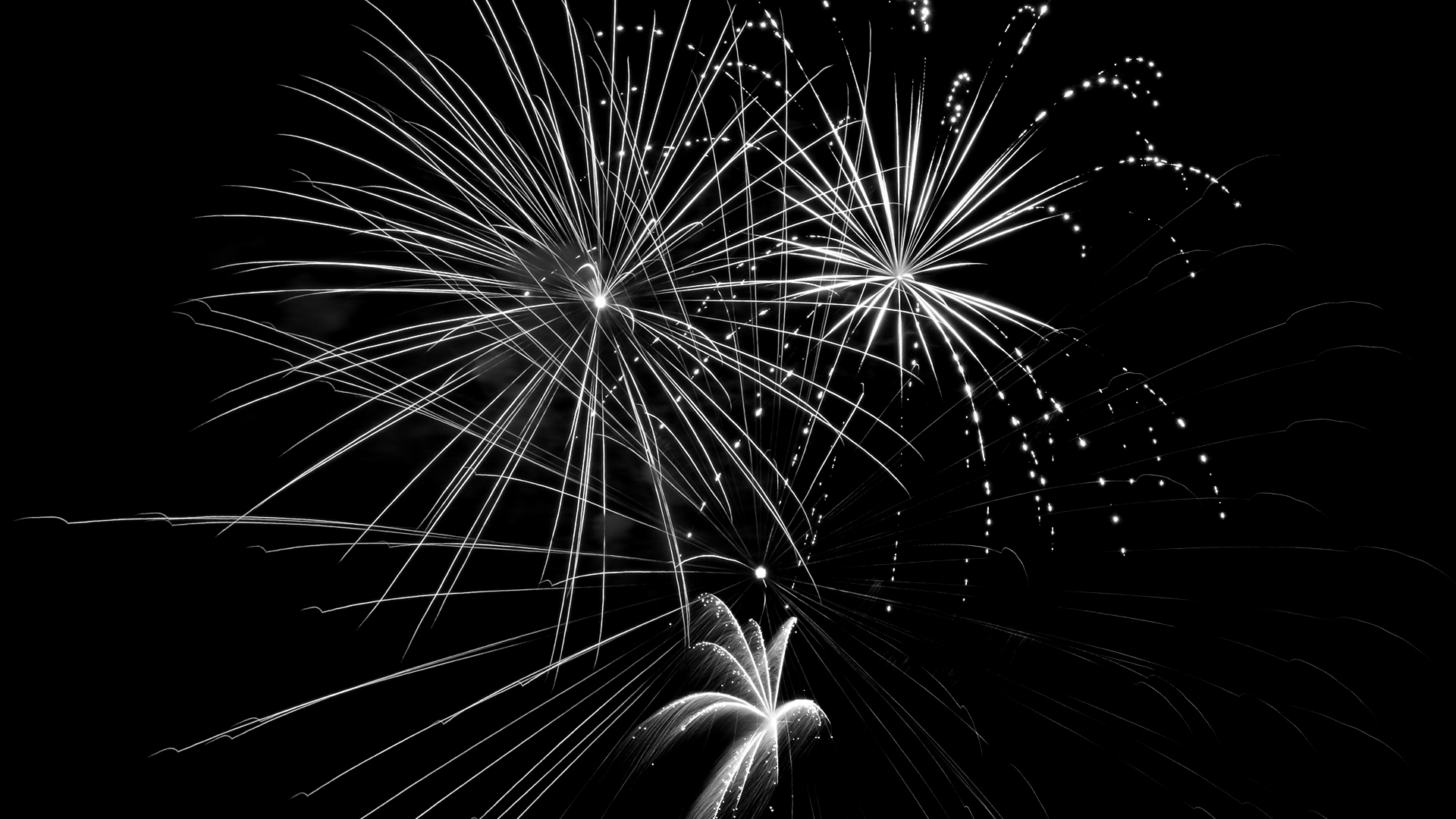 Recently, you might have seen him act on ABC’s “Blackish”, and as T-Mobile’s spokesperson.

He earned is B.F.A in Theatre Performance at the University of Central Florida, which comes in handy every time he plays Heads Up!.

A.C. and Stuart have an inspiring conversation regarding A.C.’s perspective on responsibility and leadership, how to lead with excellence while following the way of Jesus, and helping the next generation of leaders be leaders worth following. This is going to be a great listen!

It is New Year’s Eve: Entire cities shut down for parades, millions of people drink and dance into the night and FOMO sets in when you don’t have a party to attend or a partner to kiss when the clock strikes midnight. In the cold light of morning, you resolve to make the new year better by losing weight, exercising more, giving up smoking or making another health-focused change.

Why all the fuss when January 1 is really just another day? And why not just set resolutions any time of year? 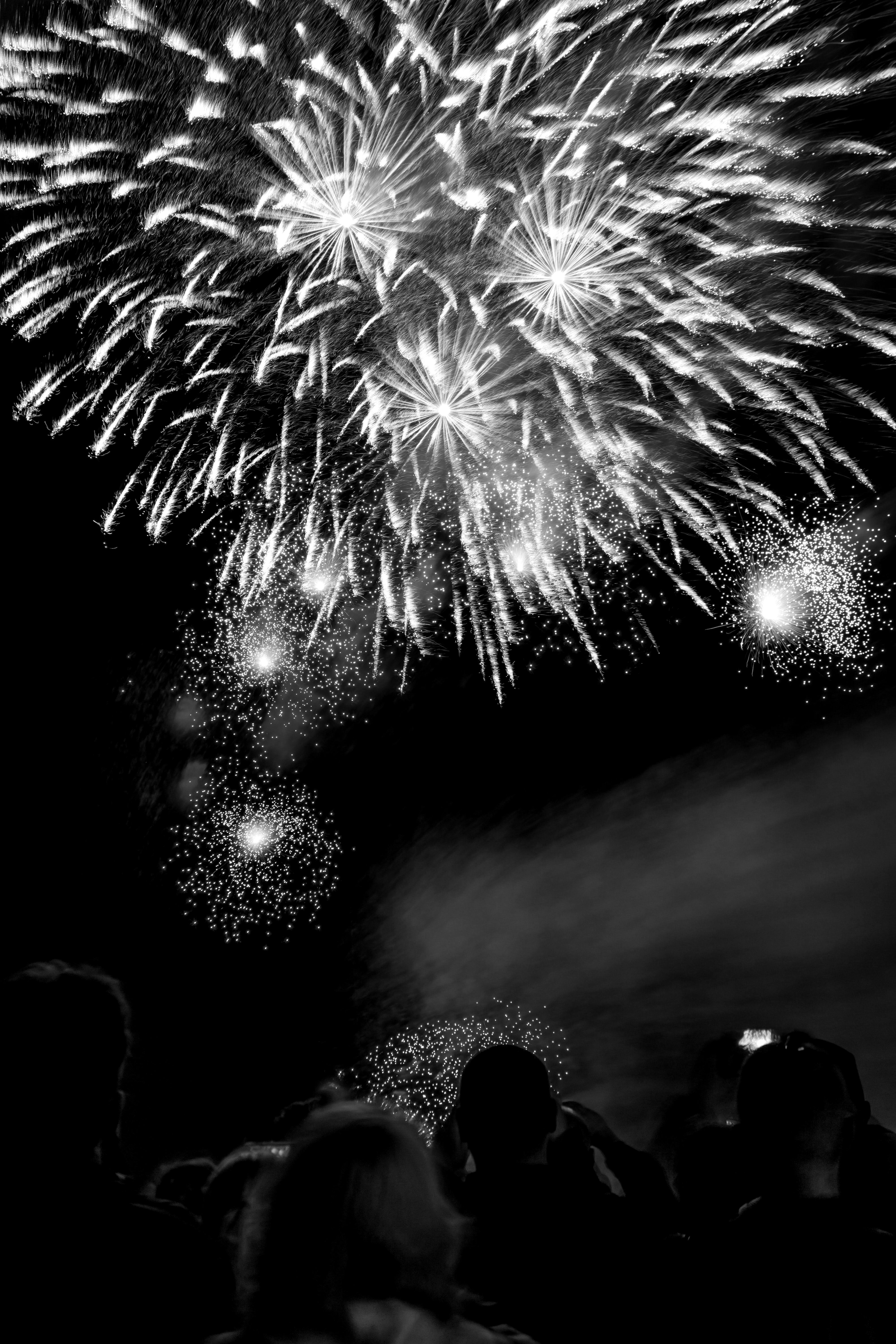 New Year’s celebrations have been around for quite some time — about 4,000 years — but resolutions weren’t always about losing weight or finding love. “Almost every ancient culture has some type of religious tradition or holiday that relates to the beginning of the new year,” says Caleb Terry, a European history and Western civilizations teacher at Archbishop Chapelle High School in Metairie, Louisiana.

But how did we get from there to where we are today, when most New Year’s resolutions involve self-betterment of some form, such as eating healthier, working out and reducing alcohol consumption?

Although modern New Year’s resolutions are more secular than religious, the concept as a whole doesn’t differ very much. “A secular promise or hope for good things in the coming year is a mostly modern iteration of very old traditions based in religious tradition,” Terry says — so although our specific goals have changed, our desire to live better hasn’t.

New Year’s celebrations date back to around 3000 B.C., at the start of the Bronze Age.

In ancient Egypt, people took part in a celebration called Wepet Renpet, which translates to “opening of the year.” Although there’s no documented history of New Year’s resolutions this early on, historians know that ancient Egyptians did celebrate the turn of the year — with plenty of food, alcohol and sex, characteristics that stand in modern New Year celebrations.

Wepet Renpet appears to have coincided with the Nile river’s annual flood, which happened around midsummer, according to History.com. Ancient Egyptians likely celebrated the New Year at this time because the flood of the river meant farmlands would be fertile for the year to come — plenty reason to celebrate when your life depends on agriculture.

Most historians believe Babylonians were the first to make New Year’s resolutions as we do today, although this famed ancient city held its New Year celebration in March, not January, in accordance with an agricultural year. The Babylonians planted new crops in mid-March each year and observed the occasion with a massive 12-day party called Akitu.

During this religious festival, Babylonians either crowned a new king or proclaimed their loyalty to the existing king, according to History.com. Citizens also swore to pay off debts to their gods, and promised to return borrowed goods. Those promises and declarations are thought to be the first New Year’s resolutions. 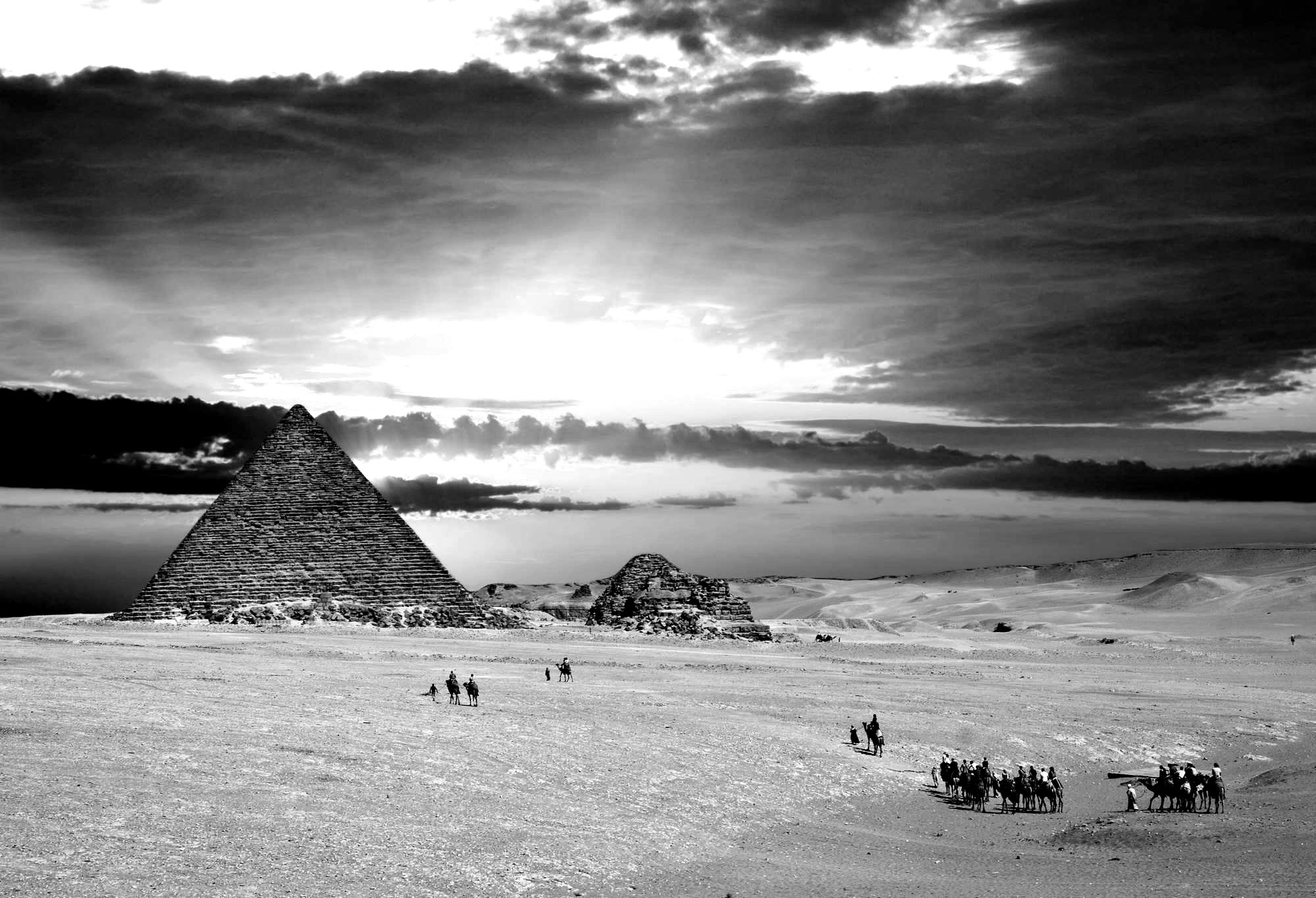 The Chinese New Year is still widely celebrated today, and historians think it originated more than 3,000 years ago during the Shang Dynasty. Characterized by ornate floats, costumes and decorations, the Chinese New Year actually began as a way to celebrate the spring planting season, although the tradition is shrouded in folk tales now.

One story says the celebration began when villagers would decorate their homes in burning bamboo and make loud noises to ward off Nian, a creature coming to prey on people. “Nian” is appropriately the Chinese word for “year.” The Chinese New Year takes place in February (according to Western calendars) each year and lasts 15 days — from a new moon to a full moon. History.com reports that the Chinese were the first to use fireworks during their New Year celebration.

In Rome, emperor Julius Caesar quite literally changed the Roman calendar to create the 365-day calendar we’re familiar with today. Previously, the calendar was insanely confusing and was off by more than a month due to political reasons and general lack of knowledge.

So, in the year 46 B.C. — known as the “longest year in history” — Caesar extended the year to 455 days and declared January 1 the turn of the New Year. At this time, Caesar also added an extra day to the calendar every four years (now known as Leap Year) to prevent the calendar from falling out of alignment with Earth’s revolution around the sun.

The month January is named after the Roman god Janus, the god of “doorways, arches and new beginnings.” According to History.com, ancient Romans would make offerings to Janus in hopes the god would bestow good fortune on them. Janus was said to have two faces, one that looked to the New Year and one to the past year, symbolizing a watchful eye as Romans moved forward and fulfilled their New Year’s promises.

During the Middle Ages (around 500 to 1500 A.D.), the Julian calendar fell out of favor due to an 11-minute error that resulted in seven extra calendar days by the year 1000. People were confused about the calendar and different societies celebrated the New Year at different times of the year.

Medieval knights supposedly renewed their vows of chivalry at the end of each year by placing their hands on a peacock (or a pheasant, if a peacock was unavailable) and recommitting to the code of chivalry. How much truth there is to this version of New Year’s resolutions is unclear, but it’s fun to think about.

Pope Gregory XIII stepped in to solve the calendar problem in the 1570s and by 1582, the Gregorian calendar was implemented, re-establishing the New Year to January 1. (He did this by tweaking the leap year schedule and simply removing 10 days from the calendar to reset the schedule — can you imagine being told to just skip forward 10 days?)

People still use the Gregorian calendar today, because it’s the closest thing we’ve got to matching Earth’s revolution around the sun, so most societies still celebrate the New Year on January 1. 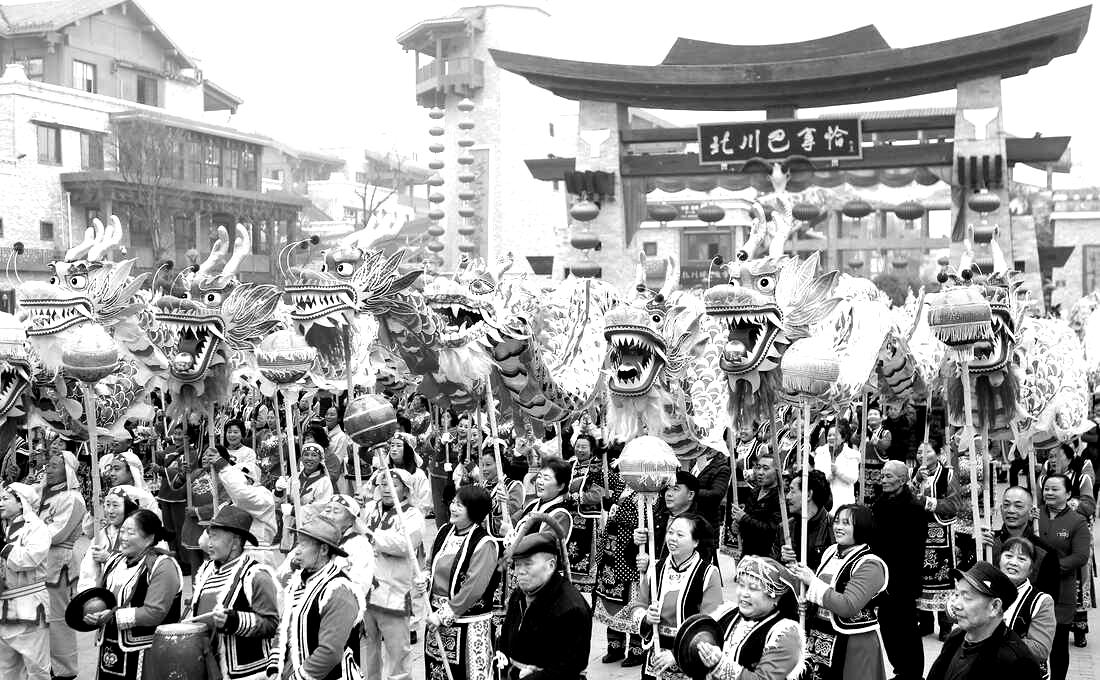 According to Merriam Webster, the full phrase “New Year Resolution” was first used in a Boston newspaper in 1813.

This cartoon by artist Rea Irvin depicts two families celebrating New Year’s Eve. The 1867 panel shows a proper Victorian family — father, mother and little girl —  in their parlor, taking tea. The 1917 panel shows a riotous party in a restaurant with champagne corks popping, a man dancing on the table, two men playing leapfrog, and a heavy lady in a strapless dress drinking champagne.

New Year’s resolutions have always been about getting better, but as for when the shift from religious to nonreligious resolutions happened, there’s no hard date. Most historians agree that this transition happened during the post-Enlightenment era around the late 18th century, when people may have started resolving to work harder, earn more money and things of that nature.

What we do know is that resolutions have changed with the needs of societies.

“Ancient civilizations would pray for harvest or a sin-free life, but modern resolutions are now a projection of a society that does not have the same extreme needs from the past,” Terry says. “We now live in a period of surplus and excess, so our resolutions have become simpler, secular and more individualized.”

We assume that when opportunity knocks, we must answer the door and embrace whomever or whatever is standing there. Opportunity does not equal obligation. The ability to identify and focus on the few necessary things is a hallmark of great leadership. Don’t allow the many good opportunities to divert your attention from the one opportunity that has the greatest potential. Often, the reason we won’t say no is that we are afraid.

At some point along the way, every leader must come to grips with the fact that there will always be more opportunities than there is time to pursue them. Refusing to say no eventually robs leaders of their ultimate opportunity— the opportunity to play to their strengths.

When individuals refuse to face reality, we call that denial. Good leaders are willing to face and embrace current reality, regardless of how discouraging or embarrassing it might be. To be that kind of leader, you must be relentless in your quest to know the truth about what is happening around you and make it your habit to root out misinformation and refuse to reward those who deliver it. In doing so, you create a culture that is healthily transparent about what is and what is not taking place.

Leadership does not begin just with vision. It begins with getting people to confront the brutal facts and to act on the implications. (Good to Great)

Facing and embracing current reality is often nasty but always necessary: Nasty, because it may entail acknowledging that you aren’t as far along as you thought you were…. necessary, because you can’t get to where you need to be if you don’t know where you are to begin with.

So do not pretend. Do not turn a blind eye. Do not exaggerate. Do not shoot the bearer of bad news. Do not hide behind achievement. Do not ignore constructive criticism. Do not isolate thyself.

Resolve to be the best version of the leader God created you to be.

You have no idea what hangs in the balance of your decision to act courageously. Environments of uncertainty and fear are fertile soil for the emerging leader.

Throughout the Scriptures, God commands kings and leaders to act courageously. Why? Because the men and women God uses are no strangers to fear.

As a leader, do you have a difficult time saying no? What do you need to put on your “not to do” list? Are there areas in your current slate of responsibilities that aren’t going well? Have you faced up to current reality in those areas, or are you pretending? What could be, and possibly should be, in your current areas of responsibility? Has fear kept you from moving forward? What are the unexploited opportunities in your arena of influence? What are you afraid of?