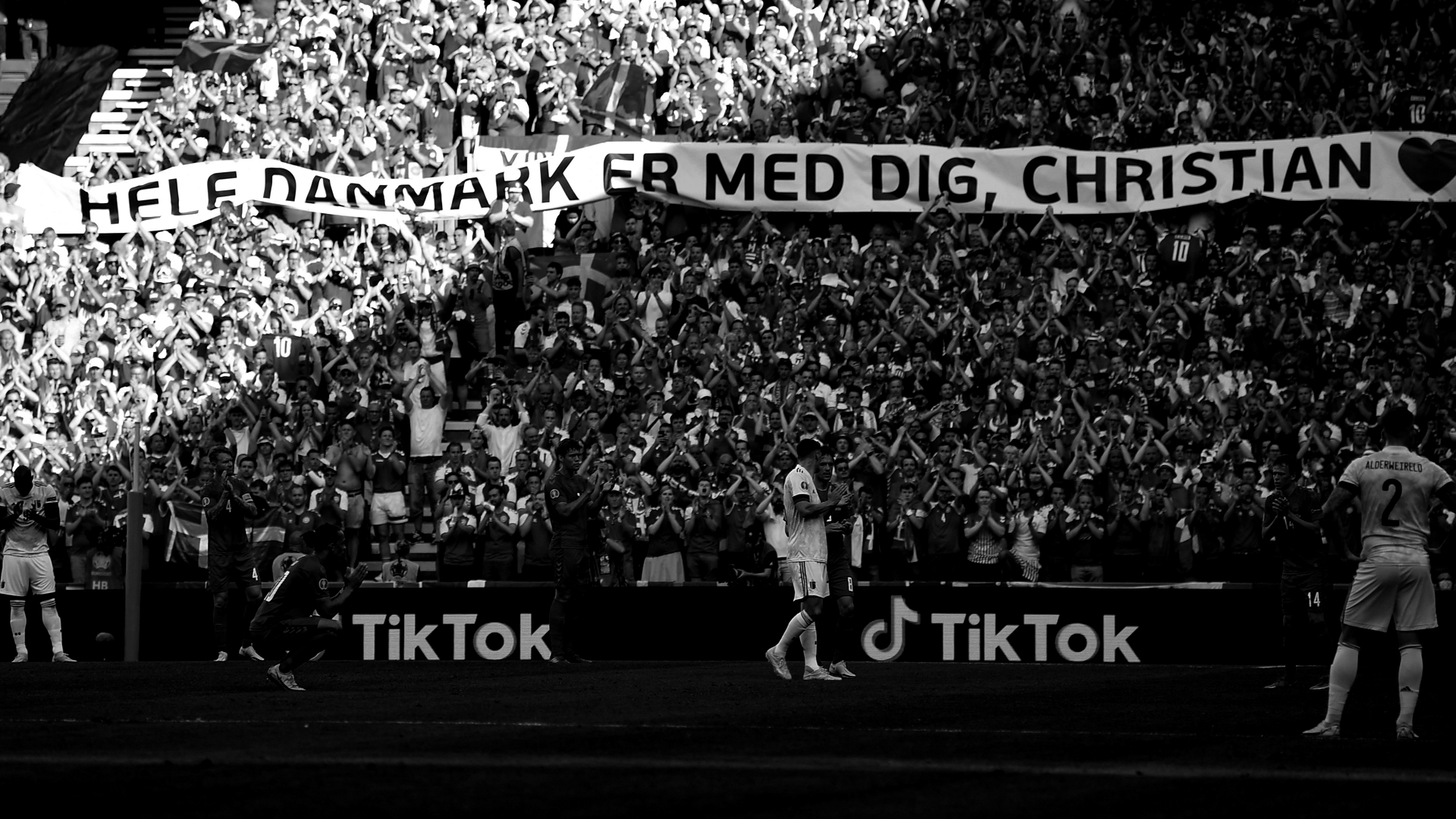 There are some people who just ooze leader, and Leah Chandley oozes.

Leah Chandley studied Athletic Training at Georgia College and State University where she graduated with her Bachelors in Science in May 2016. In May 2018 Leah graduated with her Masters of Science in Sports Medicine and Kinesiology from the University of Georgia. Leah’s first year of graduate assistantship she was assigned to the University of Georgia Track and Field and Cross Country teams, and in the summer of 2017, she served as the interim athletic trainer for UGA Women’s Soccer. Leah’s second year of graduate assistantship meant working with UGA’s male and female Swimming & Diving teams. Leah was the primary athletic trainer for the men and women’s diving teams as well as working with the swimmers. While at the University of Georgia, Leah was able to program pre and post surgical rehab and treatments. Whether in an operating room for surgery, the treatment room for rehab, or the weight room for training, Leah strives every day to be the best athletic trainer she can be while constantly learning and researching new techniques and protocols to implement.

Leah currently serves as the Athletic Trainer at Marist School in Atlanta Georgia. One of Marist School’s most famous alumni; Sean McVay, Head Football Coach of the Los Angeles Rams who will play in Super Bowl LVI next Sunday.

Leah and Stuart have an inspiring conversation regarding Leah’s perspective on responsibility and leadership, how to lead with excellence while following the way of Jesus, and helping the next generation of leaders be leaders worth following. This is going to be a great listen!

Even though Euro 2020 only started a few days ago many football fans have already decided that Simon Kjaer should be named player of the tournament.

The Denmark captain has been praised for his actions after team-mate Christian Eriksen suddenly collapsed on the pitch just before half-time during the 1-0 group B loss against Finland in Copenhagen on Saturday.

Along with English referee Anthony Taylor and the medical teams, central defender Kjaer has been “hailed a hero” for his quick response, Sky News reported.

Among the first to attend Eriksen, the 32-year-old has been credited with playing a potentially life-saving role. He also led the Danish players to form a ring around Eriksen while he was receiving treatment and helped comfort Sabrina Kvist Jensen, the player’s distraught partner. 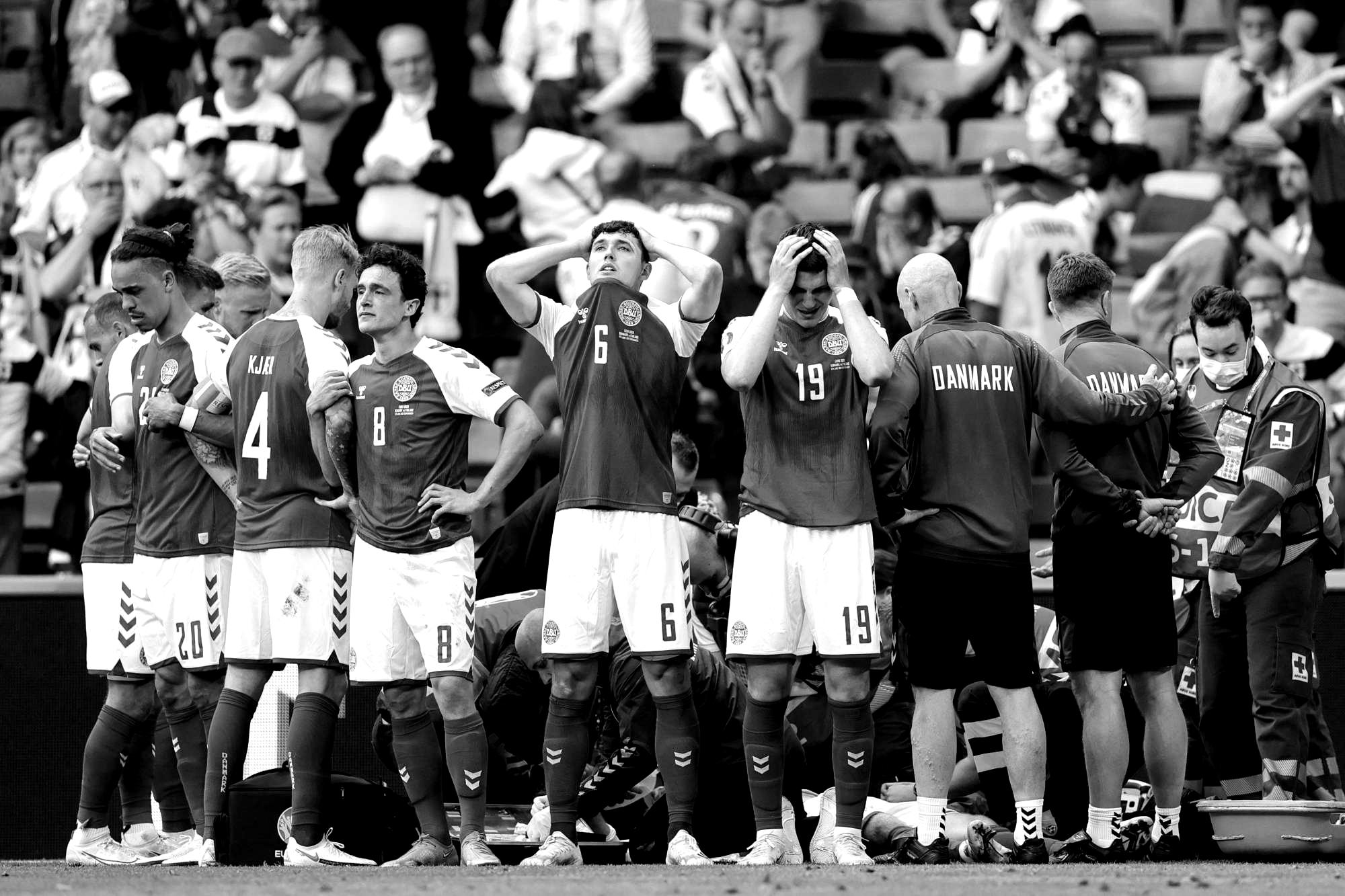 When Eriksen collapsed, Kjaer “sprinted the length of the pitch and sprung into action,” says Spanish newspaper Marca. His quick thinking played a pivotal role in saving his team-mate’s life: he took Eriksen’s pulse and made sure that his tongue was not blocking his airway.

The AC Milan star “pushed aside other players to immediately place Eriksen into the recovery position,” The Sun added. He worked to stop Eriksen from swallowing his tongue and then took the “life-saving decision to start giving CPR on his stricken friend.” The medics then took over the emergency treatment on Eriksen for 15 minutes before the Inter Milan player was taken to hospital. Describing Kjaer as a “captain and hero,”

Kjaer showed “what it really means to wear the armband and lead a group of men,” said Football Espana’s Alan Feehely. “Despite the trauma of the situation, he kept his cool.”

After Eriksen was taken to hospital there was a long delay while the teams and Uefa decided on whether the game should be completed that night. The players agreed to resume the match once they were informed that Eriksen was awake in hospital.

For Kjaer though the emotions were too much for him to continue and he was substituted just after the hour mark. 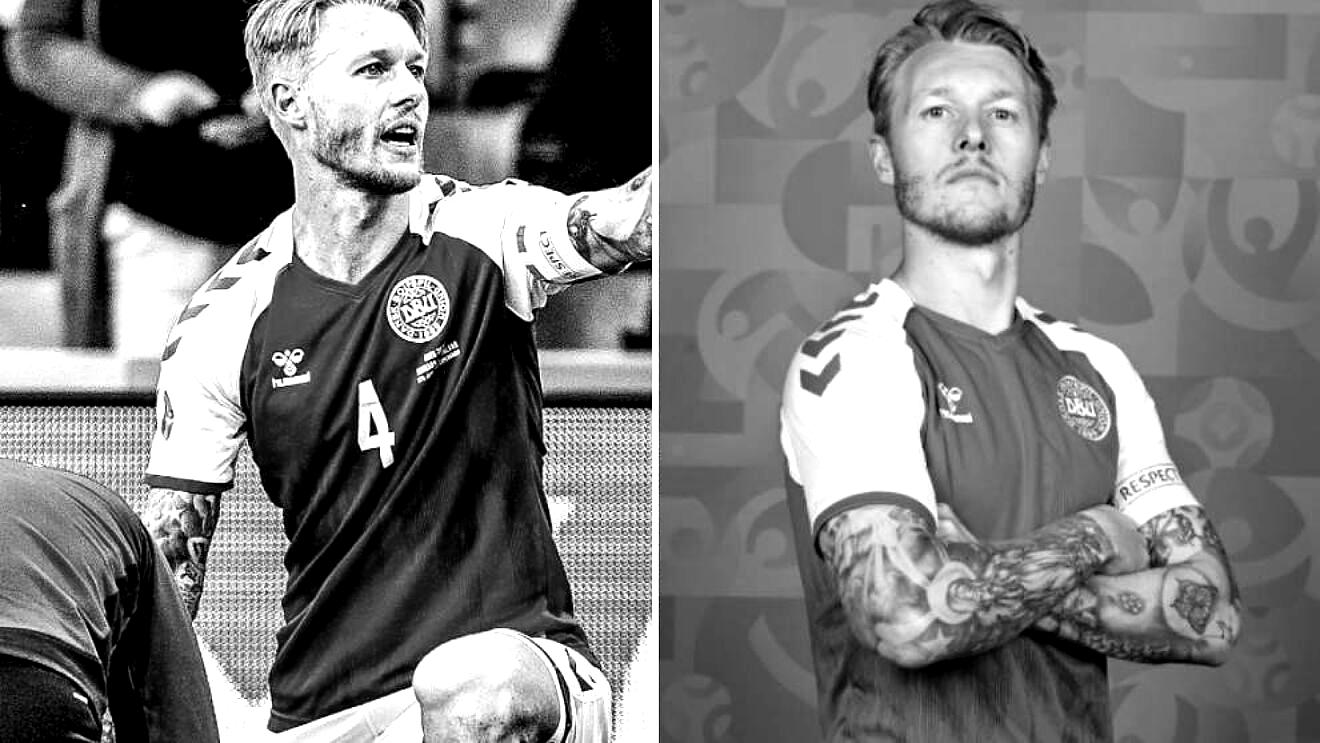 Speaking after the match Denmark head coach Kasper Hjulmand said his captain was “deeply, deeply touched” following the incident. “He was in doubt whether he could continue and gave it a shot, but ultimately he couldn’t. I completely understand that.”

Kjaer and Eriksen both play their football in the Italian city of Milan – for AC and Inter respectively – and “they are very good friends” Hjulmand said.

Despite the bitter rivalry of their club sides, the events on Saturday “showed that football always takes second place to life”, said Football Espana’s Feehely.

Danish team doctor Morten Boesen has confirmed that 29-year-old Eriksen had suffered a cardiac arrest, the BBC reports. “He was gone. We did cardiac resuscitation, it was a cardiac arrest,” said Boesen. “How close were we to losing him? I don’t know, but we got him back after one defib [defibrillation] so that’s quite fast. The examinations that have been done so far look fine. We don’t have an explanation to why it happened.”

Eriksen, who continues to recover in a hospital (and has since retired from professional football), sent greetings to his teammates and was in “good spirits.”

“It’s a huge relief for the players after all this uncertainty,” said Denmark boss Hjulmand. “There is no doubt that we have been on the ropes.”

Martin Schoots, Eriksen’s agent, said that he had talked to the midfielder on Sunday and he was “making jokes” and was “in good form”, the BBC reports.

Meanwhile, when speaking to his manager Eriksen said that “I don’t remember much but I’m more concerned about you guys.” The player also asked: “How are you doing?”

“That’s typical Christian,” said Hjulmand. “It was good to see him smile.”

It is heartbreaking that so many of your peers feel so unaccepted by faith communities. Jesus didn’t make people feel that way. The tension really revolves around the fact that we believe certain things are right and certain things are wrong. But so did Jesus. Jesus never lowered His standards by accepting sinners. Jesus never condoned a person’s behavior or lifestyle by loving them. He was simply doing just that: loving them. He loved them so much that He hated what sin was doing to them.

If you think about it, acceptance is built on the Law of Relationship. We are open to the influence of those with whom we share a relationship with. Proximity creates leverage. Distance, however, erodes influence. This law is so powerful that there are times we are influenced in a negative direction because of the nature of a person.

Acceptance means that we serve those that need God most. Jesus said that He did not come to be served, but to serve. Serving others, whether in great or small capacity, is a living example of the heart of God. Serving can mean something as meaningful as visiting a friend in the hospital or when tragedy strikes to something as simple as holding a door open.

Shane Claiborne of The Simple Way went to Calcutta, India to apprentice under Mother Theresa. The first thing he noticed was that she always removed her shoes when she prayed. Claiborne found that he could not stop staring at her feet because they were so grotesquely deformed. When the prayer time was over, Claiborne asked one of the sisters what kind of illness left Mother Theresa’s feet so malformed. The sister answered him, “Mother Theresa’s feet were not born like that. When people give shoes, she always waits to the very end and takes the shoes that no one else wants.” Over time, her feet responded by twisting and contorting to take the shape of ill-fitted footwear.

By serving, Mother Theresa was paving a path of influence. But it cost her something.

Everyone has a story. There is a why behind the what.

Are you active in the lives of those that need God most? You cannot expect to gain sustained influence in the life of a friend by standing on the sidelines of their life. You have to jump in and get connected. How do you do that?