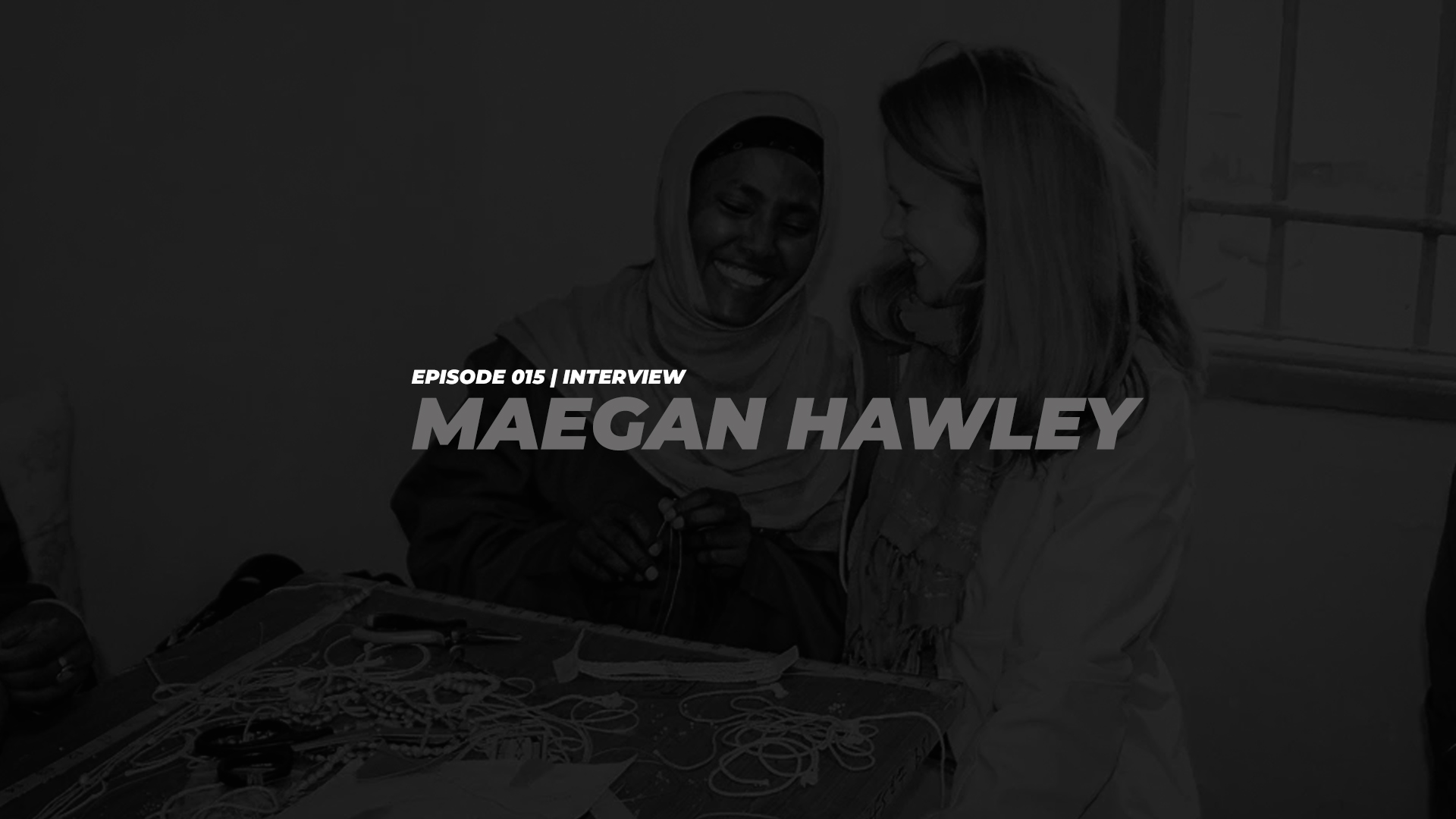 It started in 2011 when founder Maegan Hawley noticed a problem in her closet. After accumulating all sorts of accessories while traveling, they sat on the shelf unused when she returned home. Most of the items came from social-impact organizations with the mission of empowering women. While each piece was special and represented a powerful story, the style didn’t quite fit her day-to-day life in Washington, DC. An unworn piece meant an untold story.

On Valentines Day, 2011 Maegan visited the jewelry shop of an anti-trafficking organization in Thailand and shopped until she dropped, filling her suitcase full. Later that evening Maegan went to a red light district in the hopes of connecting with some of the girls working at the bars. Maegan literally had to purchase time to talk with a woman working there. Sitting across the table from her, she shared where she was from, how old her kids were. Normal stuff, but it really impacted Maegan. Maegan realized small shops like the one she had visited hours before provided the best and healthiest economic opportunity for women at risk. All they needed was opportunity. And that is how Ethic Goods was birthed.

Ethic Goods provides economic empowerment for women rescued from human trafficking, and those at risk of exploitation. Ethic goods work primarily in South East Asia, and partners with non-profits that provide holistic care (counseling, education, and health care), focusing on strengthening the family unit, and have demonstrated a community centered approach. Ethic Goods also believes business has a role to play in empowering the women they work with. By coming alongside these magnificent ladies to develop their business skills, they have the opportunity to provide for their families and set their children on a new, hope-filled path.

” “Moral courage is a rarer commodity than bravery in battle
or great intelligence. Yet it is the one essential, vital quality for
those who seek to change the world which yields most painfully to change.” 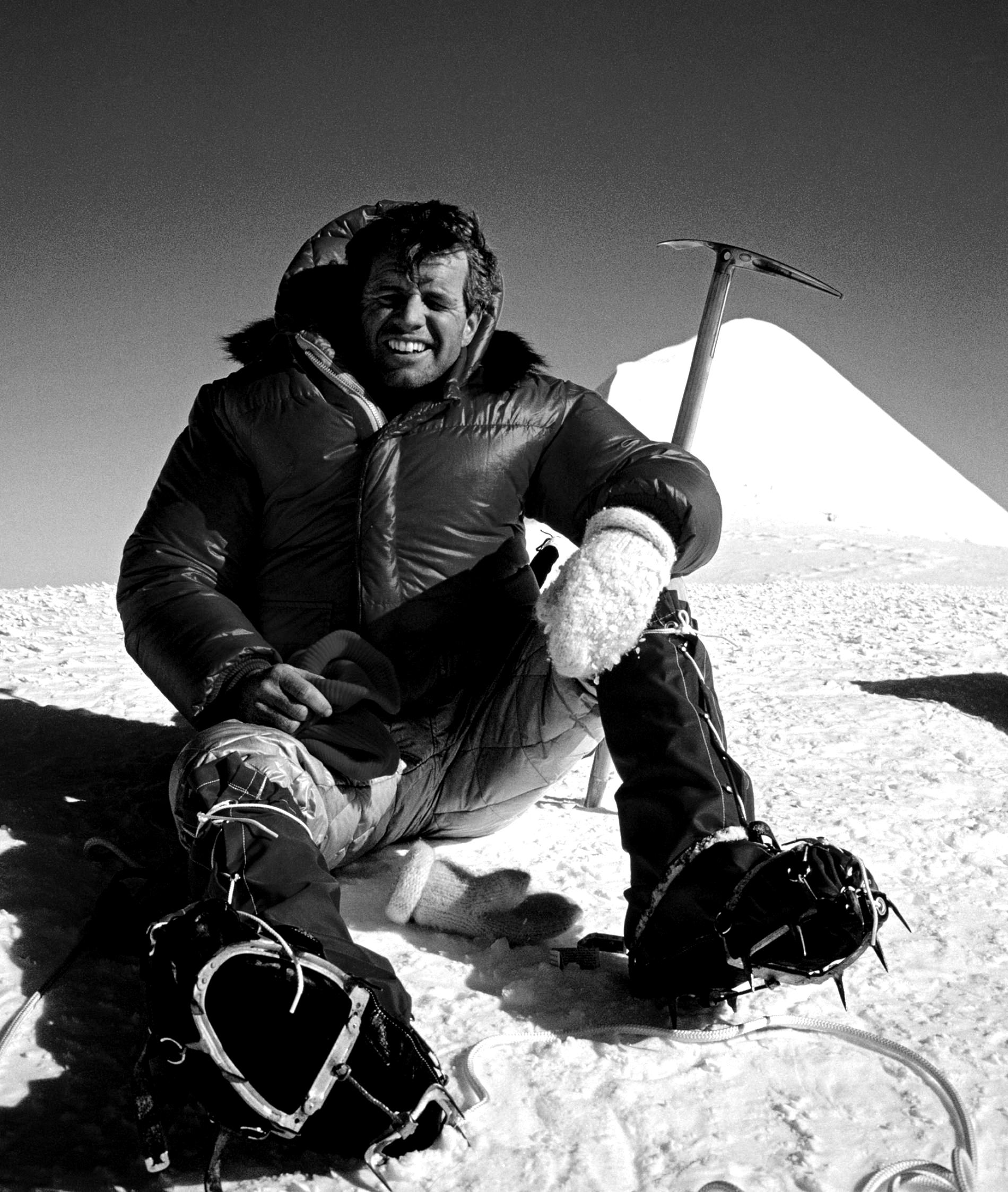 In April of 1965, a group of mountain climbers decided to scale a 14,000 foot mountain in Canada’s Kluane National Park and Reserve that was to be named Mount Kennedy after the 35th President of the United States, John F. Kennedy. There were some experienced climbers in the group, and there was one man who never climbed anything before but stairs. That individual was the former United States Attorney General and President John F. Kennedys brother Robert F. Kennedy. Robert, the seventh child and third boy in a large Irish Catholic family from Boston, was never going to back down from any challenge, especially one as necessary to honor his late brother. Once reaching the peak of the mountain, Robert left mementoes from his brother, including the President’s inaugural address, along with his PT Boat tie clip.

In one of his greatest speeches of all time, the Day of Affirmation Address at the University of Capetown, in Capetown South Africa Kennedy on June 6, 1966, RFK gave his audience a compelling and inspiring history lesson to begin his speech:

”Mr. Chancellor, Mr. Vice Chancellor, Professor Robertson, Mr. Diamond, Mr. Daniel, Ladies and Gentlemen: I come here this evening because of my deep interest and affection for a land settled by the Dutch in the mid-seventeenth century, then taken over by the British, and at last independent; a land in which the native inhabitants were at first subdued, but relations with whom remain a problem to this day; a land which defined itself on a hostile frontier; a land which has tamed rich natural resources through the energetic application of modern technology; a land which was once the importer of slaves, and now must struggle to wipe out the last traces of that former bondage. I refer, of course, to the United States of America.

Robert F. Kennedy wanted to put the audience listening to his talk at ease by identifying his struggles to match what they face. Kennedy wanted them to understand they were not alone in attempting to change a world that seeks so painfully to transform and improve. RFK would go on to express eloquently, “This is a Day of Affirmation—a celebration of liberty. We stand here in the name of freedom.”

During Robert F. Kennedy’s historic gathering, he would provide the audience with four dangers that halt any powerful movement towards gaining freedom for all. And in reality, not working on these four each day, keep us from having our freedom. As someone once said, “One must free itself, before freeing others.” He listed these four dangers:

Futility. Believing that one person cannot change the course of history. Kennedy noted that the greats movements in the world flowed through the work of a single individual. He said, “A young monk began the Protestant Reformation, a young general extended an empire from Macedonia to the borders of the earth, and a young woman reclaimed the territory of France.”

Expedience. Kennedy urged everyone that “We must not fail; we must get things done. There is no basic inconsistency between ideals and realistic possibilities—no separation between the deepest desires of heart and of mind and the rational application of human effort to human problems.”

Timidity. We all must have the moral courage to continue, the bravery to fight, to handle the wrath of the society, and to stand alone against the norms. Kennedy expressed, “Moral courage is a rarer commodity than bravery in battle or great intelligence. Yet it is the one essential, vital quality for those who seek to change the world which yields most painfully to change.”

Comfort. The final danger is perhaps the most important. We cannot ever become comfortable in our achievements, success, “The temptation to follow the easy and familiar path of personal ambition and financial success so grandly spread before those who have the privilege of an education.”

Robert F. Kennedy shared these words fifty-three years ago. They were relevant then, and even more critical today.

INFLUNSR defines courage as choosing love over fear. The story of David and Goliath. is the stuff of legends, but is it a story to be left in the history books, or are we to learn anything from David’s example? When you read the passage in 1 Samuel 17, one subtle thing jumps out at you: It doesn’t seem David was planning to get in a fight that day. He was just an errand boy sent to deliver food to his brothers. He was just a bystander to a fight. As David neared the front lines, he quickly realized what was happening. He heard the taunts of Goliath, and got drawn into the situation. Something within David’s heart started to stir. David tried to get someone to answer his questions about this bully. He wanted to know what was going to be done.

David finally asked in exasperation: “Who is this uncircumcised Philistine that he should defy the armies of the living God?” David’s anger wasn’t for the threat given to himself, nor his brothers. His anger burned because someone dared to threaten and defy those chosen by his God.

When the trained professionals wouldn’t step forward, David – confident of his God’s power and protection – put five stones in his shepherd’s bag and approached the bully. Calmly, David said to Goliath, “You come against me with sword and spear and javelin, but I come against you in the name of the LORD Almighty, the God of the armies of Israel, whom you have defied” (1 Samuel 17:45).

Jesus calls us to a life of forgiveness and compassion. But even He didn’t tolerate those who dishonored God’s holy temple. With righteous indignation, Jesus turned over tables and drove out money changers within the walls of the temple, accusing them of turning His father’s house into “a den of robbers” (Mark 11:17). The Bible records many stories of men and women with moral courage. These individuals knew what was right, and were willing to take a stand in spite of their own fear. They weren’t perfect, but the heroes of our faith saw injustice as more than a personal offense, they saw it as an offense against God.

As it becomes easier to settle into a life of ambiguity, you will find it harder to summon moral outrage. The hands of God are found at the end of our own arms. We can’t be bystanders and make a difference.

You can instill moral courage into your own veins by stepping out in faith to help someone else, in spite of inherent risks. We can’t learn moral courage from a book. We can only learn it by being brave once. Then doing it again