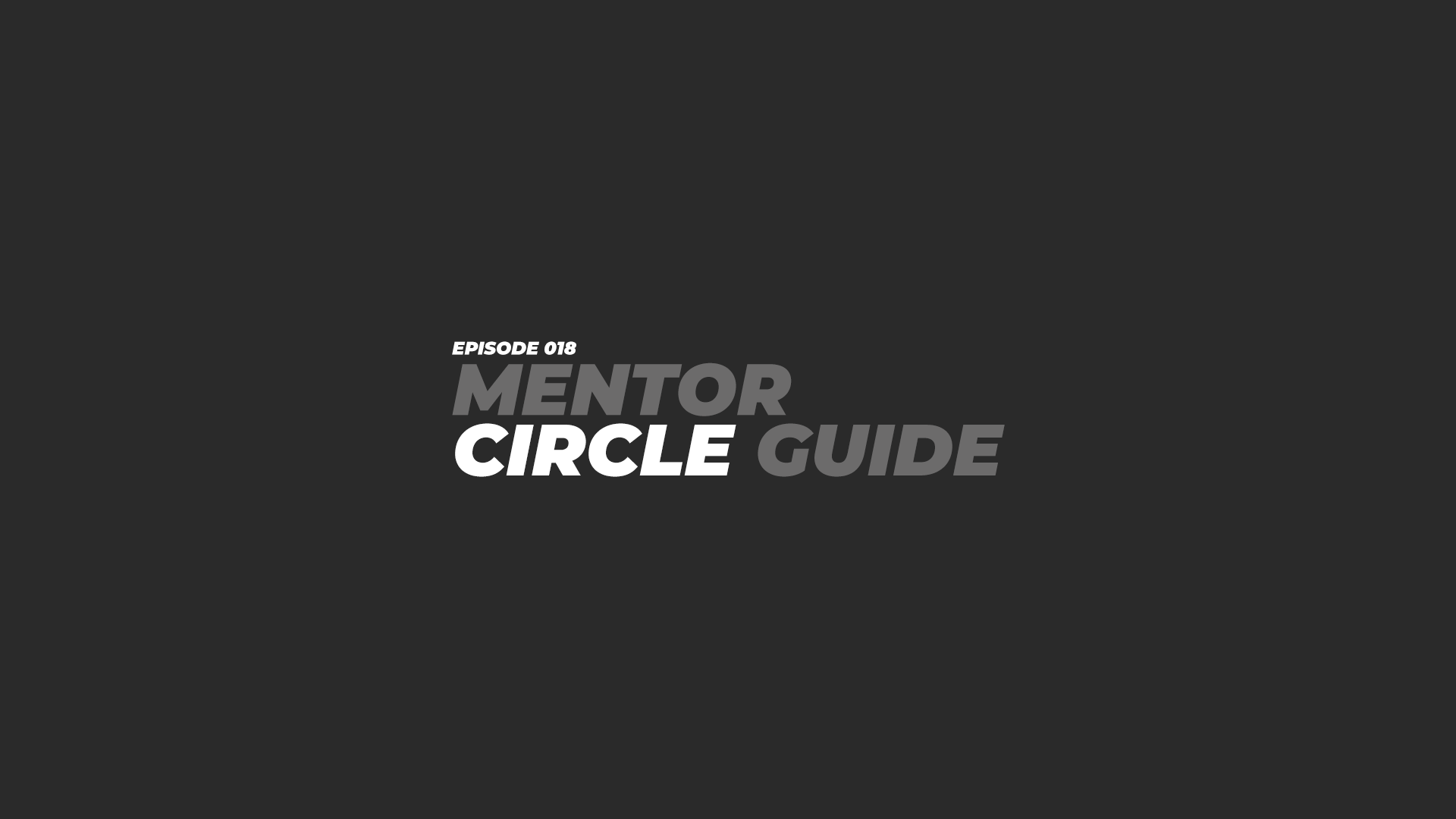 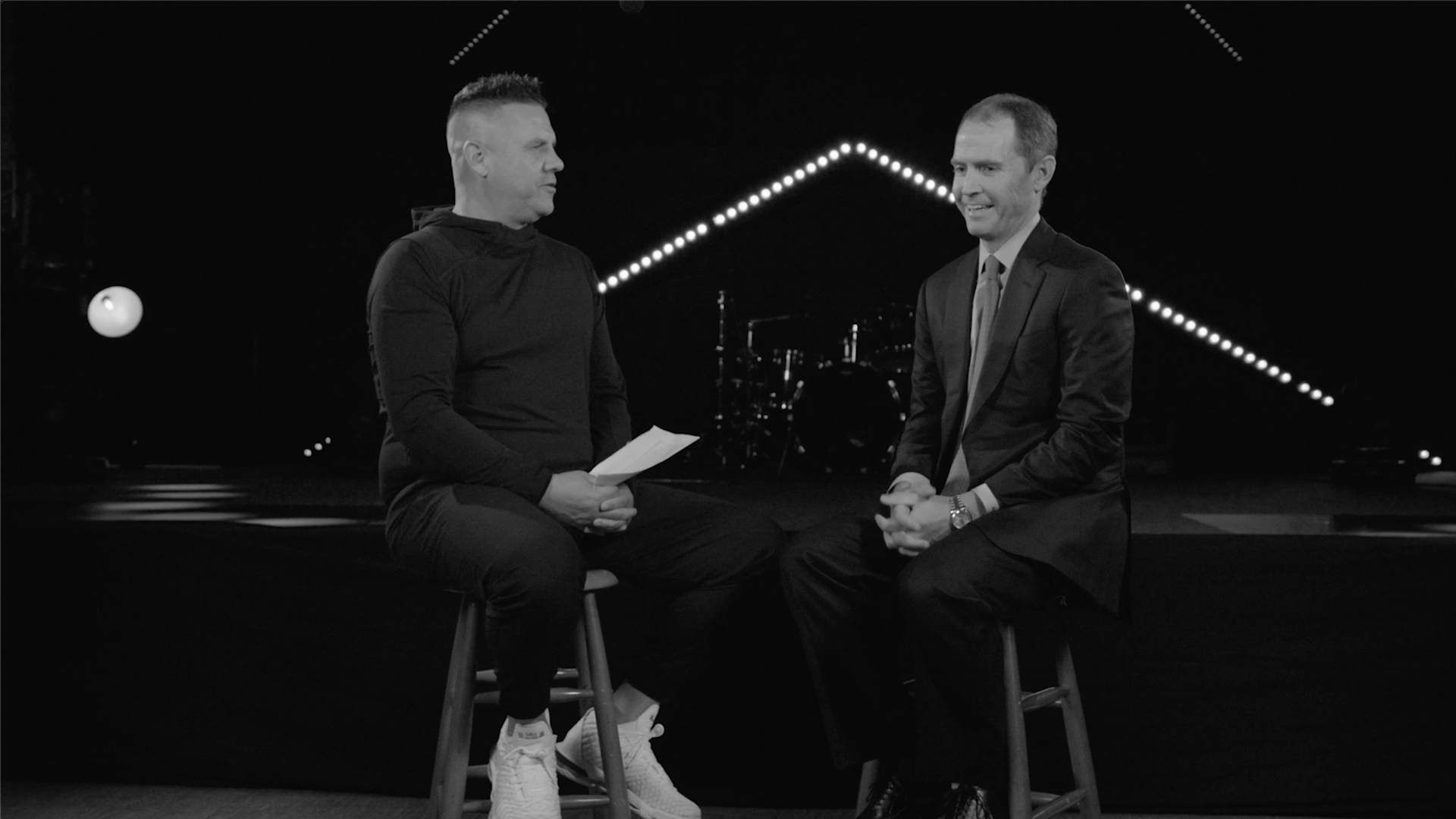 The word integrity and Wall Street are not exactly synonymous with one another. On the contrary, they tend to be archenemies it seems. So can you have integrity and handle billions of dollars for others? INFLUNSR host Stuart Hall interviewed accomplished financier Andy Harbour about just that, and some. Andy is a Managing Director with Graystone Consulting, a business of Morgan Stanley, as well as the co-founder of The Peachtree Group at Morgan Stanley in Atlanta.

Outside of the office, Andrew is an adjunct instructor in the University of Georgia’s Terry College Executive Program for over ten years, a NFLPA – Registered Player Financial Advisor, and a member of the Retirement Advisor Council which advocates for successful qualified plan and participant retirement outcomes.

”“If 40 million people say a foolish thing, it does not become a wise one.”

American philosopher Eric Hoffer once wrote, “When people are free to do as they please, they usually imitate each other.”

No matter how confident we may appear on the outside, we often lack the courage to take the road less traveled. We love to claim our independence, but the reality is that we’re often influenced by the words and actions of the masses.

In the early 20th century, Italian immigrant Charles Ponzi capitalized on this. He duped investors seeking to get rich quickly out of millions, promising them major returns on their postal coupon investments. Despite his absurd guarantee of 50 percent profit in less than two months, he still had hundreds of investors from up and down the Northeast who didn’t want to be left behind.

Ponzi seized on what’s now known as the Velvet Rope Theory. We all covet a seemingly exclusive spot inside the velvet ropes and do not want to miss out on what could be a life-transforming opportunity, regardless of how toxic the reality might actually be.

We see this all the time in leadership. People mimic how other leaders behave and how other assistants comport themselves, believing that if we act the same way, we will have the same results.

How many business executives wear black turtlenecks simply because Steve Jobs did? How many coaches put pencils above their ear not because they actually need them but because they’ve seen others do it and want to look the part?

Remember, just because someone else does something does not make that person right or mean that you must conform. You are neither right nor wrong just because the crowd disagrees with you. Being correct only comes from truth and correct reasoning, not from others’ perceptions.

You cannot lose comfort if a few people disagree with you. Stand for something you believe in, regardless of how many stand alongside you. Have the audacity to trust your knowledge and experience — even if few others do.

Apart from the huge amount of money he stole from his clients, perhaps the biggest source of outrage with Bernie Madoff and the tragic story of the fallout from his documented Ponzi scheme is the way he presented himself as a pillar of the philanthropic and financial communities when, in fact, he was running a criminal enterprise..

In thinking about how Madoff scammed everyone who was closest to him —  including his wife and children — the word integrity comes to mind.The first definition of the word integrity in the American Heritage Dictionary of the English Language is “steadfast adherence to a strict moral or ethical code.” In a case like Madoff’s it goes without saying that, by definition, integrity was not in the picture. The third definition of the word offers a more nuanced guidepost for those of us who are not inclined to engineer a massive financial fraud. Here it is: “the quality or condition of being whole or undivided, completeness.” The definition goes on to explain that the root of the word is the Latin word integritas. The word, integrate, has the same root. The primary definition for that word is “to make into a whole by bringing all parts together. To unify.”

A life lived with integrity is one that is integrated. It’s one in which everything hangs together and there is internal consistency. Yes: integrity is about honesty and ethics, but it’s more than that. It’s about living, leading and presenting yourself so that your actions in one domain are integrated with what you think, do and say in other domains. When you start to notice that your actions across domains are not integrated or unified that’s a sign that your integrity is at risk.

It is doesn’t seem that integration was much of a concern to someone like Bernie Madoff. He made a conscious decision to go in the other direction. Challenges to our integrity can sneak up on us. Regularly stepping back to assess your level of integration can be a useful way to stay true to yourself and guard your integrity.

What do you do to ensure that you live up to your goals around integrity?

In this Episode’s Version, we asked you to read the story of a Missouri inmate whose appeal of his 50-year sentence for burglary and assault has been backed by WNBA superstar Maya Moore had his conviction overturned by a state judge.

Before a packed courtroom in Jefferson City, Judge Daniel Green capped months of review by issuing a ruling that vacated the guilty verdict of the victim, Jonathan Irons, and ordered that he be released from the maximum security prison where he has been behind bars for the last 23 years.

INFLUNSR defines integrity as choosing to be defined by what is true. Maya Moore’s life is an incredible example of that choice.

What can we bring to the Lord? Should we bring him burnt offerings? Should we bow before God Most High with offerings of yearling calves? Should we offer him thousands of rams and ten thousand rivers of olive oil? Should we sacrifice our firstborn children to pay for our sins? No, O people, the Lord has told you what is good, and this is what he requires of you: to do what is right, to love mercy, and to walk humbly with your God.

Think of a time when you tried to impress another person. What did you do? Did your efforts succeed? In what ways do you often “perform” for other people to make yourself look good? What do you think it means to “do what is right”? To “love mercy?” To “walk humbly with your God?” How is the instruction of verse 8 different from the obligations of verses 6 and 7?

We encouraged you to ask for your parents or guardian’s permission, grab some friends and connect to Apple TV or iTunes to watch Just Mercy starring Michael B. Jordan and Jaime Foxx.

After graduating from Harvard, Bryan had his pick of lucrative jobs. Instead, he heads to Alabama to defend those wrongly condemned or who were not afforded proper representation, with the support of local advocate Eva Ansley (Brie Larson). One of his first, and most incendiary, cases is that of Walter McMillian (Jamie Foxx), who, in 1987, was sentenced to die for the notorious murder of an 18-year-old girl, despite a preponderance of evidence proving his innocence and the fact that the only testimony against him came from a criminal with a motive to lie. In the years that follow, Bryan becomes embroiled in a labyrinth of legal and political maneuverings and overt and unabashed racism as he fights for Walter, and others like him, with the odds—and the system—stacked against them.

Upon graduating from Harvard Law School, Bryan Stevenson moved to Montgomery, Alabama where he opened a law firm to provide legal defense for those awaiting execution on death row. He had a plethora of lucrative career options to choose from, but instead of choosing a comfortable lifestyle, he elected to serve the “least of these.” His faith inspired him to use his Ivy League education and to commit his life to serve a stigmatized population which most of society disregards. How does Stevenson’s countercultural understanding of vocation — God’s call on each of our lives — challenge you to reconsider how you define success? How does this film, your faith, and the shocking rate of error regarding death row convictions cause you to think about choosing to be defined by what is true and the death penalty?

We asked you to read the New York Times article W.N.B.A. Star Maya Moore Helped Overturn His Conviction. ‘She Saved My Life.’

A Missouri inmate whose appeal of his 50-year sentence for burglary and assault has been backed by the W.N.B.A. star Maya Moore had his conviction overturned by a state judge on Monday, March 9, 2020.

Maya Moore said, “It is so sweet to see the redemption that came from stepping away and giving what I had to this case. It feels like we are holding up that Final Four trophy…” What example of Maya Moore’s desire to be defined by what is true do you think would be hardest for you to emulate?

We asked you to watch the Ted Talk We Need To Talk About An Injustice.

In an engaging and personal talk — with cameo appearances from his grandmother and Rosa Parks — human rights lawyer Bryan Stevenson shares some hard truths about America’s justice system, starting with a massive imbalance along racial lines: a third of the country’s black male population has been incarcerated at some point in their lives. These issues, which are wrapped up in America’s unexamined history, are rarely talked about with this level of candor, insight and persuasiveness.

Bryan Stevenson tells a story about a janitor that stood in the back of a courtroom where he (Stevenson) was arguing with a judge. A deputy sheriff was offended that the janitor had come into court. And this deputy jumped up and he ran over to this older black man and said, ”Jimmy, what are you doing in this courtroom?” And this older black man stood up and he looked at that deputy and he looked at me and he said, “I came into this courtroom to tell this young man (Stevenson), keep your eyes on the prize, hold on.” What is the truth — the prize — that you struggle keeping your eyes on as it relates to the integrity of your life?

We asked you to read the Harvard article Be Careful Where You Get Your News About Coronavirus.

News about the new and deadly virus that appeared in Wuhan, China in December of 2019 is everywhere. The virus is now called severe acute respiratory syndrome coronavirus 2 (SARS-CoV-2) and the disease it causes is called COVID-19. Where should you turn for the latest information on a rapidly changing situation?

INFLUNSR believes that integrity is choosing to be defined by what is true. Our world is in pandemic because of the spread of this deadly virus. To what lengths have you gone to determine what is true about COVID-19? How does this article and the research links’ findings support or debunk the idea of integrity being a choice? Let’s discuss your thoughts.

We asked you to watch a YouTube clip entitled What Is the Coronavirus?

As a Jesus follower and a next generation leader, what do you think is your responsibility in loving your neighbor during such a confusing, unprecedented time? How can you be a person of integrity to your family, friends and the world?