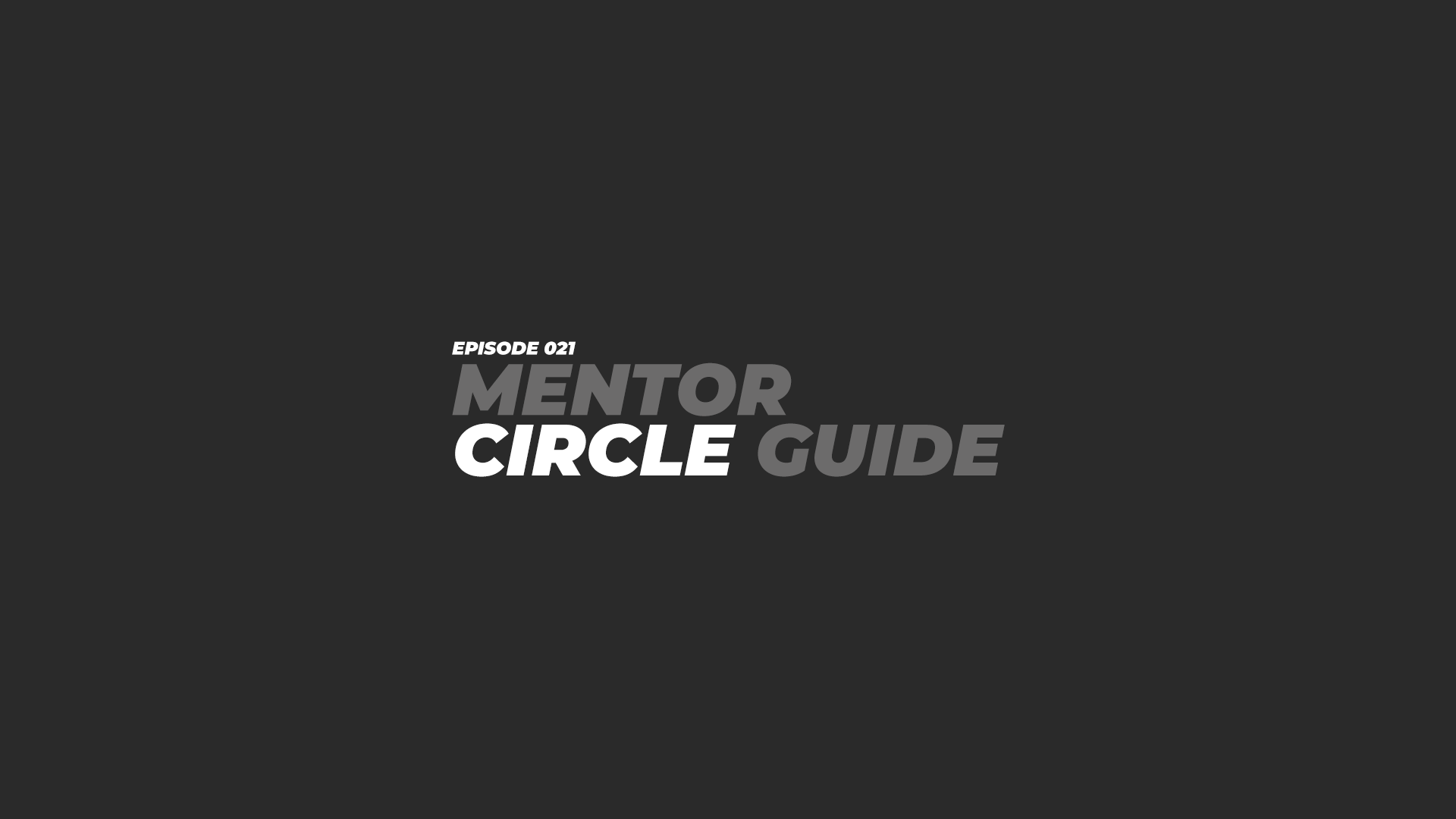 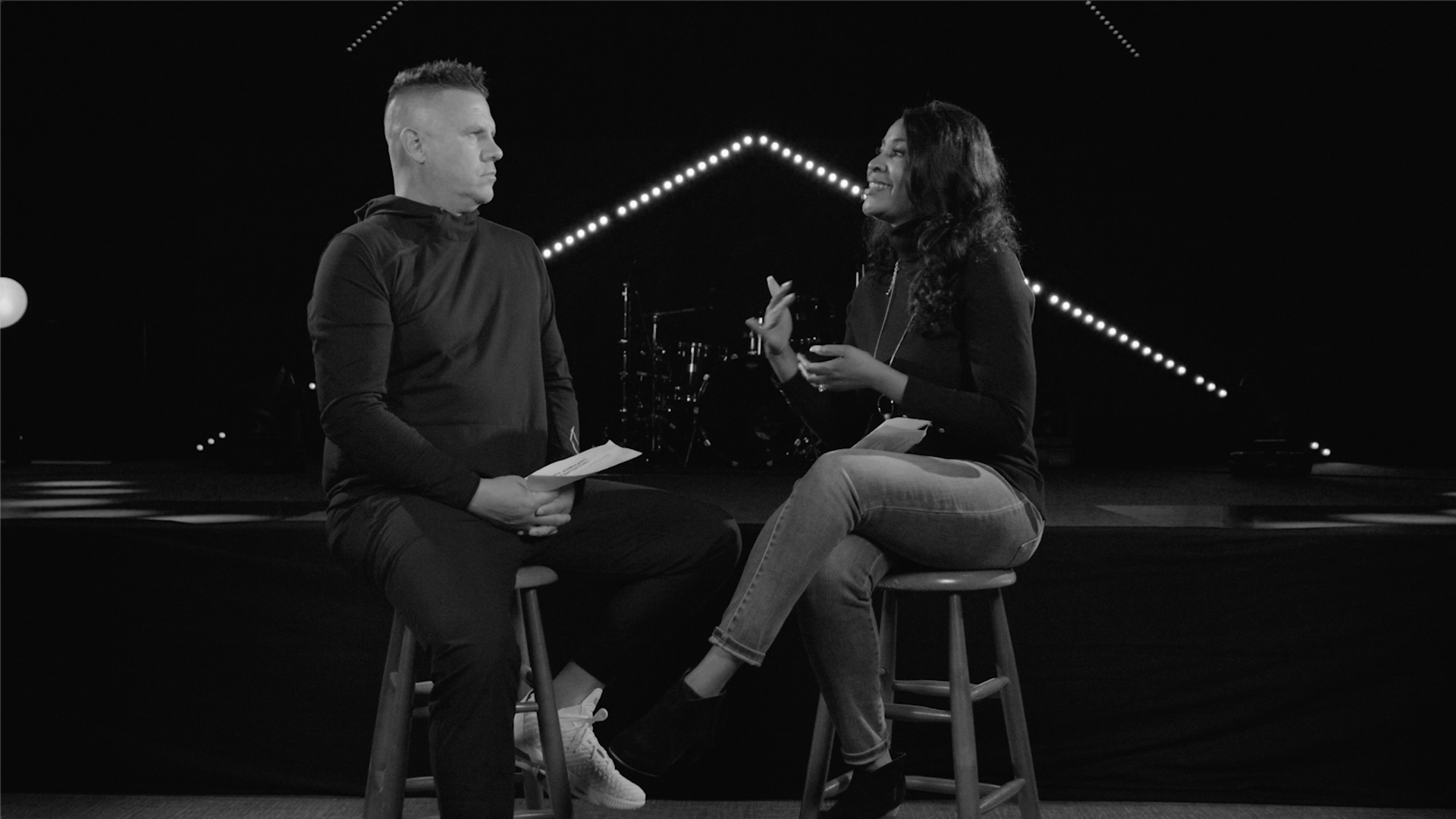 INFLUNSR defines grit as choosing passion over distraction. We are living in an unprecedented time. Thousands upon thousands of people — most of the masses made up of your generation — have protested for weeks regarding the injustice of police brutality to people of color and the systemic oppression that is our country’s original sin. To see the passion of your generation, in the face of distraction after distraction, is inspiring to generations past and present and seems to be causing a catalytic shift in the mindset of America. Grit is influential.

We asked you to read Acts 10. Consider that this is the first time Peter has ever been in the house of someone who isn’t Jewish. Peter said “I see very clearly that God shows no favoritism.” Let’s discuss this pointed question: Do you have hate, racism, bigotry, or favoritism hidden in my heart that needs to be rooted out?

In this Episode’s Version, we asked you to read the story of the evolution of LEGOS. When it comes to all things Danish, modern furniture, beer and pastries stand out, but arguably the country’s most famous export are tiny toy bricks. In 2016 alone, over 75 billion of the colorful plastic bricks were sold, and the 85-year-old company behind them reigns as one of the world’s most iconic toy manufacturers. But if it weren’t for a series of fires—and an ingenious woodworker—LEGOS may never have been built.

It’d be so nice to have God come flying down from the sky and save the day, but God doesn’t work that way. Sometimes God has a plan in the waiting and the struggling that we can’t see when we’re in the middle of it. Throughout the Scriptures God uses “tightly sealed jars” to produce something deep and lasting in the hearts and minds of the faithful. And it is interesting how tightly sealed jars produce grit. Take the story of Joseph for example: Joseph was sold into slavery by his own brothers and eventually tossed into prison. God could have crashed into that prison and sprung him out anytime, but if God had done all that, Joseph would not have been at the right place and the right time to save Egypt and his family from a famine (a very general 411 on a 911 story).

So the next time you come across a tightly sealed jar. take a moment to thank Jesus for the way He teaches us to trust in Him through tension. Ask him to prepare you to choose passion over distraction… then go find mom and dad to help you open that jar.

What is the tightly sealed jar in your life right now? Are you choosing passion or are you surrendering to distraction? Let’s discuss your thoughts.

We encouraged you to ask for your parents or guardian’s permission, connect to iTunes or Amazon (rent for free to month of June) to watch the movie Selma, the unforgettable true story chronicles the tumultuous three-month period in 1965, when Dr. Martin Luther King, Jr. led a dangerous campaign to secure equal voting rights in the face of violent opposition. The epic march from Selma to Montgomery culminated in President Johnson signing the Voting Rights Act of 1965, one of the most significant victories for the civil rights movement. Director Ava DuVernay’s “Selma” tells the story of how the revered leader and visionary Dr. Martin Luther King, Jr and his brothers and sisters in the movement prompted change that forever altered history.

Lynda Lowery turned 15 years old during the 1965 march from Selma to Montgomery. She was arrested 15 times over the years in which she participated in the civil rights movement. In this video, Lynda describes “Bloody Sunday” and the resolve that carried her through to the final march two weeks later.

INFLUNSR defines grit as choosing passion over distraction. What were the different choices that people made throughout the time portrayed in the film

that allowed for forward momentum in the movement for voting rights?

We asked you to read the INC. article What No One Tells You About Perseverance (Which Will Bring You Peace).

“In most cases, we focus on cases where perseverance (grit) actually pays off. We hone in on the Jeff Bezoses and Elon Musks, the Oprahs and Sandbergs, desperate for their tricks so we can copy what they do, and have success too. But the reality is, those cases are the exception to the rule. Far more common is for people to give it everything they’ve got and not make it, or to end up succeeding in a way they didn’t even intend. You can do absolutely everything right, but sometimes, like Barry the Bee in Bee Movie, you just keep slamming against the window, stubbornly thinking that “this time, this time, THIS time” you’ll get out and be free.” Do you believe that grit will always pay off? Let’s discuss this.

We asked you to watch the Ted Talk: The Gift and Power of Emotional Courage.

Psychologist Susan David shares how the way we deal with our emotions shapes everything that matters: our actions, careers, relationships, health and happiness. In this deeply moving, humorous and potentially life-changing talk, she challenges a culture that prizes positivity over emotional truth and discusses the powerful strategies of emotional agility.

During chaotic and uncertain times, you’re likely to experience a wide range of emotions. Fear, anger, guilt, and anxiety, to name a few. It’s common to try to push away or ignore unwanted emotions. David says this simply won’t work. Acknowledge what you’re feeling, and don’t beat yourself up for feeling any particular way. No particular emotion is “good” or “bad.” Instead of judging yourself for having any particular emotions, try to look at them as data to inform how you act. And if grit is choosing passion over distraction, then emotions like fear, anger and guilt can be more than distracting. What are your primary emotions right now in such an uncertain time? Are these emotions distracting you?

We asked you to read the CNN article Why Gen Z Will Be Hit the Hardest by the Financial Fallout from Coronavirus.

As a disease, coronavirus disproportionately preys on the elderly. But Generation Z, at least in the short term, is set to bear the brunt of the ensuing financial chaos.

INFLUNSR believes that grit is choosing passion over distraction. Research from the Resolution Foundation suggests that those who leave education during recessions suffer from lower unemployment rates and depressed pay for years after the event. Money and economic stability are not everything, but high school points to college or a career path, and college points towards some sort of career path. How does your development of grit — choosing passion over distraction — prepare you for what lies ahead? Let’d discuss your thoughts…

We asked you to watch Ted Talk entitled Overcoming Obstacles.

When faced with a bump in the road, sometimes we forget we have a choice: overcome the obstacle or let it overcome you. Steven Claunch, who was born without fingers on his right hand and with one leg shorter than the other and has excelled in basketball nonetheless, explains why obstacles can provide an opportunity to both inspire others and develop character.

How does Steven exemplify grit, choosing passion over distraction?