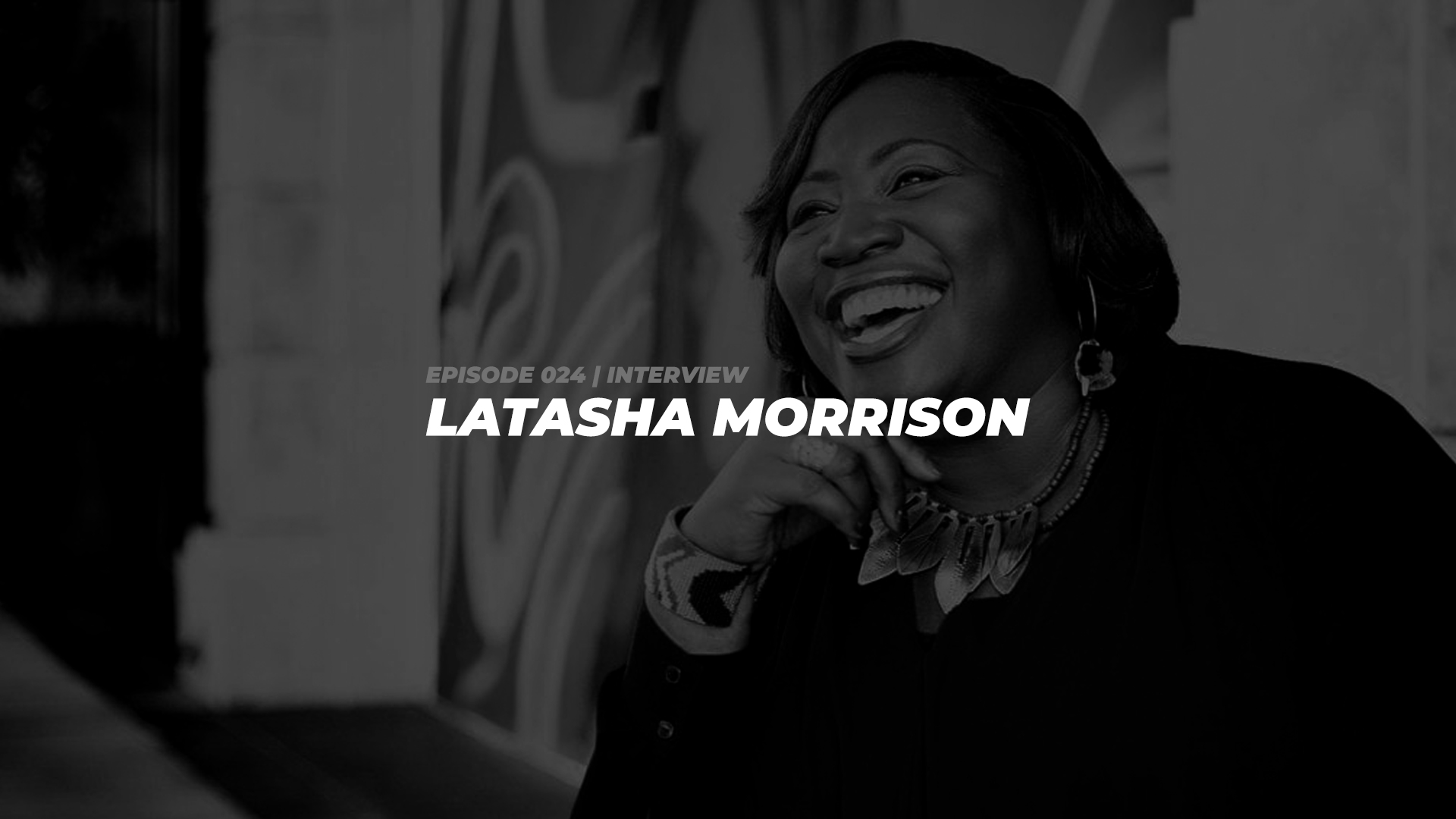 Latasha Morrison is a bridge-builder, reconciler and a compelling voice in the fight for racial justice. When she speaks, she expresses a passion for social justice issues across the globe. She has taken her message to audiences across the country at events that include: IF: Gathering, Justice Conference, Youth Specialties, Catalyst, Barna’s State of Pastors Conference, Orange Conference, MOPS International and many others. A native of North Carolina, Tasha earned degrees in human development and business leadership. After excelling in corporate positions, she began working on staff at churches in Georgia and Texas. At the heart of this incredible woman is encouraging racial reconciliation among all ethnicities, to promote racial unity in America, and to develop others to do the same. To this end, in 2016 Latasha founded Be the Bridge to inspire and equip ambassadors of racial reconciliation. Her first book, Be the Bridge, was released in October 2019 and became a New York Times bestseller.

America is an old house. We can never declare the work over. Wind, flood, drought and human upheavals batter a structure that is already fighting whatever flaws were left unattended in the original foundation. When you live in an old house, you may not want to go into the basement after a storm to see what the rains have wrought. Choose not to look, however, at your own peril. The owner of an old house knows that whatever you are ignoring will never go away. Whatever is lurking will fester whether you choose to look or not. Ignorance is no protection from the consequences of inaction. Whatever you are wishing away will gnaw at you until you gather the courage to face what you would rather not see.

We in the developed world are like homeowners who inherited a house on a piece of land that is beautiful on the outside, but whose soil is unstable loam and rock, heaving and contracting over generations, cracks patched but the deeper ruptures waved away for decades, centuries even. Many people may rightly say, “I had nothing to do with how this all started. I have nothing to do with the sins of the past. My ancestors never attacked indigenous people, never owned slaves.” And, yes. Not one of us was here when this house was built. Our immediate ancestors may have had nothing to do with it, but here we are, the current occupants of a property with stress cracks and bowed walls and fissures built into the foundation. We are the heirs to whatever is right or wrong with it. We did not erect the uneven pillars or joists, but they are ours to deal with now.

And any further deterioration is, in fact, on our hands. 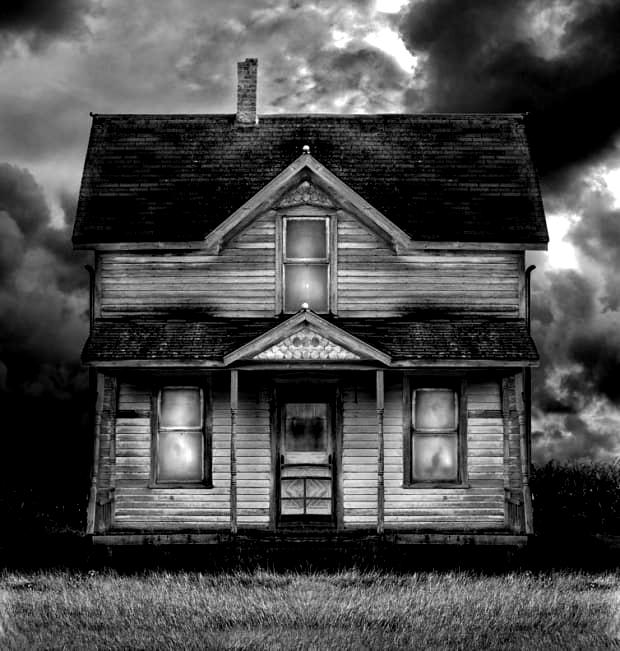 Unaddressed, the ruptures and diagonal cracks will not fix themselves. The toxins will not go away but, rather, will spread, leach, and mutate, as they already have. When people live in an old house, they come to adjust to the idiosyncrasies and outright dangers skulking in an old structure. They put buckets under a wet ceiling, prop up groaning floors, learn to step over that rotting wood tread in the staircase. The awkward becomes acceptable, and the unacceptable becomes merely inconvenient. Live with it long enough, and the unthinkable becomes normal. Exposed over the generations, we learn to believe that the incomprehensible is the way that life is supposed to be.

The inspector was facing the mystery of the misshapen ceiling, and so he first held a sensor to the surface to detect if it was damp. The reading inconclusive, he then pulled out the infrared camera to take a kind of X-ray of whatever was going on, the idea being that you cannot fix a problem until and unless you can see it. He could now see past the plaster, beyond what had been wallpapered or painted over, as we now are called upon to do in the house we all live in, to examine a structure built long ago.

Like other old houses, America has an unseen skeleton, a caste system that is as central to its operation as are the studs and joists that we cannot see in the physical buildings we call home. Caste is the infrastructure of our divisions. It is the architecture of human hierarchy, the subconscious code of instructions for maintaining, in our case, a four-hundred-year-old social order. Looking at caste is like holding the country’s X-ray up to the light. 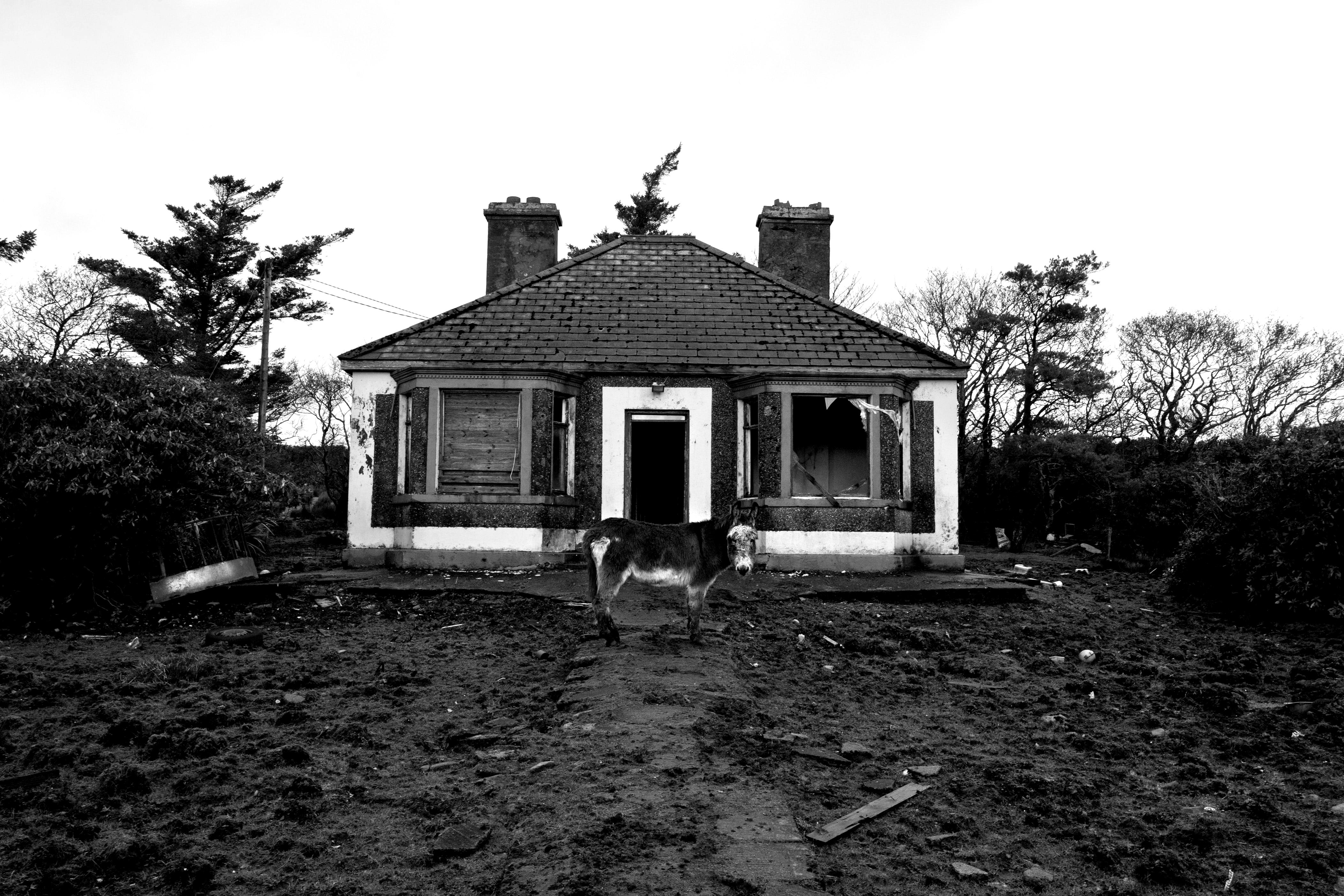 A caste system is an artificial construction, a fixed and embedded ranking of human value that sets the presumed supremacy of one group against the presumed inferiority of other groups on the basis of ancestry and often immutable traits, traits that would be neutral in the abstract but are ascribed life-and-death meaning in a hierarchy favoring the dominant caste whose forebears designed it. A caste system uses rigid, often arbitrary boundaries to keep the ranked groupings apart, distinct from one another and in their assigned places.

Throughout human history, three caste systems have stood out. The tragically accelerated, chilling, and officially vanquished caste system of Nazi Germany. The lingering, millennia-long caste system of India. And the shape-shifting, unspoken, race-based caste pyramid in the United States. Each version relied on stigmatizing those deemed inferior to justify the dehumanization necessary to keep the lowest-ranked people at the bottom and to rationalize the protocols of enforcement. A caste system endures because it is often justified as divine will, originating from sacred text or the presumed laws of nature, reinforced throughout the culture and passed down through the generations.

As we go about our daily lives, caste is the wordless usher in a darkened theater, flashlight cast down in the aisles, guiding us to our assigned seats for a performance. The hierarchy of caste is not about feelings or morality. It is about power—which groups have it and which do not. It is about resources—which caste is seen as worthy of them and which are not, who gets to acquire and control them and who does not. It is about respect, authority, and assumptions of competence—who is accorded these and who is not.

As a means of assigning value to entire swaths of humankind, caste guides each of us often beyond the reaches of our awareness. It embeds into our bones an unconscious ranking of human characteristics and sets forth the rules, expectations, and stereotypes that have been used to justify brutalities against entire groups within our species. In the American caste system, the signal of rank is what we call race, the division of humans on the basis of their appearance. In America, race is the primary tool and the visible decoy, the front man, for caste.

Excerpted from Caste: The Origins of Our Discontent by Isabel Wilkerson.

““A century after the slaveholder spoke those words, the caste system had survived and mutated, its pillars intact. America was fighting in World War II, and the public school district in Columbus, Ohio, decided to hold an essay contest, challenging students the consider the question, “What to do with Hitler after the War?” It was the spring of 1944, the same year that a black boy was forced to jump to his death, in front of his stricken father, over the Christmas card the boy had sent a white girl at work. In that atmosphere, a sixteen-year-old African American girl thought about what should befall Hitler. She won the student essay contest with a single sentence:

“Put him in a black skin and let him live the rest of his life in America.””

Caste: The Origins of Our Discontent by Isabel Wilkerson

INFLUNSR defines integrity as choosing to be responsible to what is true. Let’s wrestle with this idea as we consider the example of Samuel in the Old Testament…

Even in ancient Israel, godly leaders were not easy to find. Samuel, one of the nation’s greatest leaders, was one of a few. Samuel’s mother took him to the Temple when he was a young boy, and he lived there with Eli the high priest. As he lived and grew older in the Temple, Samuel observed men and women offering their worship to God.

One of the defining moments in Samuel’s life occurred while he still really young: God commissioned him to deliver a rebuke to Eli, the high priest. Samuel was afraid to tell Eli the vision (1 Samuel 3:15) but he chose love over fear and communicated all that God had communicated to him. That set Samuel on a path of integrity that would last all of his life.

As Samuel grew up, the Lord was with him, and everything Samuel said proved to be reliable. (1 Samuel 3:19)

The integrity with which he lived and led may be demonstrate best by the challenge he extended, near the end of his life, to the people he had served for many years (1 Samuel 12:1-5). He invited anyone he had cheated or wronged to come forward and he promised to rectify the situation. The unanimous response (vs. 4) is a declaration of Samuel’s integrity, especially coming from the people themselves.

Leadership for Samuel was a responsibility, an honor. He demonstrated integrity because it was not his intention to demonstrate integrity. He was honest because his intention was not to be an honest man. He was simply responsible to what is true.

Spend some time today journaling your thoughts on how Tasha’s interview, the excerpt from Caste and the example of Samuel mesh with you as a next generation leader. What does love require of you today as it relates to racism in America? Is racism a spiritual issue or a political issue? Do the heavy lifting today…