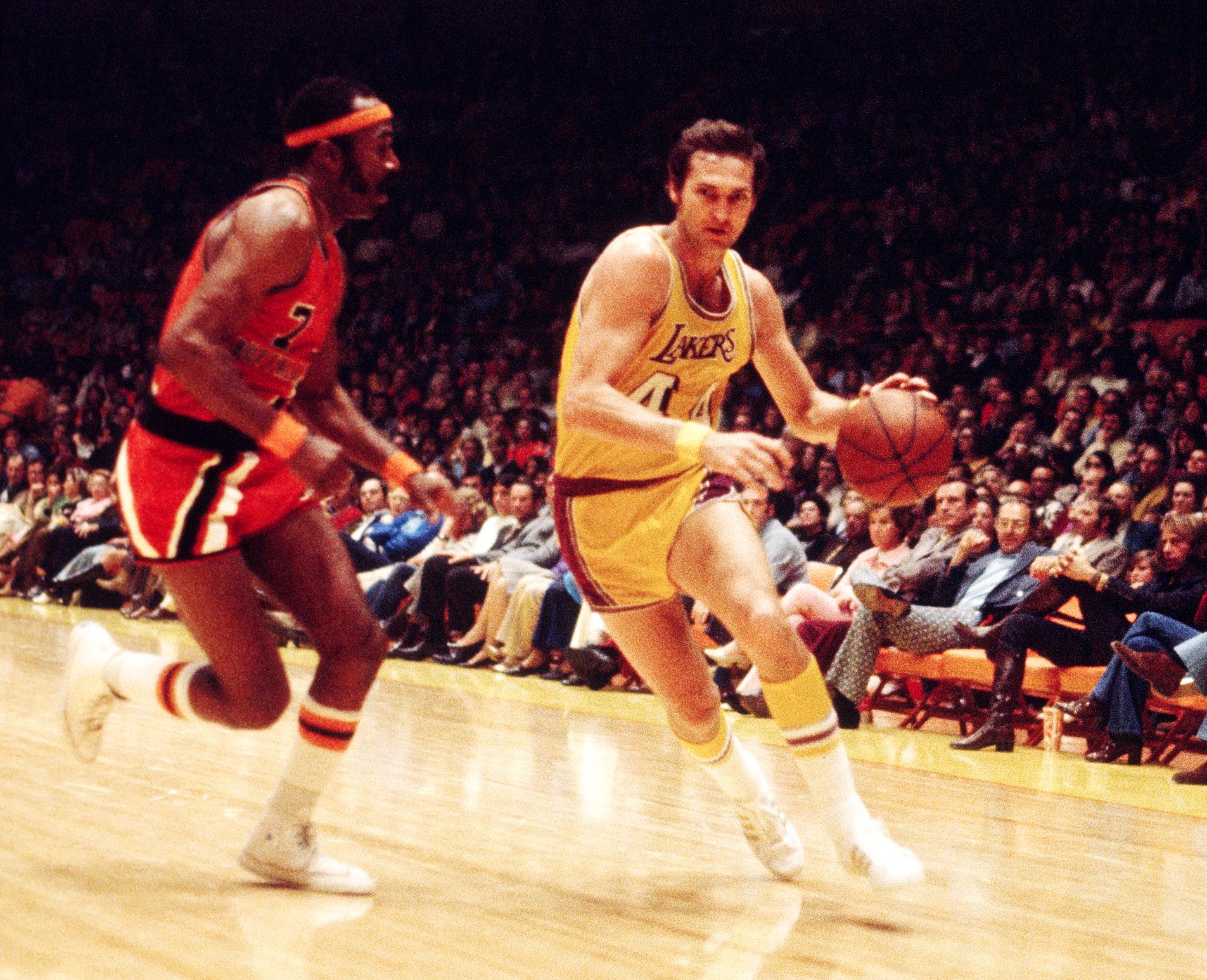 A Lesson From A Legend

I must have looked like a spellbound middle school girl at a Hanson concert (minus the decibel defying screaming). Jerry West, a basketball legend, Mr. Clutch, the NBA logo man for crying out loud, had just walked out on the court…

It was the summer after my freshman year in high school; a year that had allowed me unheralded success on the varsity basketball team. The season had gone surprisingly well. Too well in fact. Success had gone to my head a bit. It was quickly deflated in the first day as an invited camper at Auburn University’s summer basketball camp. At night, the invited campers would play with and against the Auburn University Tigers basketball team. The first night, my first three times down the court a basketball player disguised as the Goodyear Blimp dunked on me. His name was Charles Barkley. I realized after the first dunk that I was not as good as I thought I was. The other two were just for effect.

Now, I sat on Auburn University’s Beard Coliseum floor, a confidence-destroyed wreck, only a few feet from a living basketball legend. Jerry West, retired as an active player and then in upper management with the Los Angeles Lakers, had been invited to give a 30-minute lecture on the fundamentals of shooting a basketball to the high school campers sitting around one end of the court. In my mind, although he was a legend, a retired basketball player dialoguing about the intricacies of shooting would be about as exciting as Warren Buffett performing at a karaoke bar. Not exactly exhilarating stuff. However, the minutes that followed changed basketball for me and, in many ways, my life.

Wearing a lapel microphone, Mr. West began to talk about shooting in a way I had never heard. He was hysterically funny. His points were so simple, easy to understand and apply, and made perfect sense. His real-life stories had us all amazed and stupefied. But what made those 30 minutes so amazing and unforgettable was the fact that, the entire time he spoke about shooting a basketball, he was actually shooting a basketball AND NEVER MISSED A SHOT. Not one. Nada. Zero. From everywhere on the floor: baseline, three-point range, free throws. For 30 minutes straight! His last shot was from behind the backboard and hit nothing but net. The entire crowd simultaneously went nuts. It was, without a doubt, the most amazing display of information and application I have ever witnessed. I have goose bumps right now just thinking about it!

After Mr. West was done, he allowed the campers to ask him questions. One of the first questions was “How can I become a great shooter like you?” I will never forget his answer. With a serious tone in his voice and a straight face, Mr. West replied, “Shut up and shoot.” He continued by communicating that too many young players talk a great game but don’t apply what they know to become great. Thus his answer. Shut up and shoot.

It is not a difficult stretch to parallel a shooting clinic by Jerry West and our need as Jesus people to apply what we know to be true about Jesus. Let’s face it: without any ability to personalize and apply truth, it cannot make us better or wiser: only smarter. Unfortunately, the churches of our country are jam packed with people that know an awful lot and apply very little of what they know. There are too many armchair quarterbacks in life and in this journey of faith. People that are quick to say, “This is what you should have done. This is what I would have done. This is what you could have done.” All the while living a flimsy faithless life of wishful thinking and fearful reality.

What is it that you have done with what you know?

I am learning now in faith what I learned then about basketball. Shut up and shoot. Practice what you know. Over and over and over. Obedience to this degree builds the kind of faith that pleases God and allows you and I the confidence to stand before a skeptical crowd and leave them wondering “Why?”

Learn a lesson from a legend. Choose to be responsible to what you know is true.